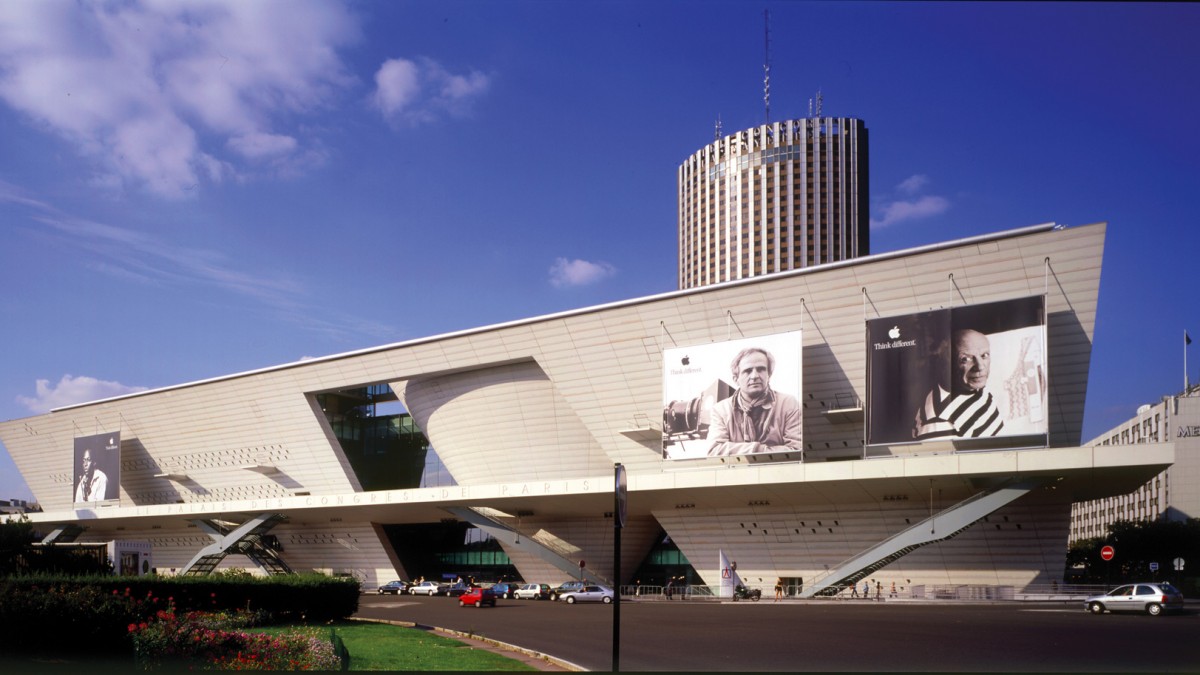 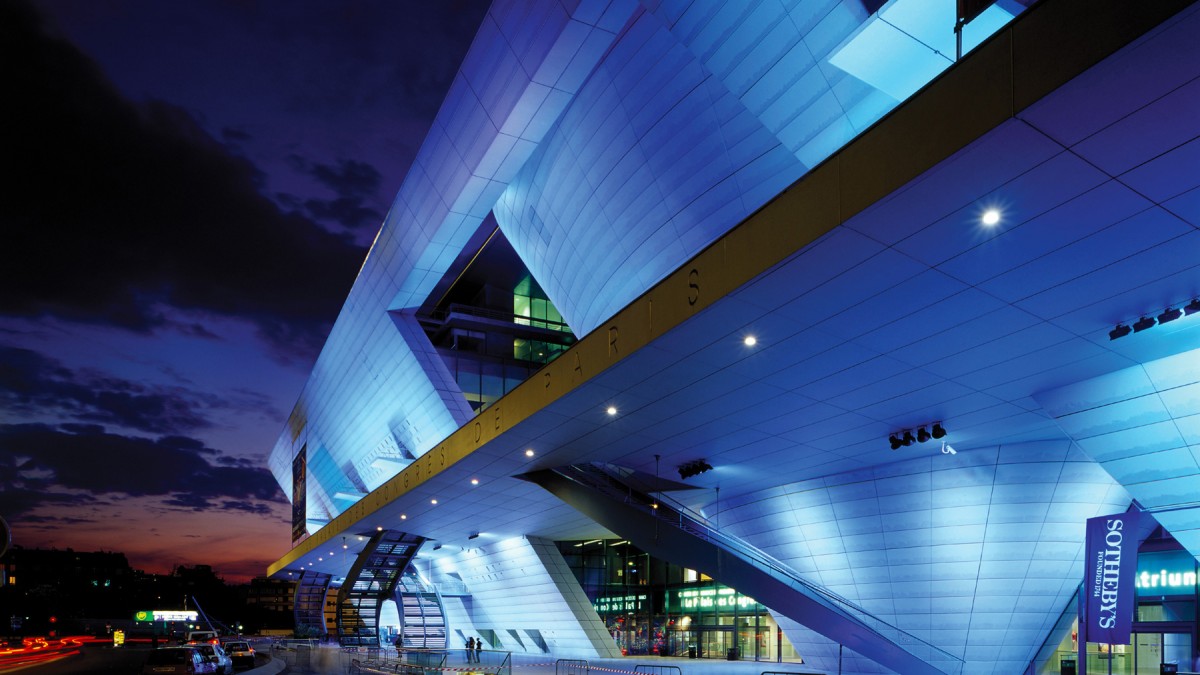 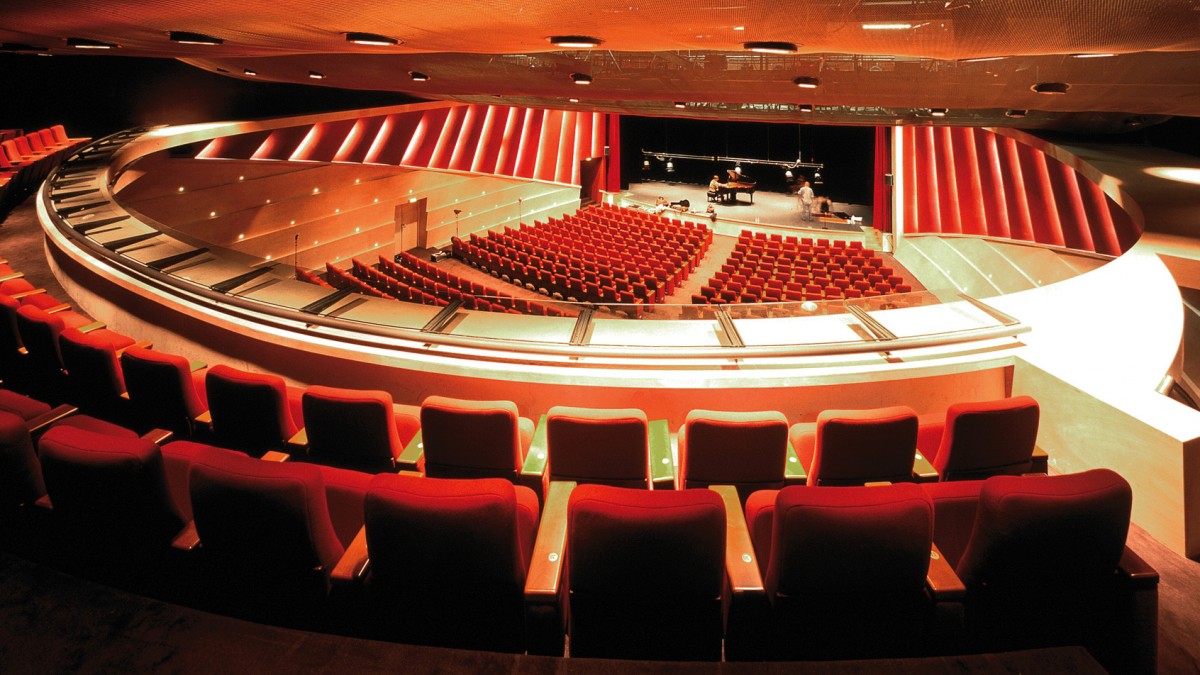 Extension of the Paris Convention Center 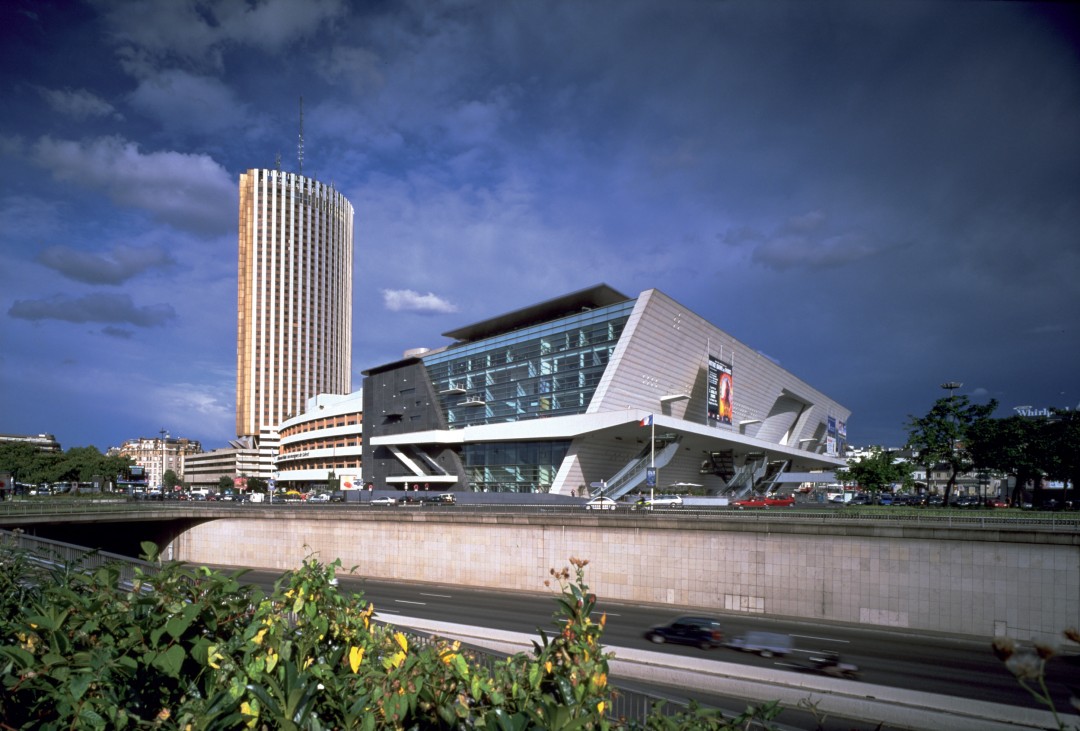 A sloping facade and a large cone give a new look to this gateway into Paris.
The project consisted in adding 40,000 square meters to the existing Palais des Congrès of Paris, and its 2,400-seats auditorium, which are from 1973, by creating exhibition spaces, a new auditorium, new offices as well as extending the commercial centre.
The sloping facade combined with the large balcony freed up space on the parvis, which was very cramped and made it possible to gain wide exhibition space inside, because it allowed to ensure the evacuation of the auditorium outdoors by avoiding numerous internal fire escapes.

At the entrance, a large cone, set at a tangent, accommodates meeting rooms at different levels and a new auditorium in its upper section.
This project transforms the appearance and impact of the building on the Porte Maillot. This is now seen as a thoroughfare along the major Louvre-La Défense axis rather than a square. 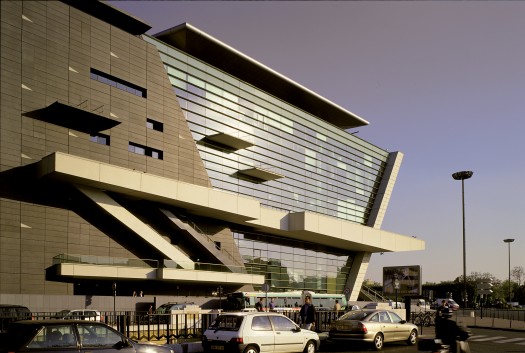 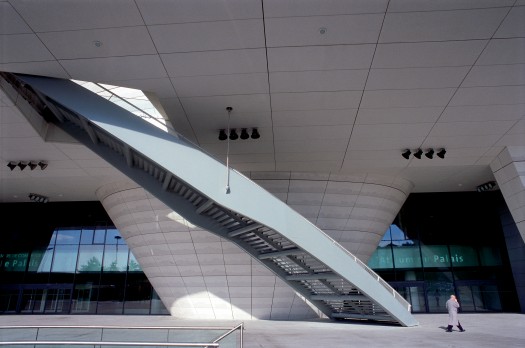 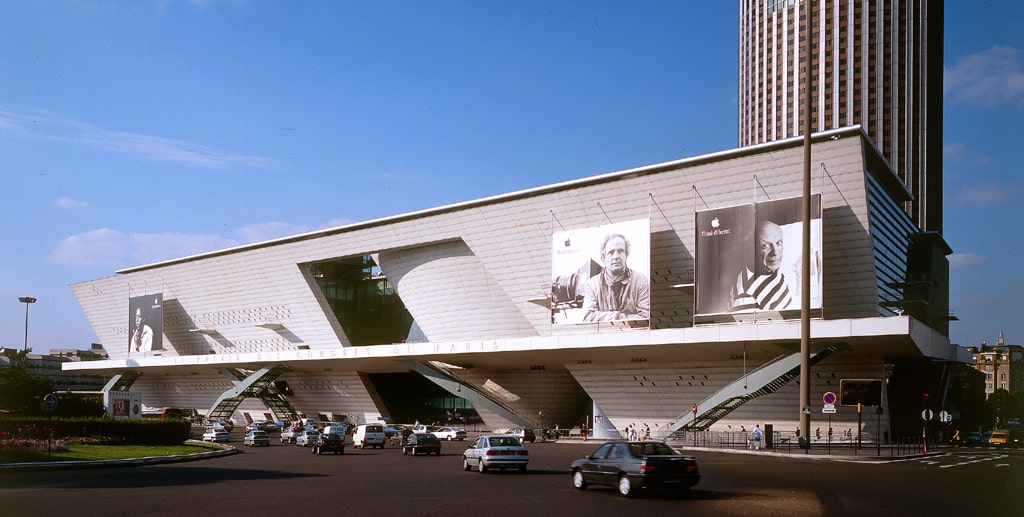 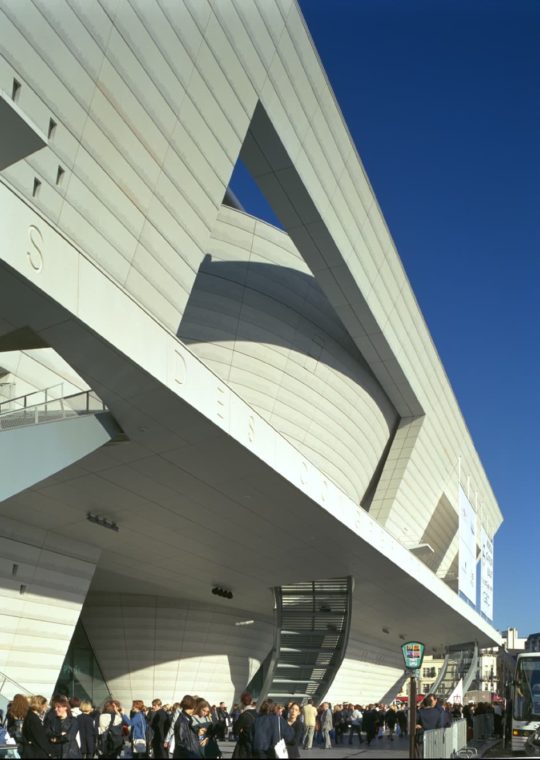 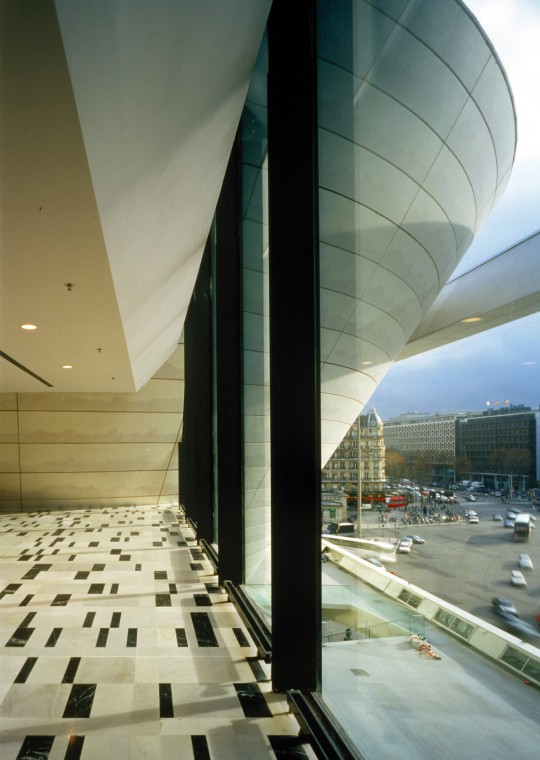 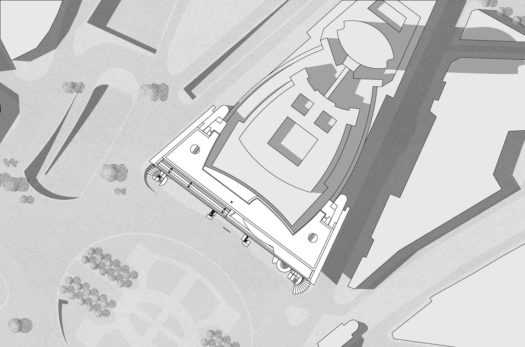 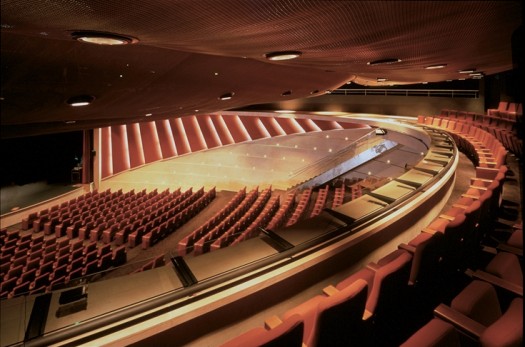 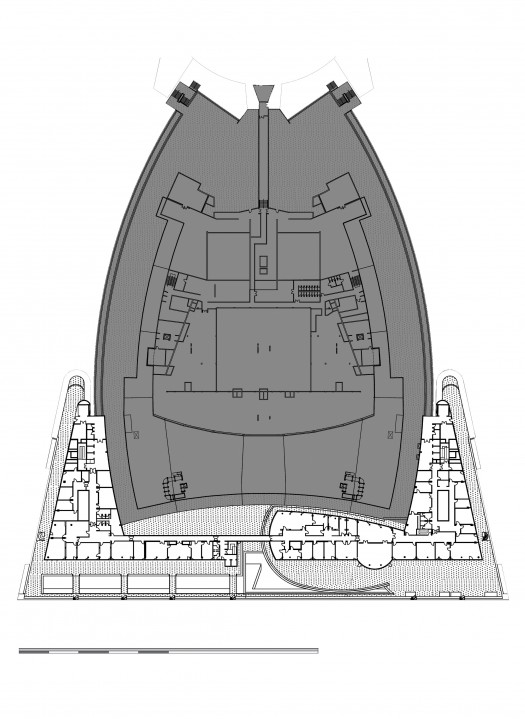