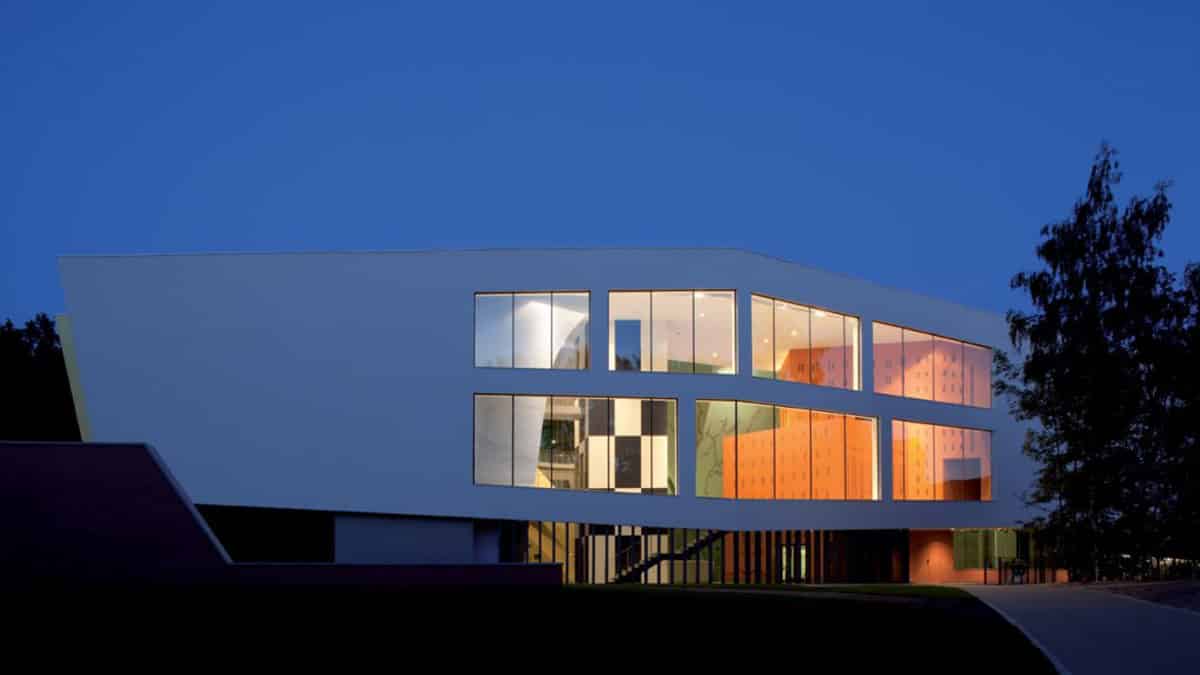 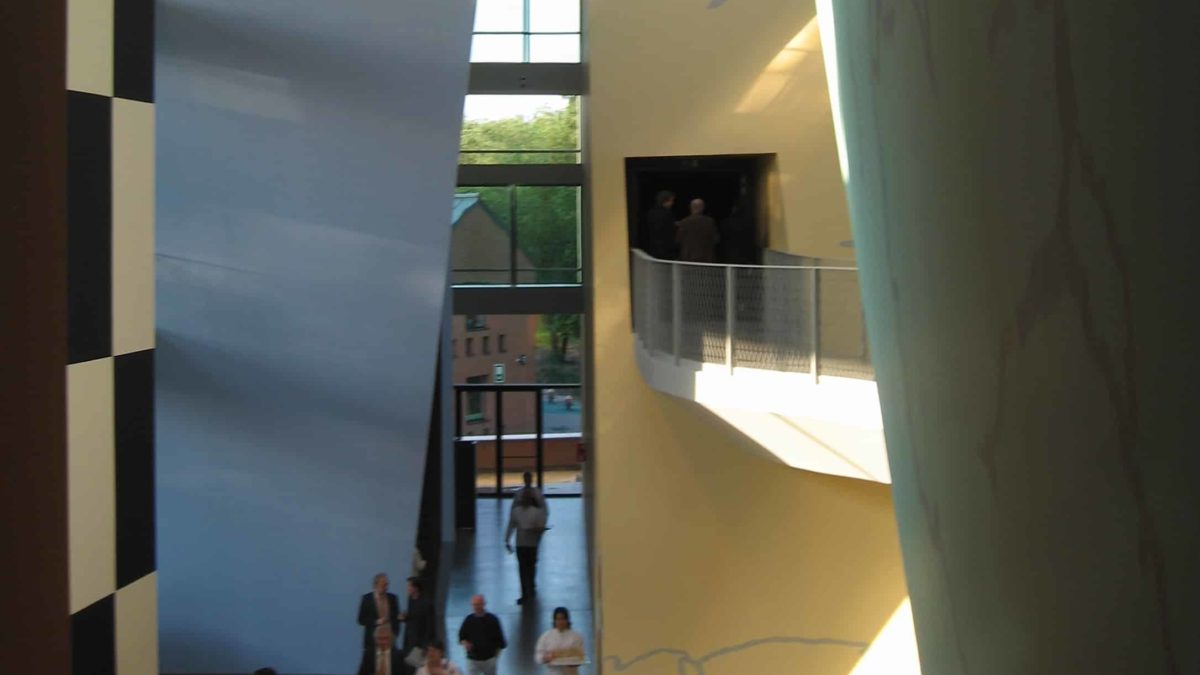 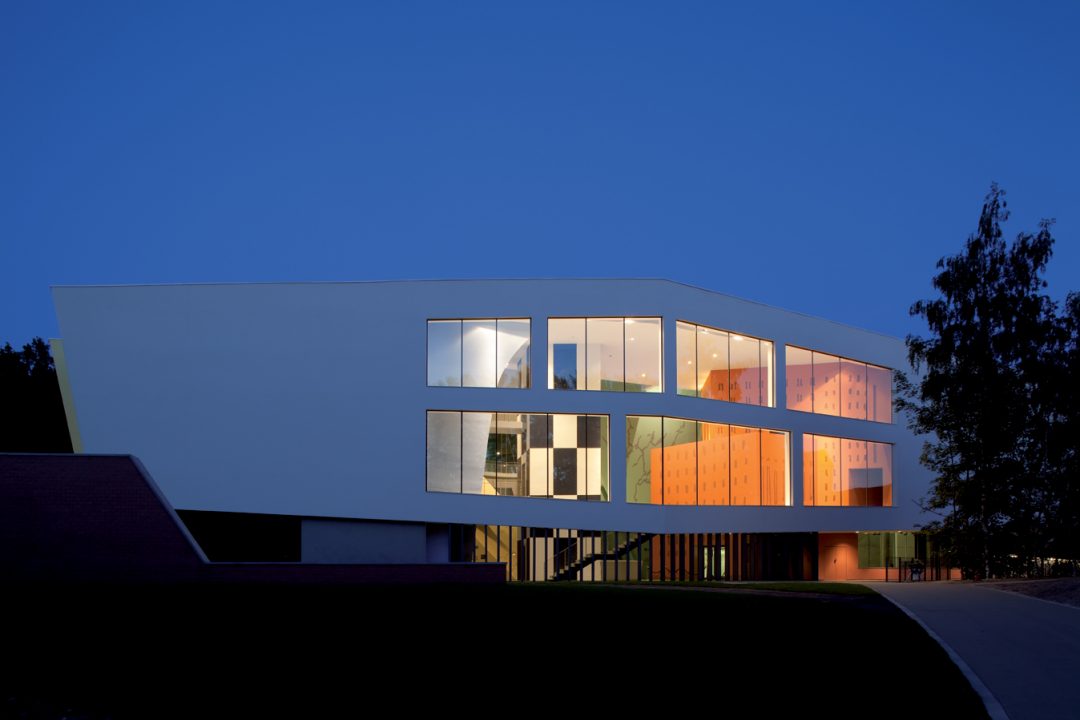 Fanny Rodwell wanted to create a museum intended for the work of her husband, Hergé, the Belgian creator of The Adventures of Tintin. Christian de Portzamparc designed it as strong architecture, space of surprises, events and colors. The route is an almost narrative sequence, prolonging the art of the “ligne claire” style and the color, in a space-tribute in the work of Hergé and in the comic strip. Joost Swarte realized the museography inside rooms, which is not shown here.
Located on the outskirts of Louvain-la-Neuve where, along a quayside, the town overlooks a park, the volume of the museum is an elongated prism which seems to float in a forest of mature trees. The road winds below. From the quayside, a footbridge reaches out towards the museum as it would towards a boat. Looking at the Musée Hergé, what we see at first is a colored and dreamlike interior.
This internal world, the simple volumes of the reception area, is glimpsed through large glass windows resembling comic strip frames. A tower-like elevator rises through the floors of the four opaque volumes of the museum, each with its own personality and color, where the rooms dedicated to the artist and staged by Joost Swarte are located.

Each of these volumes is a kind of character. Each carries an over-sized extract of Hergé’s touch. To these four “objects” we can add a fifth, the vertical elevator shaft in white and dark blue. A dreamlike mixture of nature and city, the project mixes indoors and outdoors, small and big. Did we enter a drawing? The spirit of Lewis Carroll is not far away. 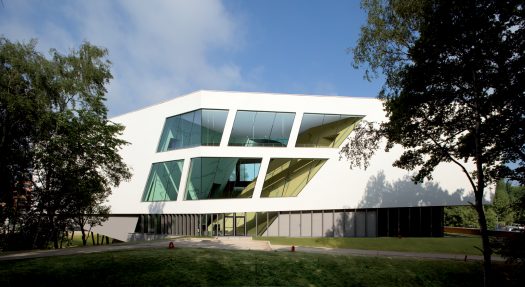 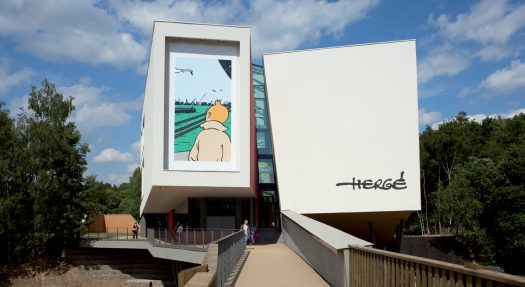 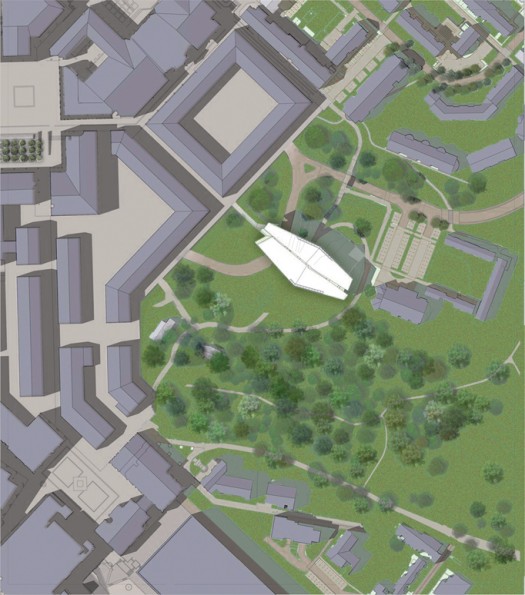 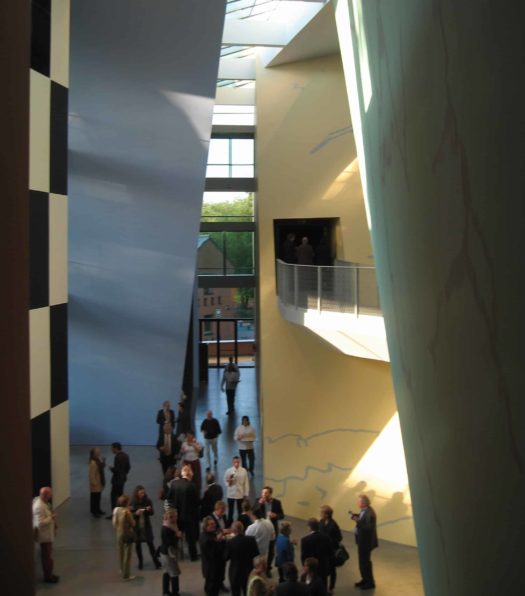 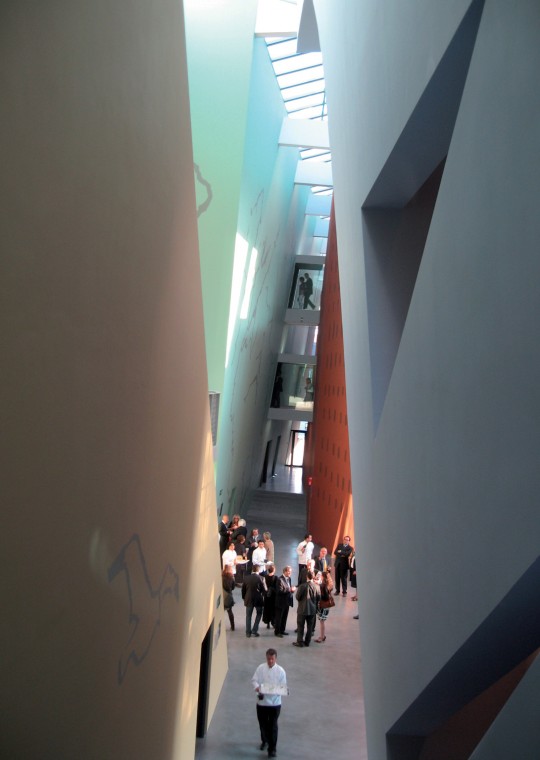 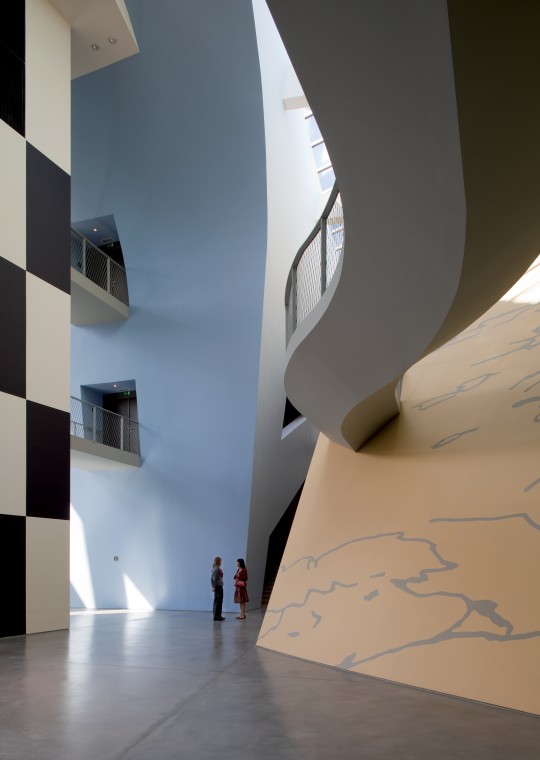 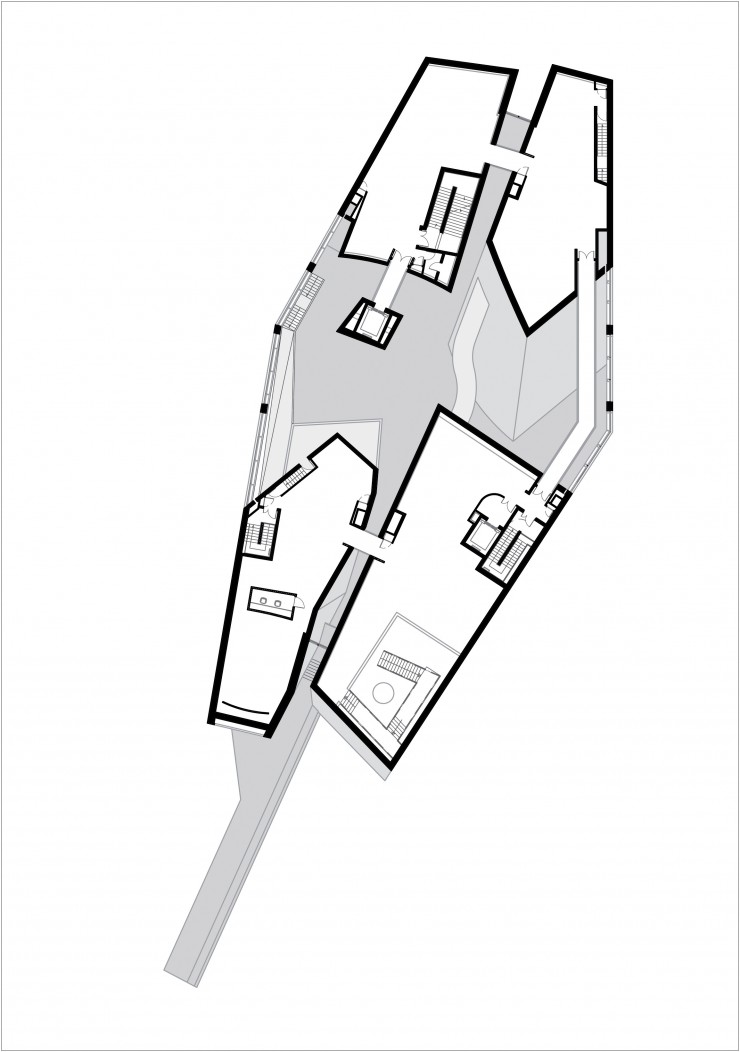 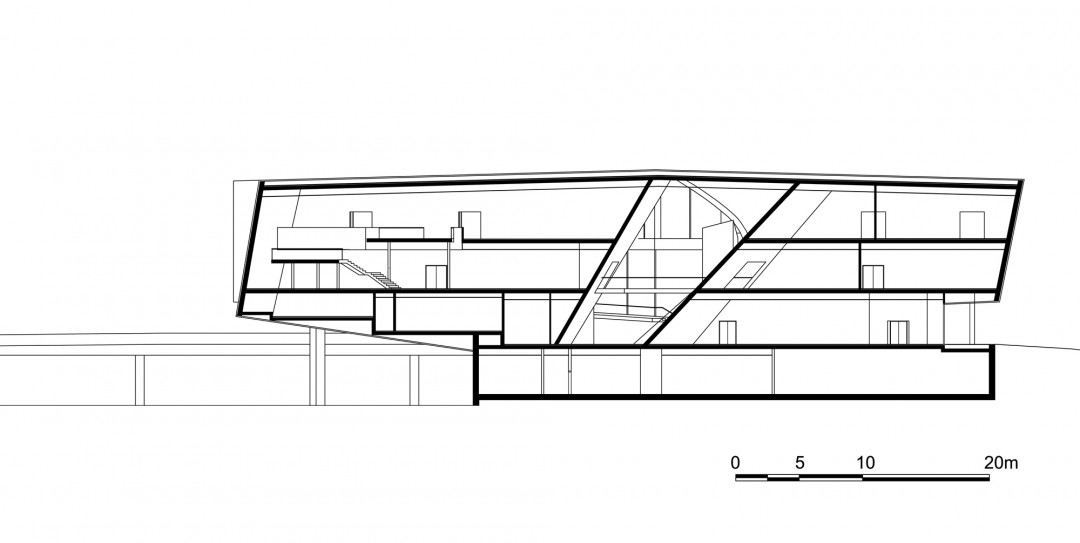