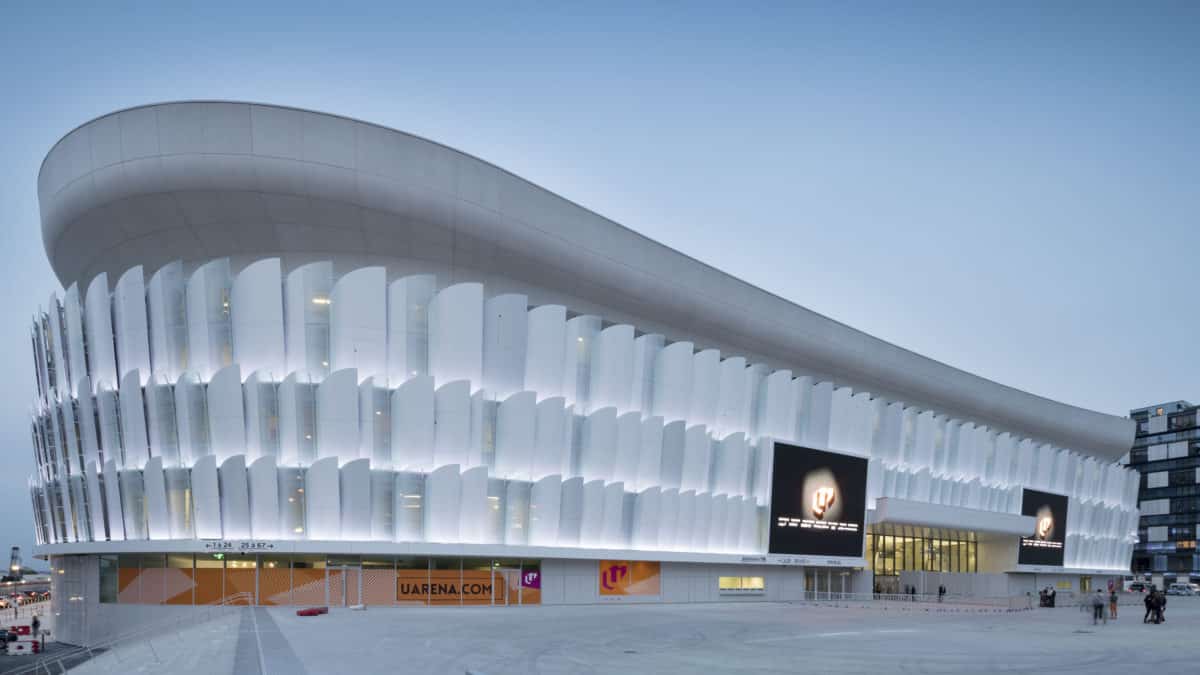 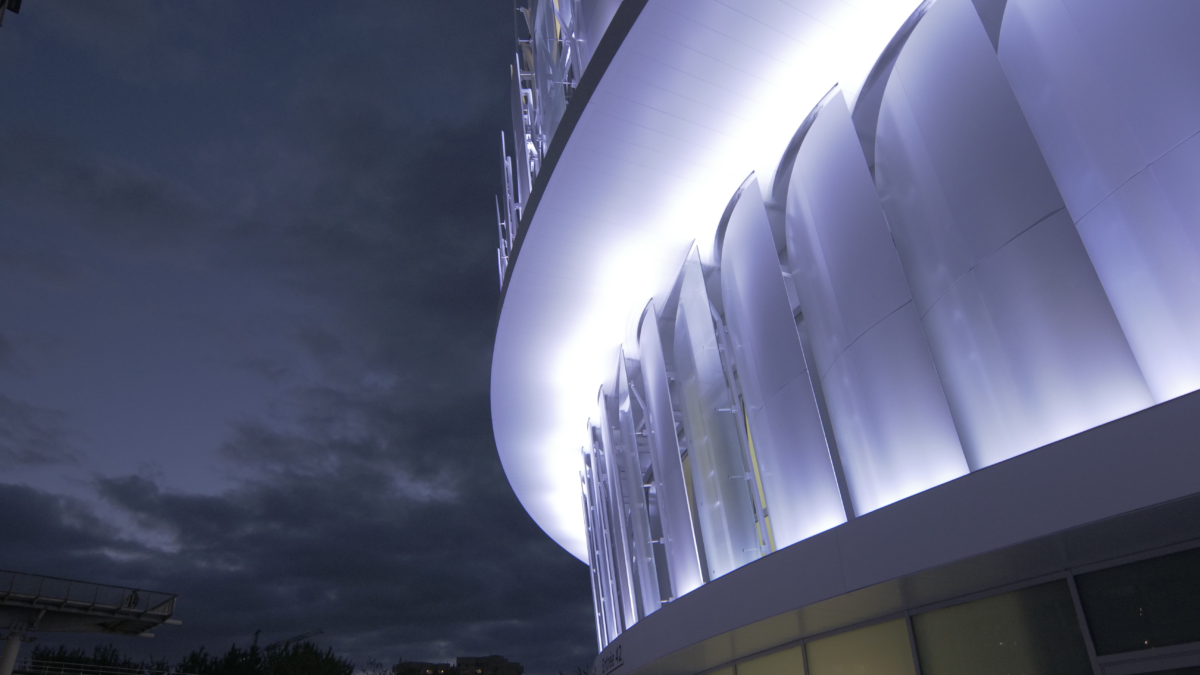 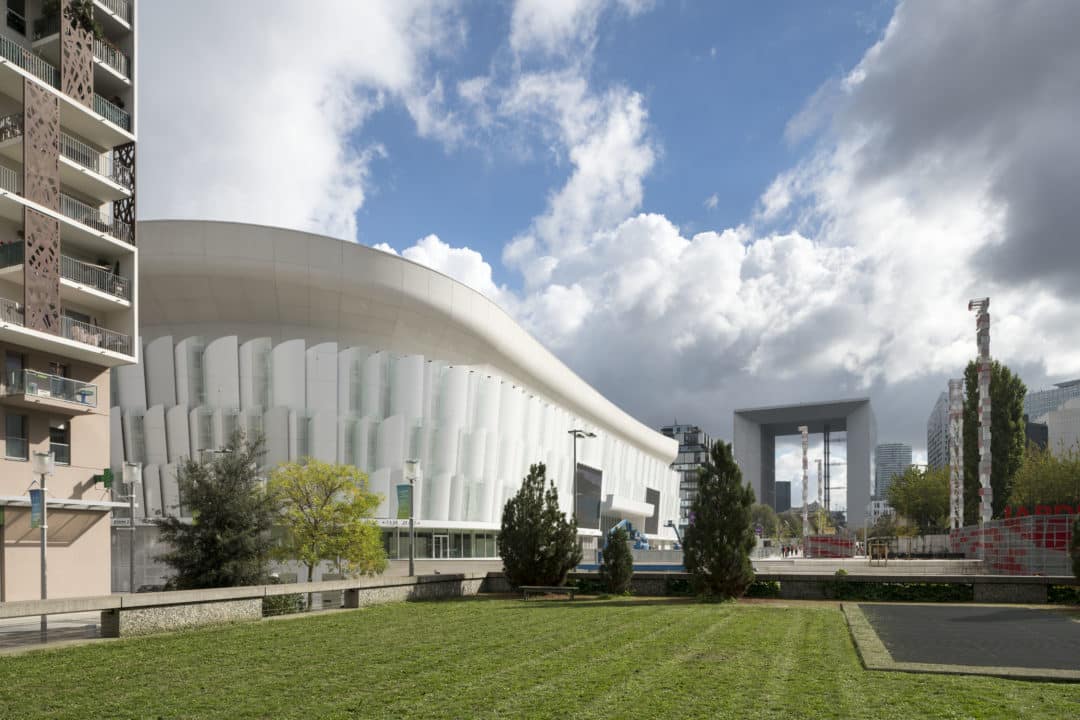 At the foot of the Grande Arche, Paris la Défense Arena opened in November 2017 with a series of concerts by the Rolling Stones that filled the 40,000 seats of the concert auditorium. This project was planned and financed by Jacky Lorenzetti, President of Racing 92, who, following an architectural competition in 2010, chose Christian de Portzamparc and his team for its realisation in collaboration with Vinci.

Originally a rugby stadium, which became a theatre during the study, integrating 31,000 sq.m of offices into its architecture, this building has no equivalent. Held in town between four streets on the main axis of La Défense and Nanterre, it is located in the spectacle of the towers. Its exterior offers a horizontal softness thanks to an envelope of glass and aluminium flakes that diffuse daylight under the stretched line of its high white concrete steps.

This apparent sweetness is astonishing in contrast to the immensity felt when you enter this room under the 40 metres of its vault. In the sports version, the capacity of Paris la Défense Arena, which hosts the Racing 92 team in residence, is 30,400 seats. In addition to this gauge, which makes it the largest closed auditorium in Europe and the second largest in the world for sports, the Arena is characterised by an original design – an irremovable roof and mixed ground whose synthetic turf is covered with slabs and transformed, in eleven hours, into an auditorium – a neat comfort and visibility and an acoustic requiring exceptional implementation, a giant screen of 1.400 sq.m etc.

The roof, composed of four mega beams, rests on a very large span structure – 150 metres x 110 metres. At night, the facade, wrapped in glass and aluminium flakes, brings infinite variations of colour to the city. 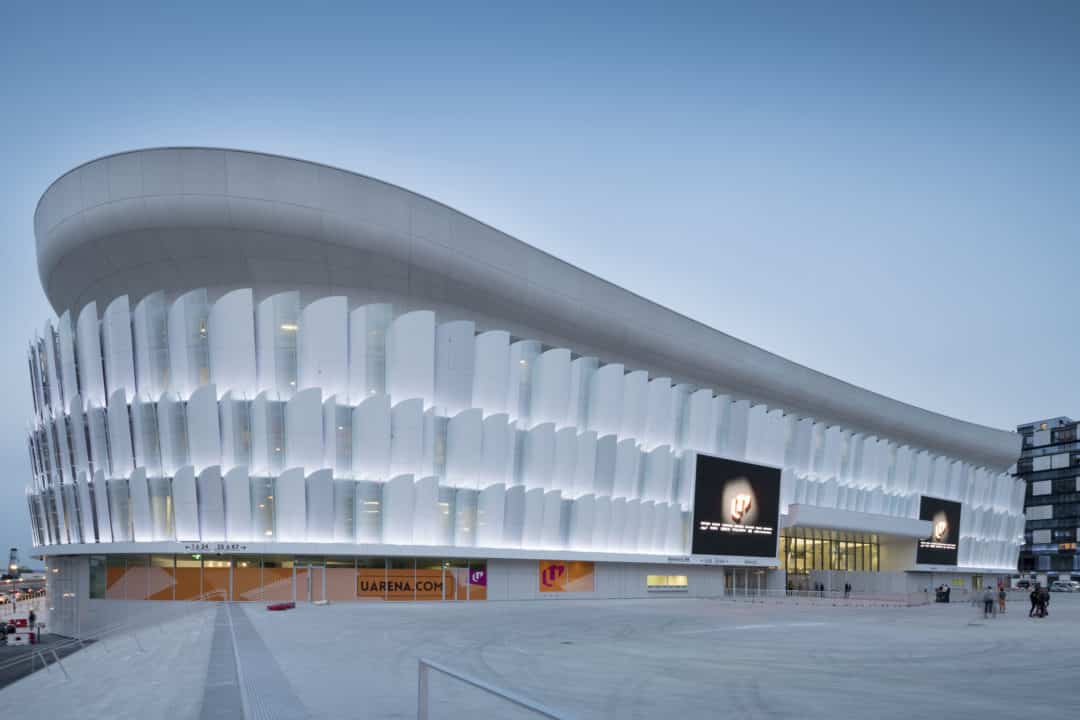 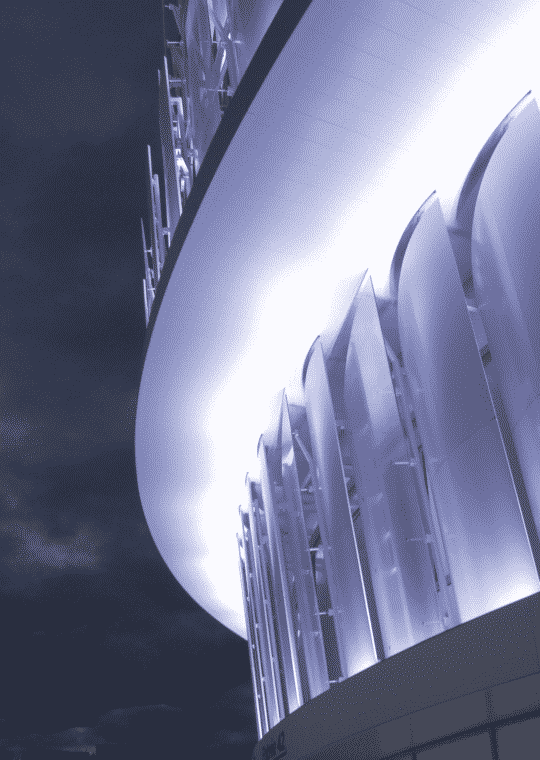 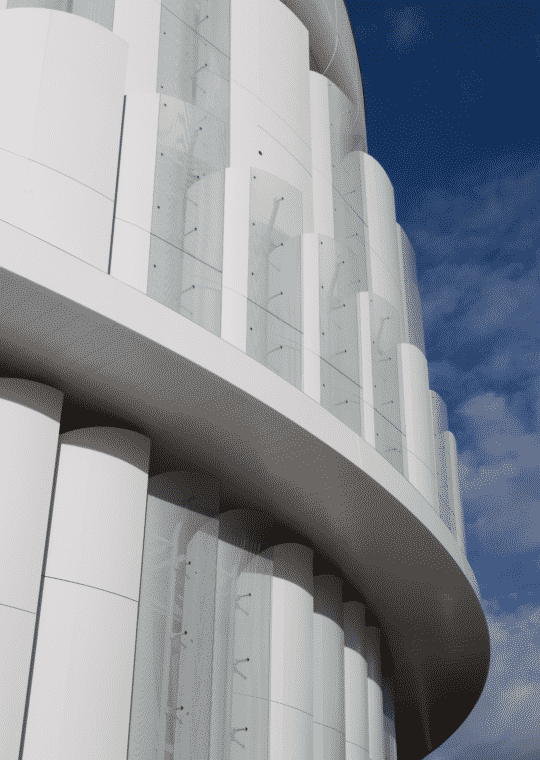 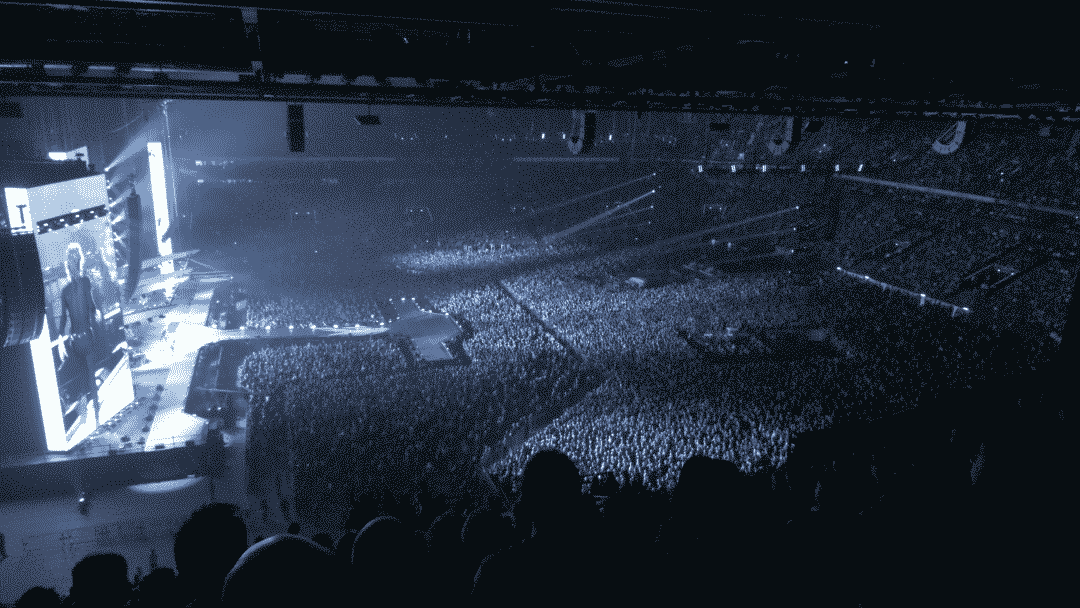 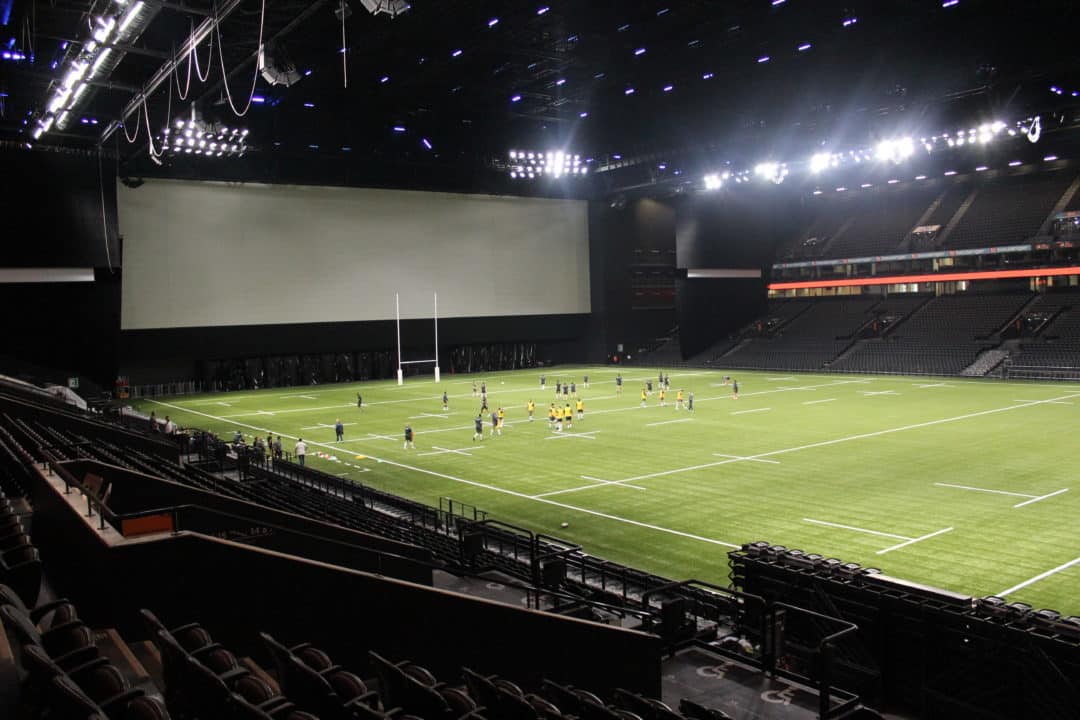 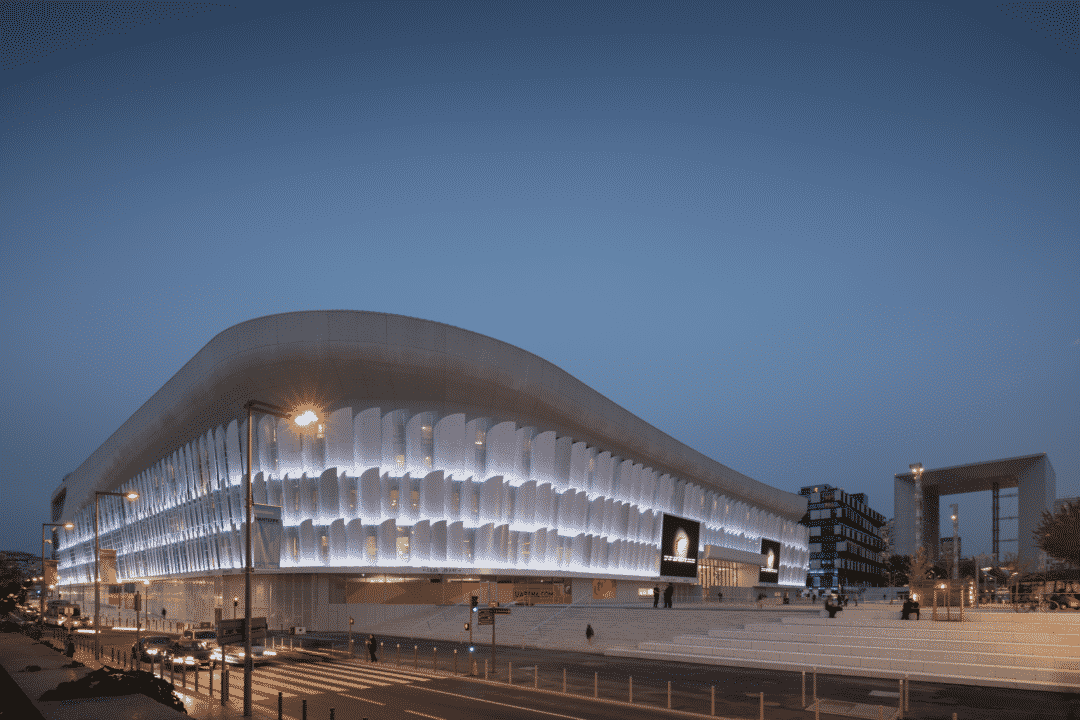 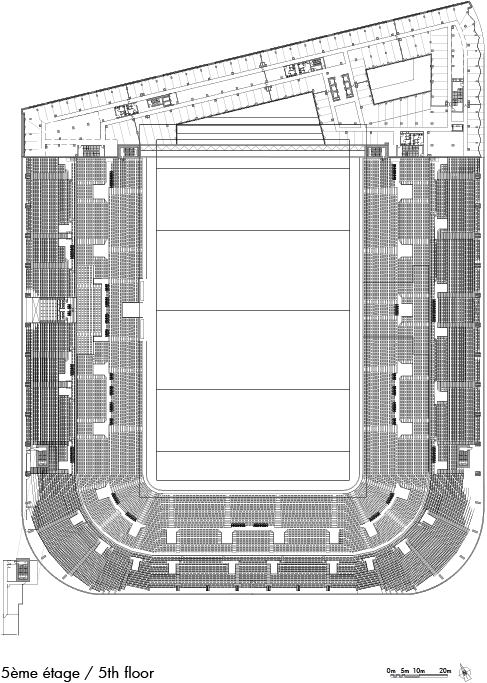