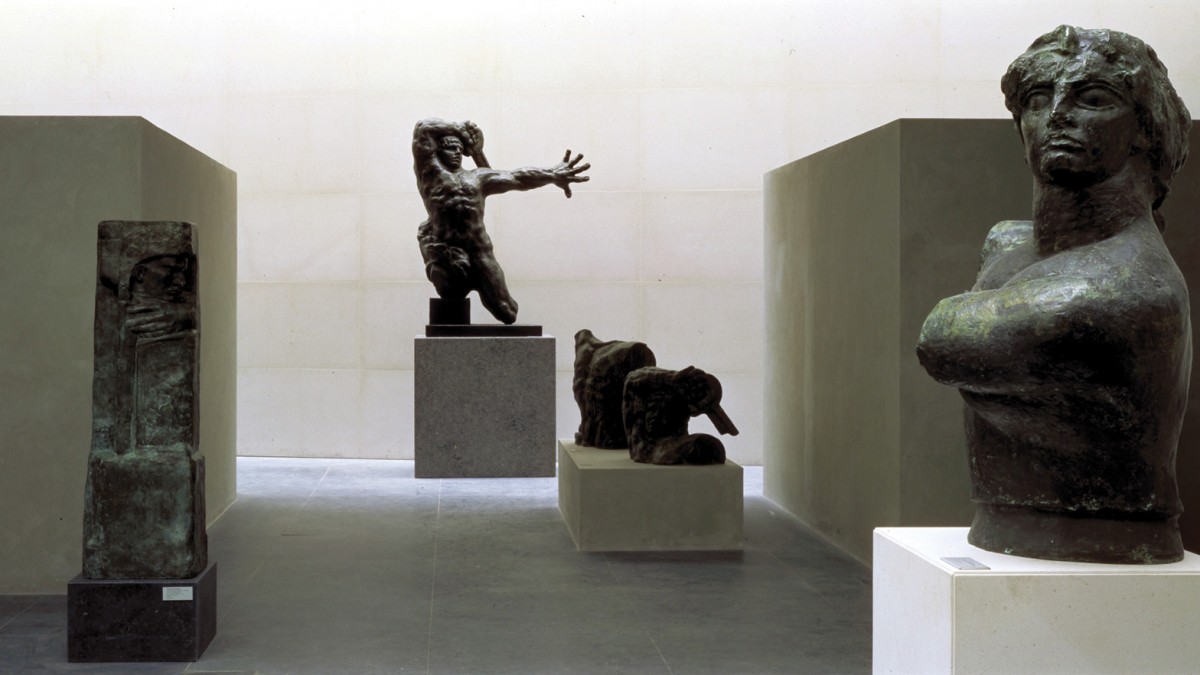 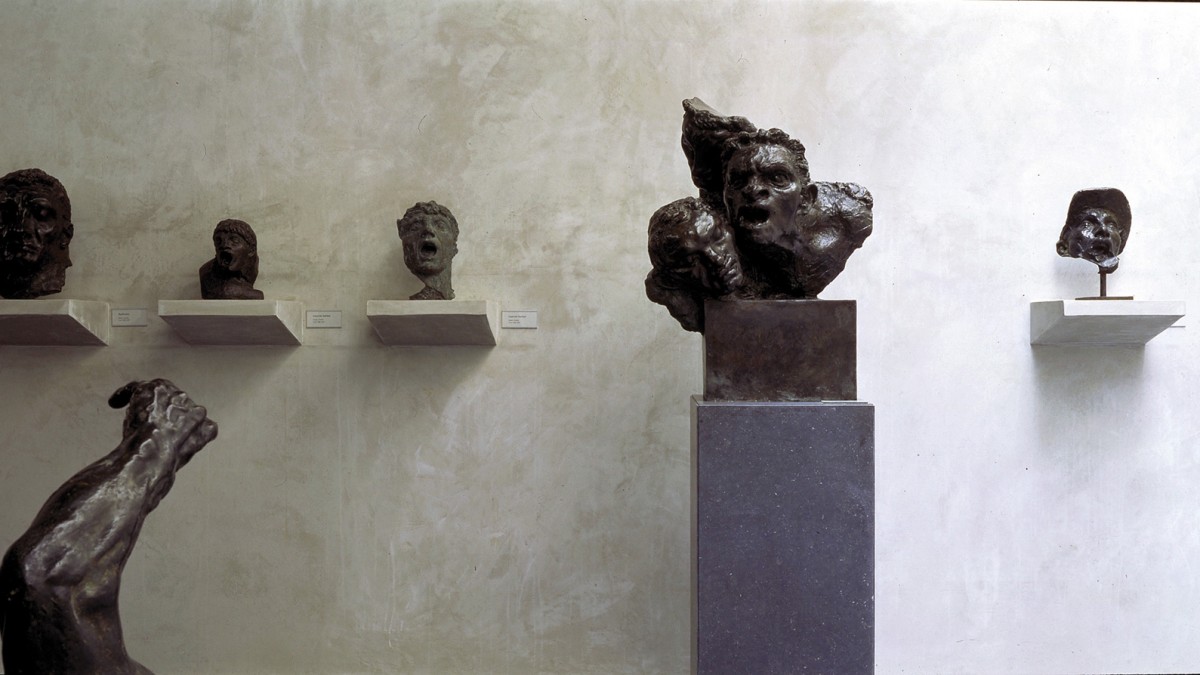 CLIENT: Directorate of the Cultural Affairs of the city of Paris

The existing Bourdelle Museum in Paris, designed by Henri Gautruche in 1948, is settled around the sculptor’s studio. In 1988, the city of Paris decides on its extension to present the numerous studies of the sculptor. The neighbouring ground is inserted between four gable ends within a block, on ground three metres lower than the existing structures. The course of the visitor descends to the new sculpture showrooms. The extension showrooms are necessarily enlightened by a top lighting, but Christian de Portzamparc reflects this one on the clear walls to enlighten the works in the oblique.

This space for statues, each sculpture finds its own home: backdrop, light, perspective. Each base is adapted in size, shape and material: stone, cement, or untreated metal. It is an interplay of levels and planes: between white stone walls, grey cement walls absorb light, provide a backdrop for the dark bronzes and avoid placing them against the light on the white. In this itinerary, which, in the end, breathes life into the academic concept of museum space, major works can be seen from a distance, in uncluttered spaces, while large numbers of Antoine Bourdelle’s preliminary drafts and studies are concentrated together in a way that evokes the artist’s studio. 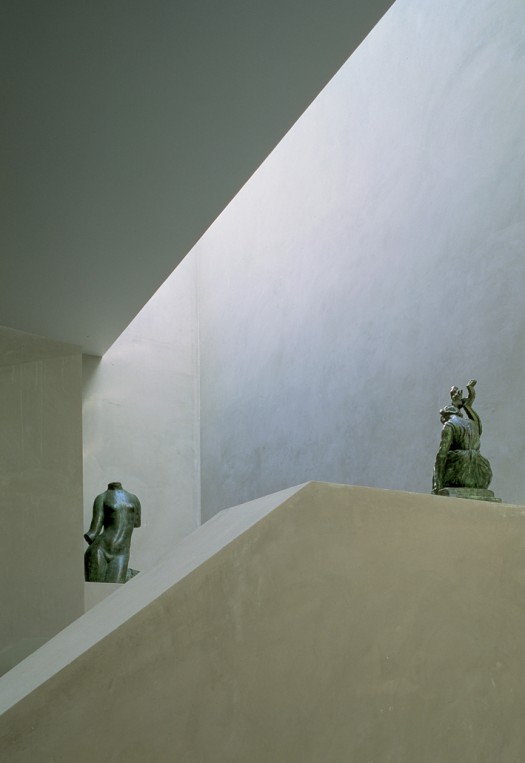 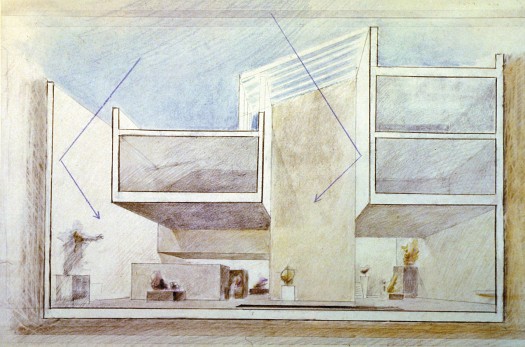 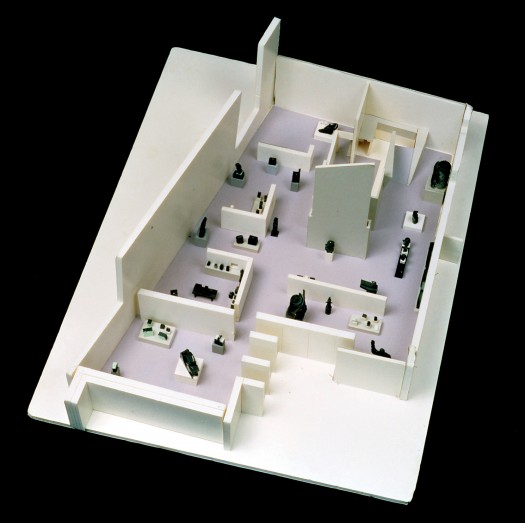 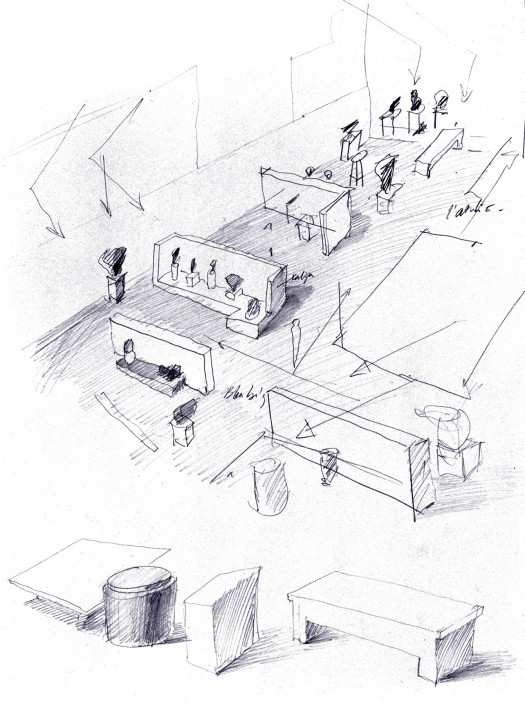