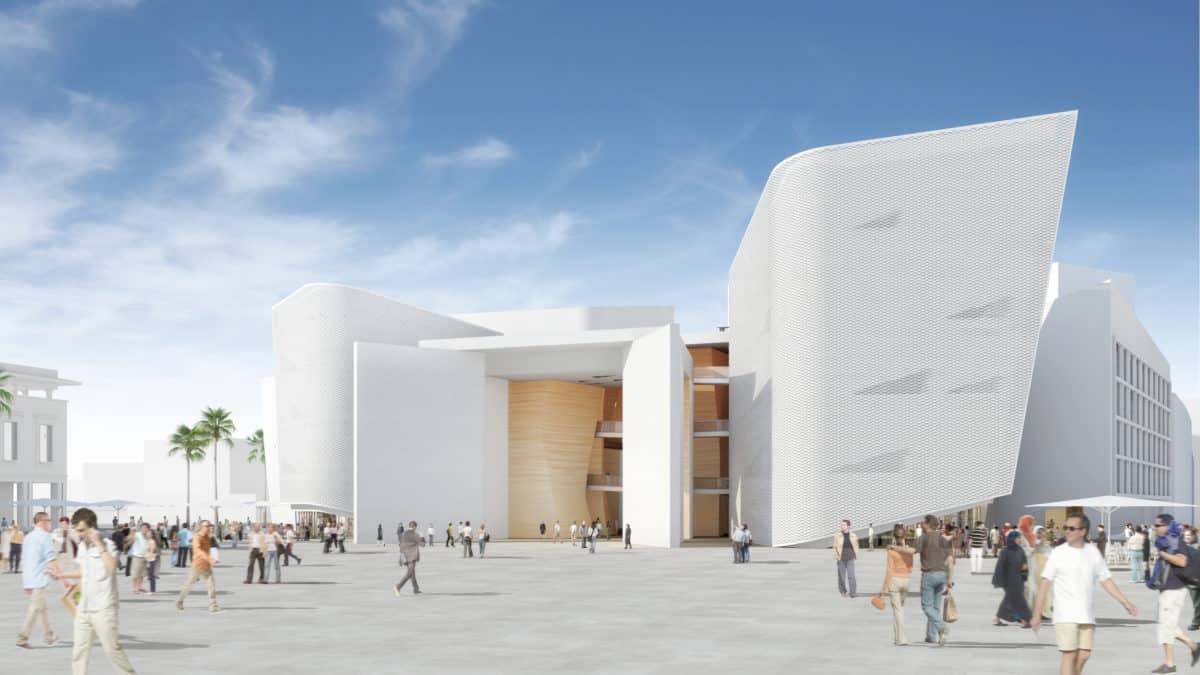 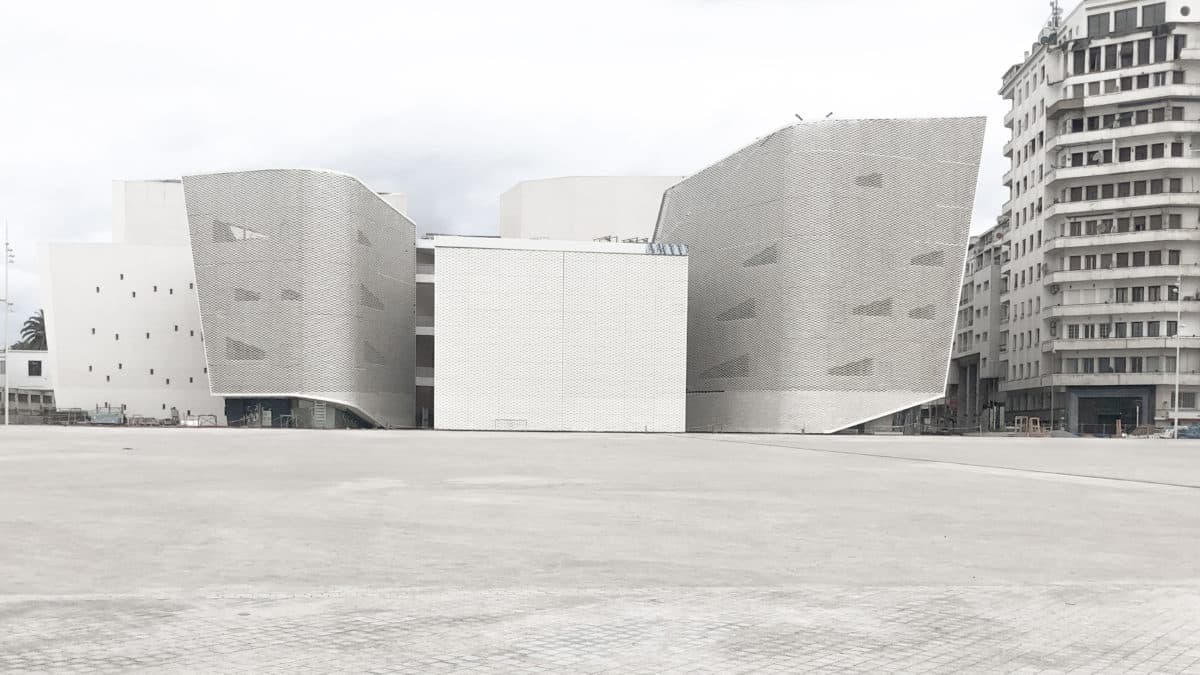 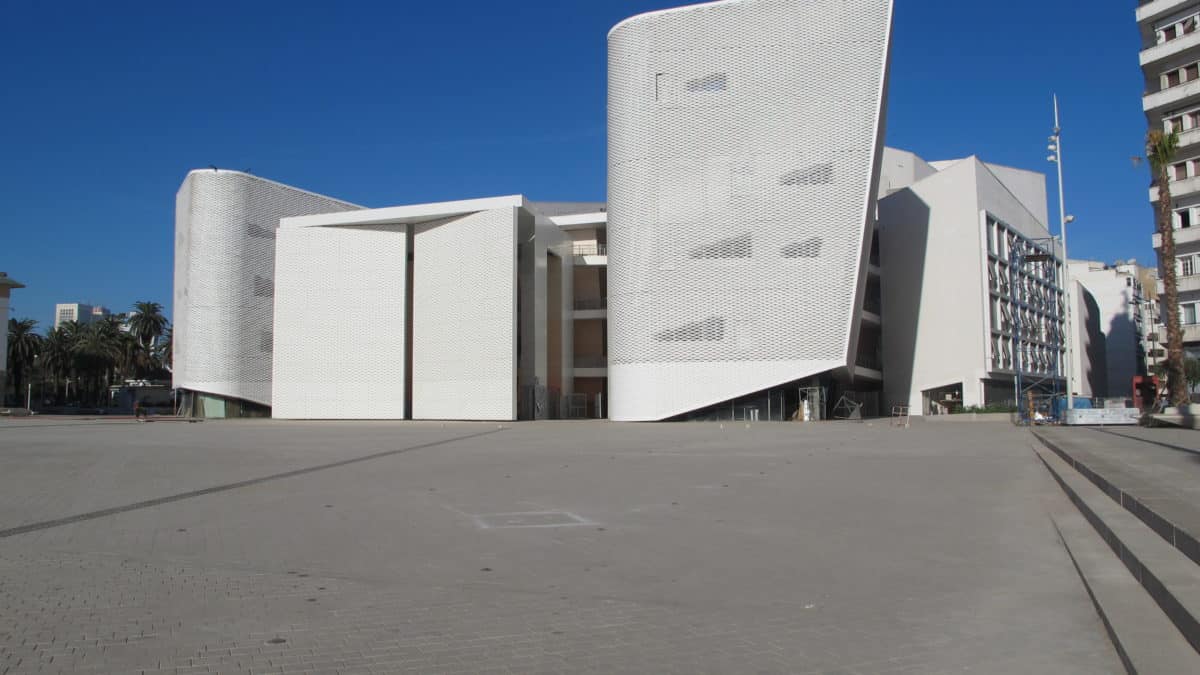 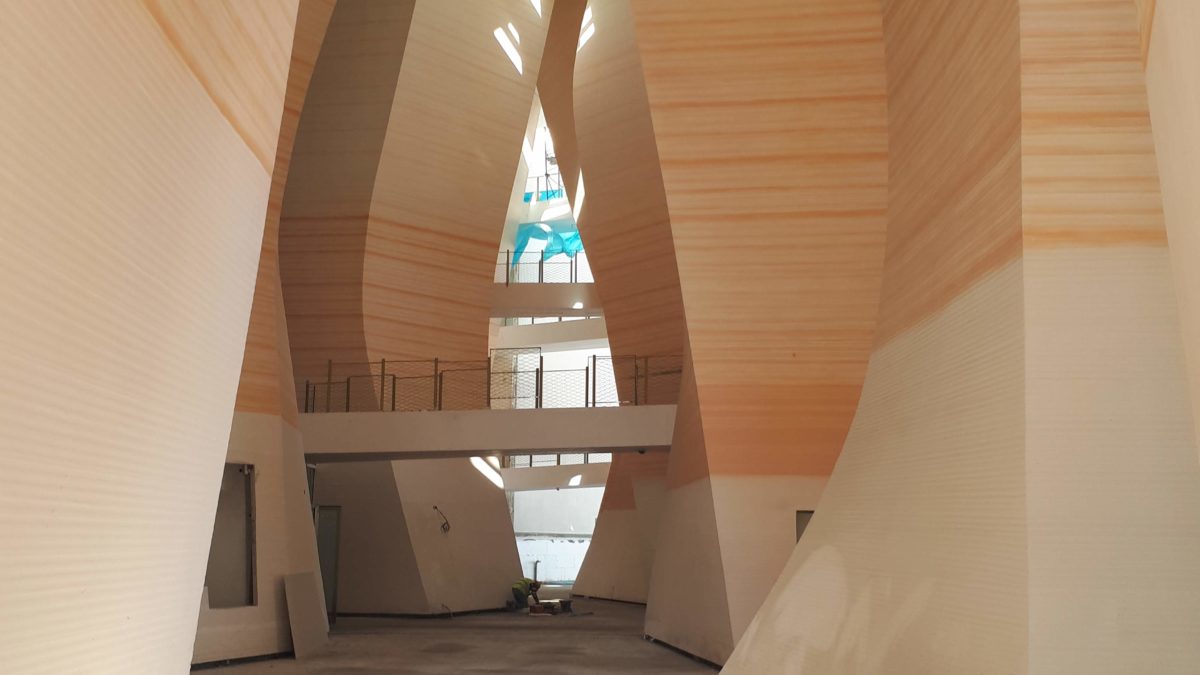 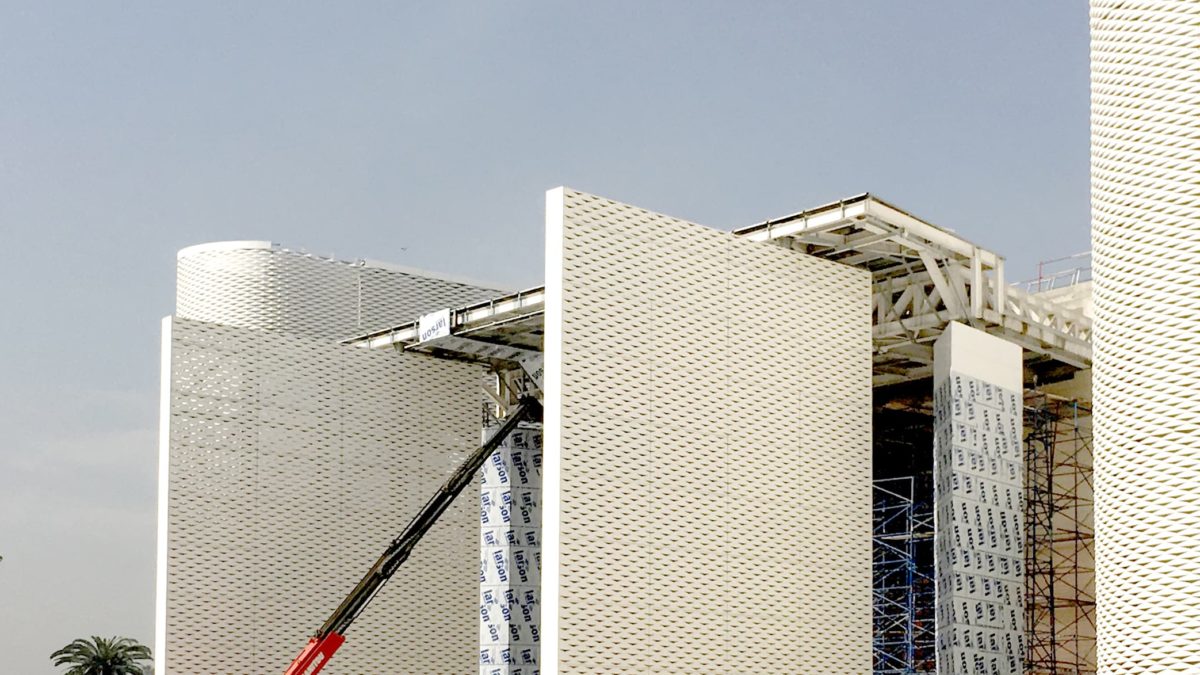 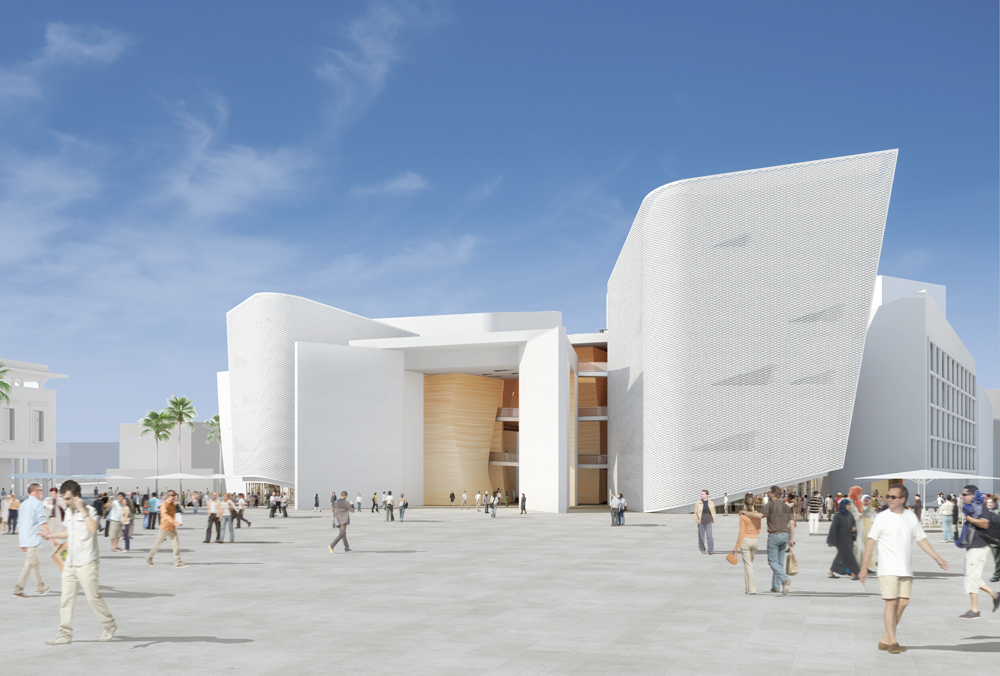 In Casablanca, the large Mohammed V square, a classic 1920s rectangular space inherited from Marshal Hubert Lyautey and urban planner Henri Prost, is bordered by the wilaya by architect Charles Boyer, the law courts and long, ordered administrative buildings. On the last free side of Mohammed V Square, the city has decided to build “the Great Theater of Casablanca ”, which will be the largest theater in Africa. The international competition held in July 2009 saw Christian de Portzamparc’s project win among featured projects by Zaha Hadid, Frank O. Gehry, Rem Koolhaas and Aziz Lazrak. The winning project consists of several pavilions inspired by a medina in the city.

Instead of an autonomous, univocal architectural object, the fluid ensemble interacts with the symmetry without breaking it up and invites visitors to penetrate into the shade of another inner world by opening several rifts and entrances, slim and compelling, leading to a large and high public gallery that crosses the space, formed from curved red staff pillars.

In the simple white exterior, the rifts draw passers-by into the shade, the chiaroscuro of the path, entry point and passageway where they can sit and enjoy a coffee, the air refreshed by natural ventilation.

A terracotta and resin moucharaby veil unfolds across the buildings on the square. In the center, one of the pavilions is a large doorway, an exceptional entry point where people come to shelter from the sun. It is also the stage of an outdoor theatre: the doors open, the stage appears, and the square accommodates the audience. The Great Theater is a transformable urban scenographic system. 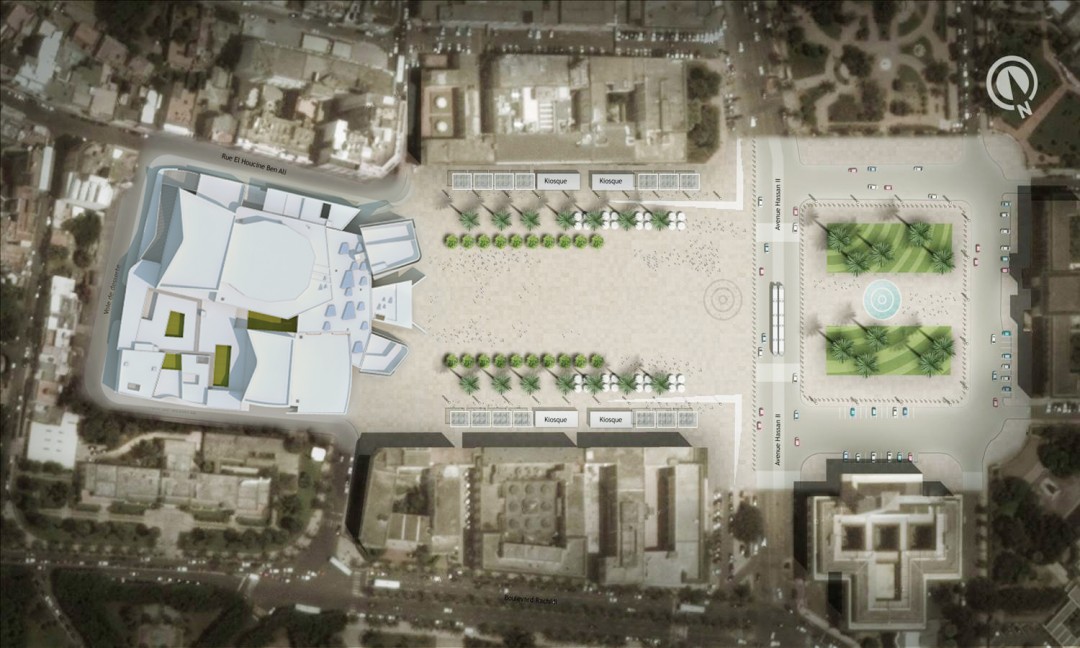 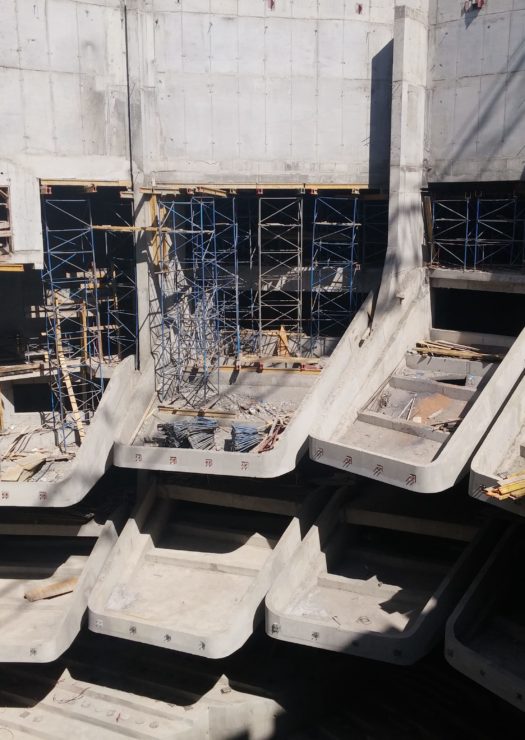 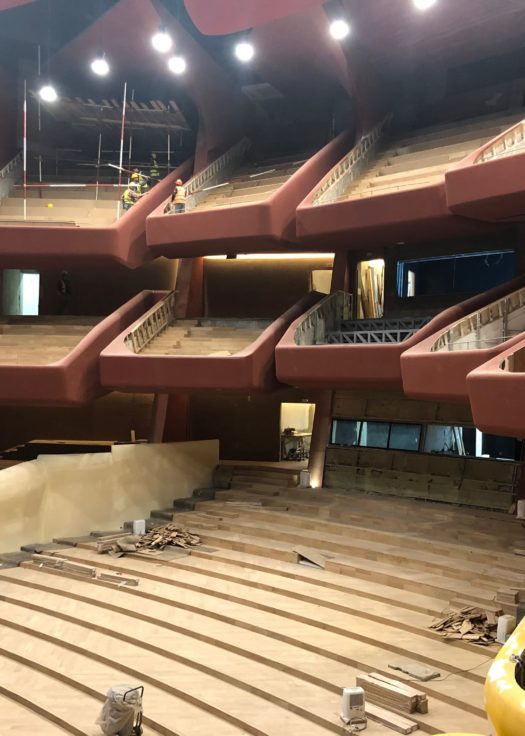 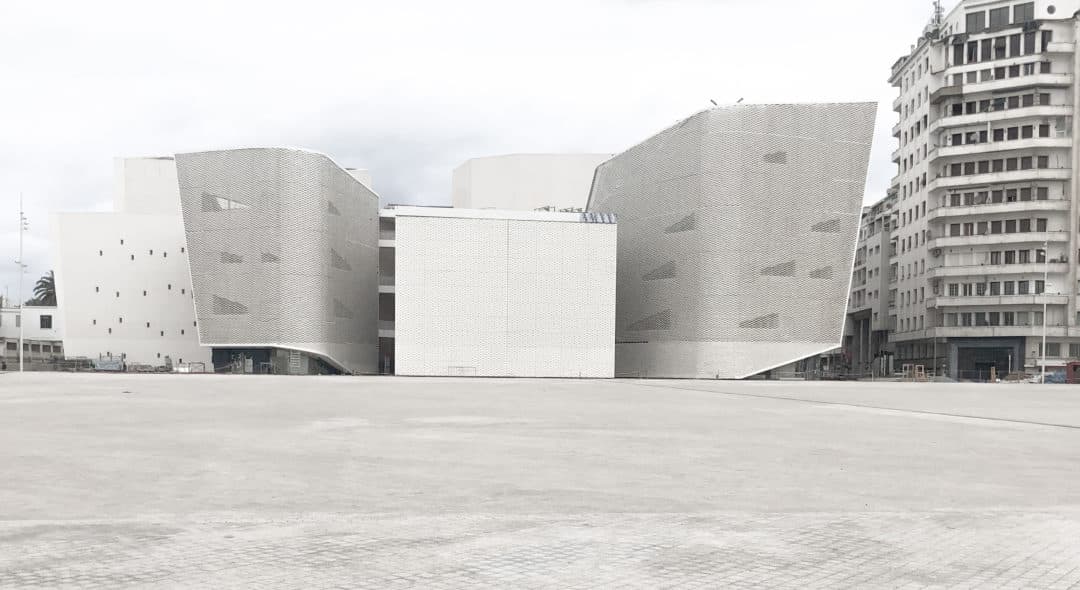 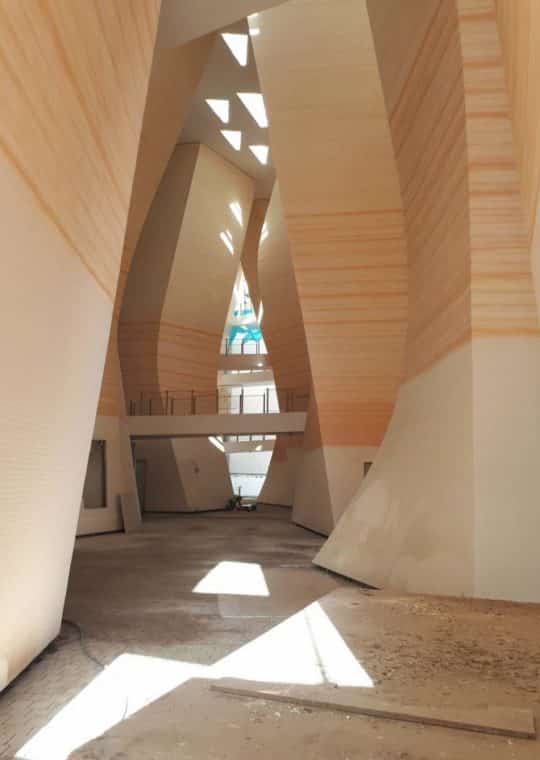 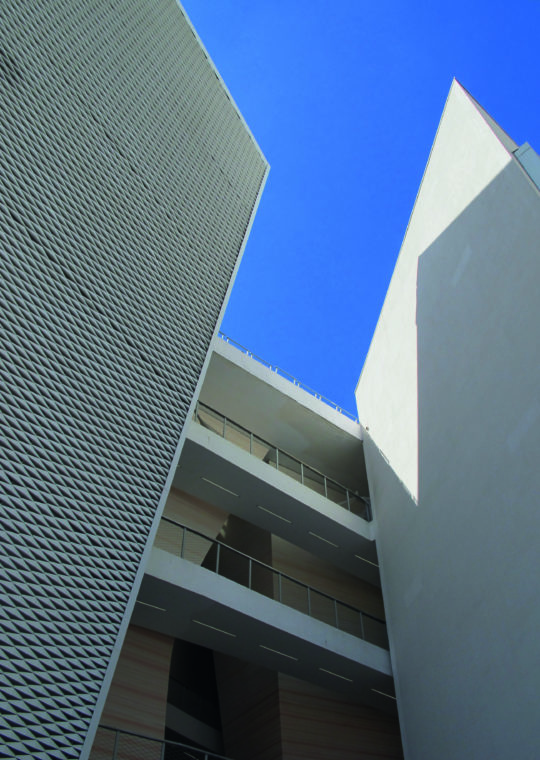 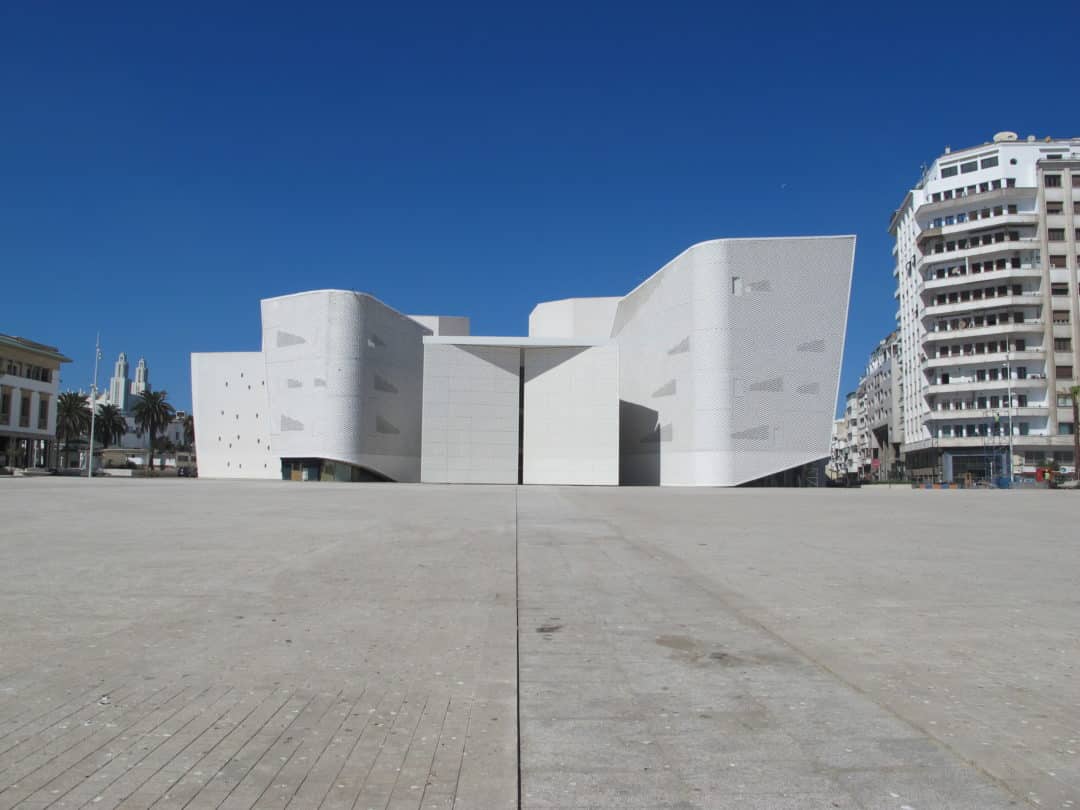 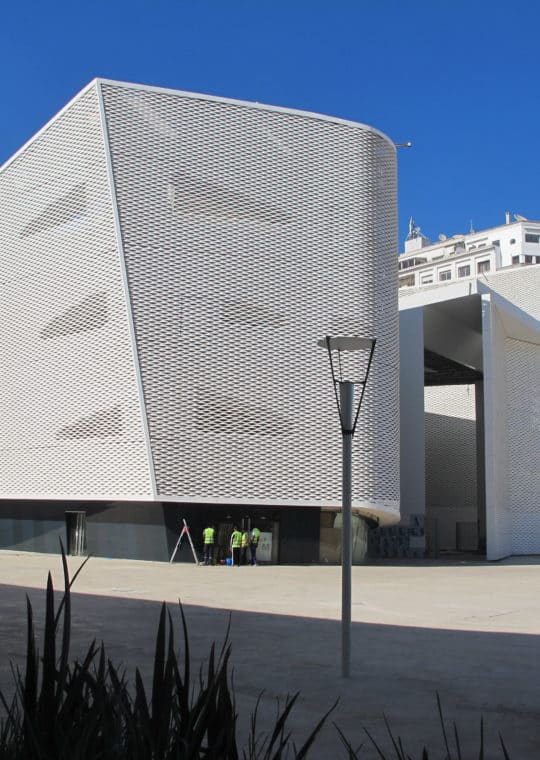 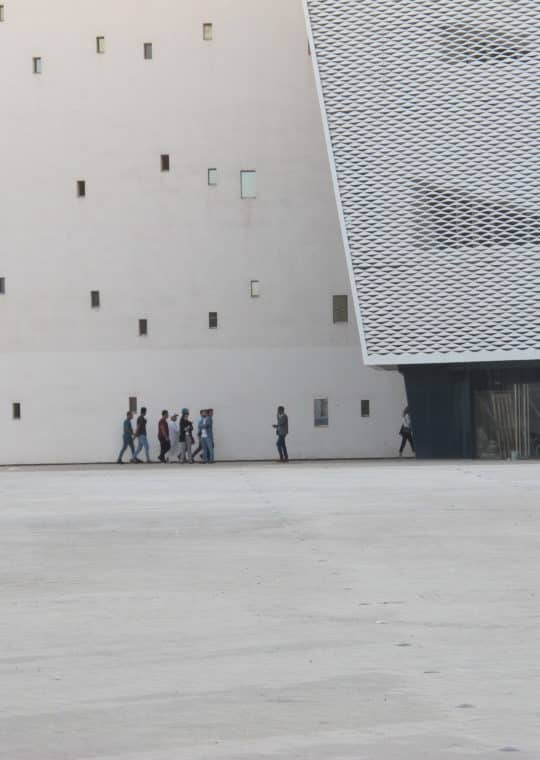 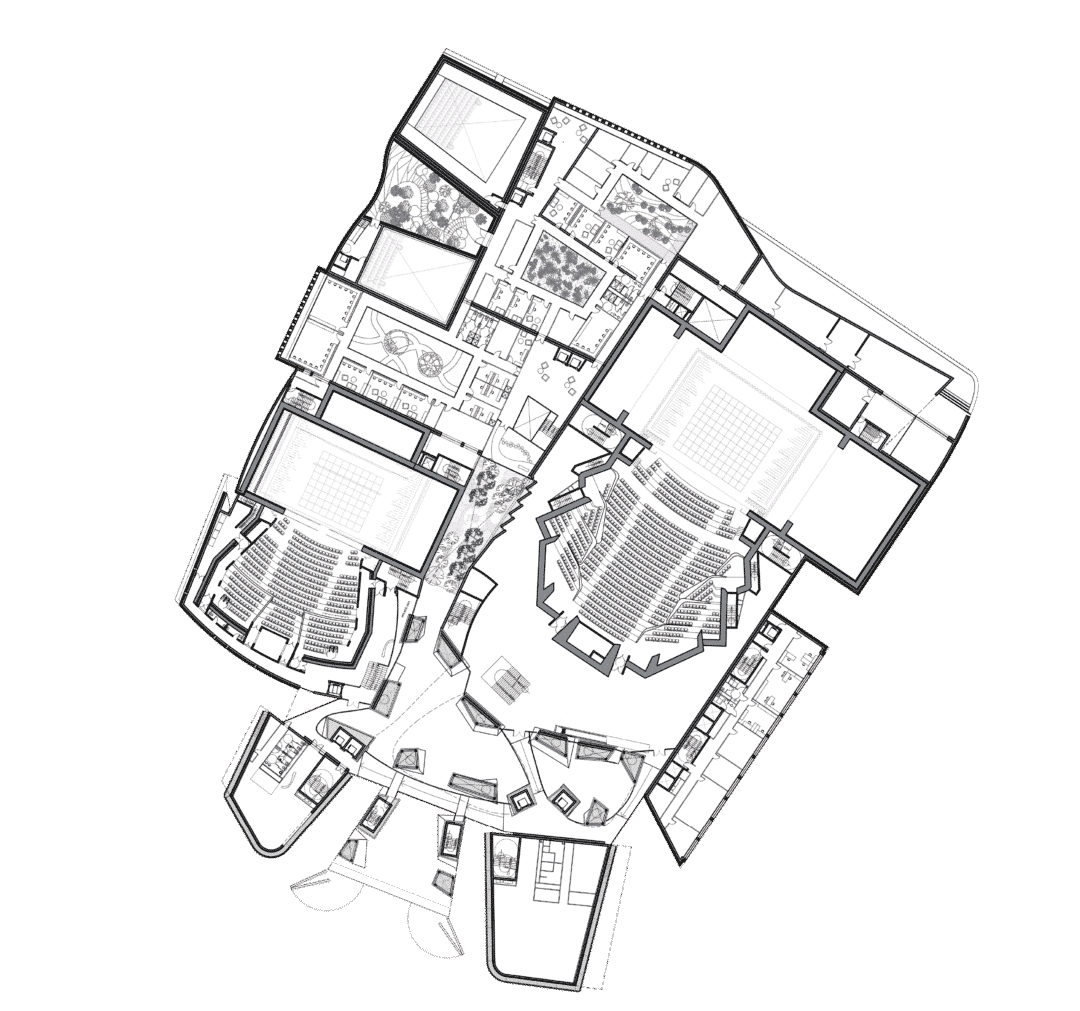 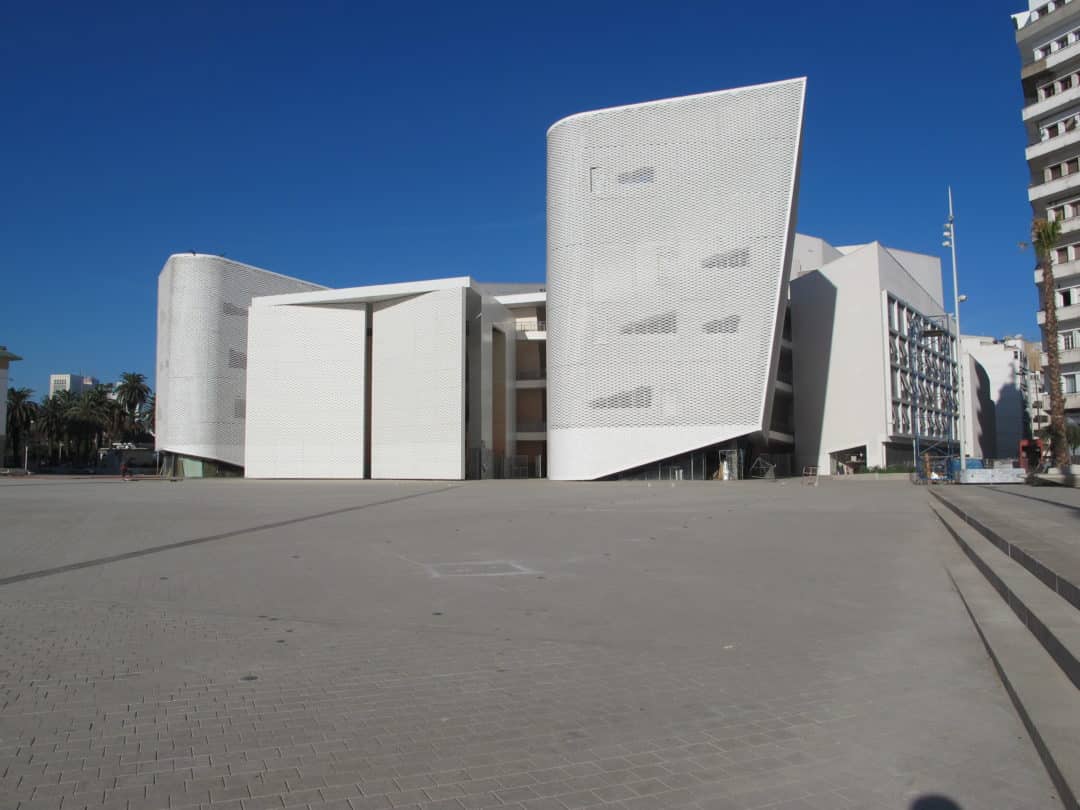