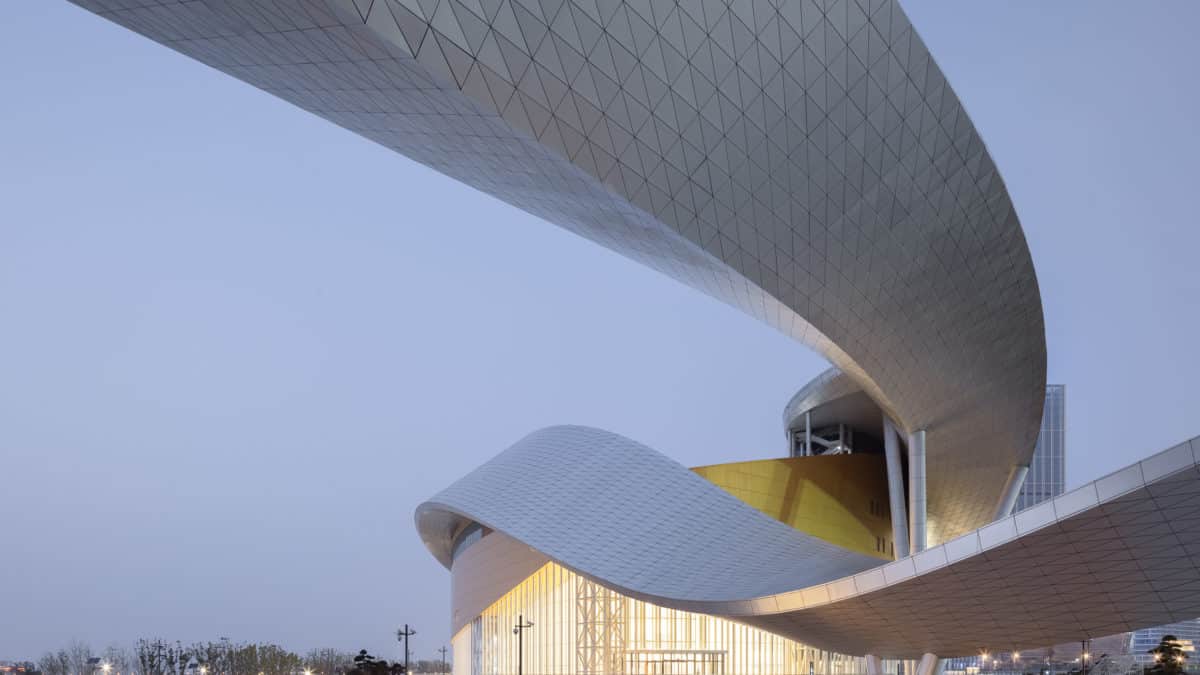 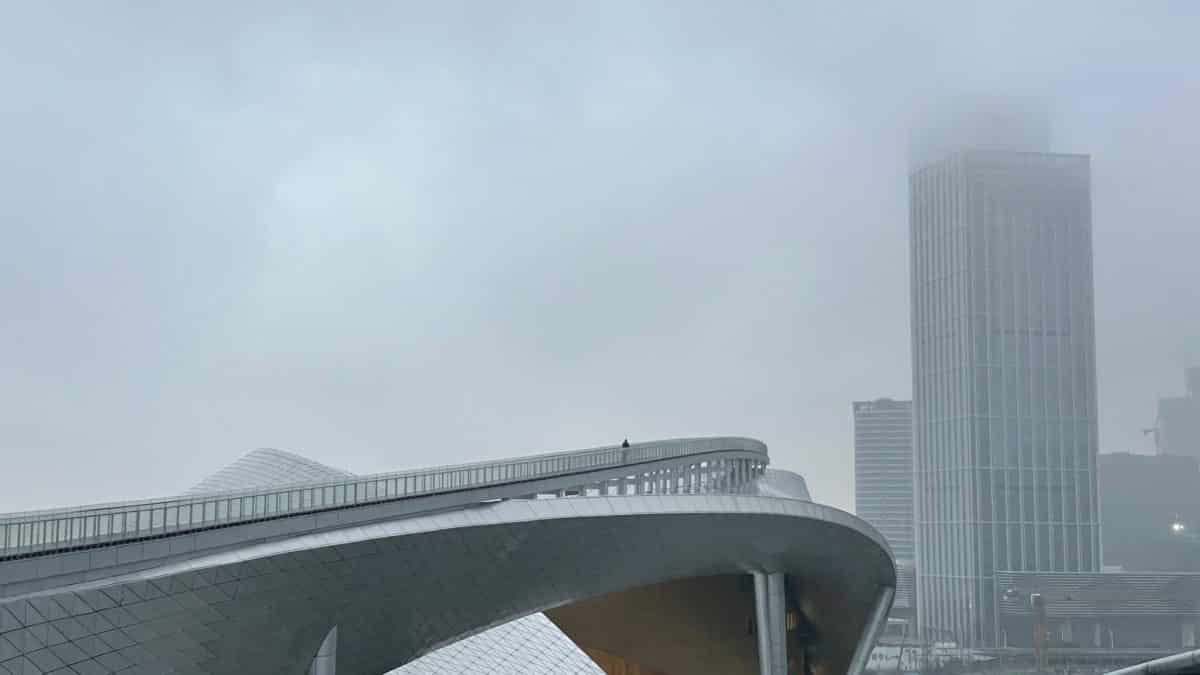 In the south of the esplanade, the wing divides into two museum buildings: a history museum and a city museum with educational spots, and finally a conference and ceremonial center.

The cultural center creates a new landscape by connecting water, sky and city in a play of iridescent reflections given by this metallic ribbon (made of steel and aluminum) that spreads over 500 meters of span. From the urban axis, the ballet of the ribbon can be perceived in curves and counter-curves. Its lines rise, shelter, frame the sky and remember ribbons used in the traditional theater in Suzhou. But one can also walk up on this ballet: the ribbon is equipped with a 40 meters high path from which one can see the whole city and the lake.

While working, Christian de Portzamparc realized that these wings, linked in an eight by their ribbon, represent duality in movement, in the form of alternating ying and yang. This project continues the research he has been able to undertake on the theme of the möbius strip for the International Congress Center in Nara, Japan, and on the coverage of public spaces with ribbon arches for Luanda (Uganda Cultural Center) and Nanking (competition for the Jiangsu Grand Theatre,  China).

The cultural center includes a 1,600-seat opera house, a 600-seat modular hall, two museums, an exhibition center, a convention center, cafes, restaurants, cinemas, as well as shopping malls, on a total surface area of 202,000 m² distributed through the south and north along the urban axis.

The Suzhou Cultural Center is part of a series of emblematic projects initiated by the city through the Wujiang Lakefront Masterplan. On the shores of Lake Tai, Christian de Portzamparc discovered the deserted plain in 2013, while appreciating the plan of the future city. It was then built so quickly, we were he was amazed at each visit. It is already alive like a real Manhattan of towers ordered according to a grid of streets and avenues bordering a central pedestrian axis heading towards the lake. It was clear that the meeting of this pedestrian axis and the great lake would be an exceptional place, and it was on this site, on either side of the axis, that the cultural center was to be implanted during the architecture competition.

The program had two parts: the music and performance halls on one side of the axis, and museums and pedagogical places on the other side. Two wings would appear at the arrival of the pedestrian axis on the lake. Christian de Portzamparc then chose to connect these two wings on the roof to create at this very central place a huge opening to the sky in the form of an arch visible from afar on the pedestrian axis.

It is a long ribbon that winds up and passes from one wing to the other on the roof and then over the facade wall, forming an “eight” figure that crosses the pedestrian axis at a height of 40 meters to frame the visual opening to the lake. The two loops of the ribbon cover the esplanade where the pedestrian axis meets the lake. This central place gives access to the numerous cultural facilities spread out in the two wings, to the north and south of the axis.

In the North wing one enters the large lobby gallery which is the entrance to the theater-opera house and to the Chinese opera. From this gallery one ascends to the music conservatory and the 360° cinema. 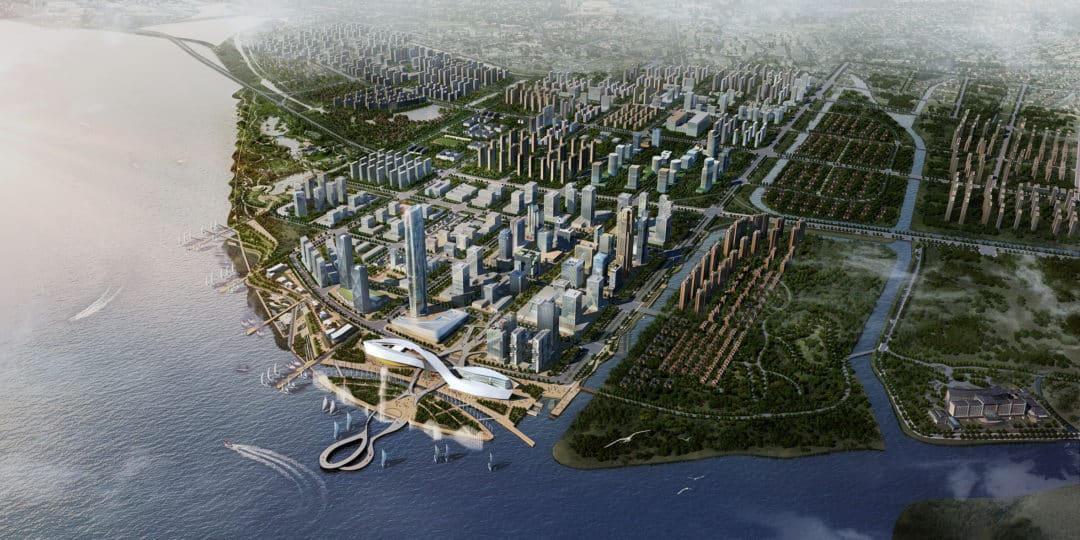 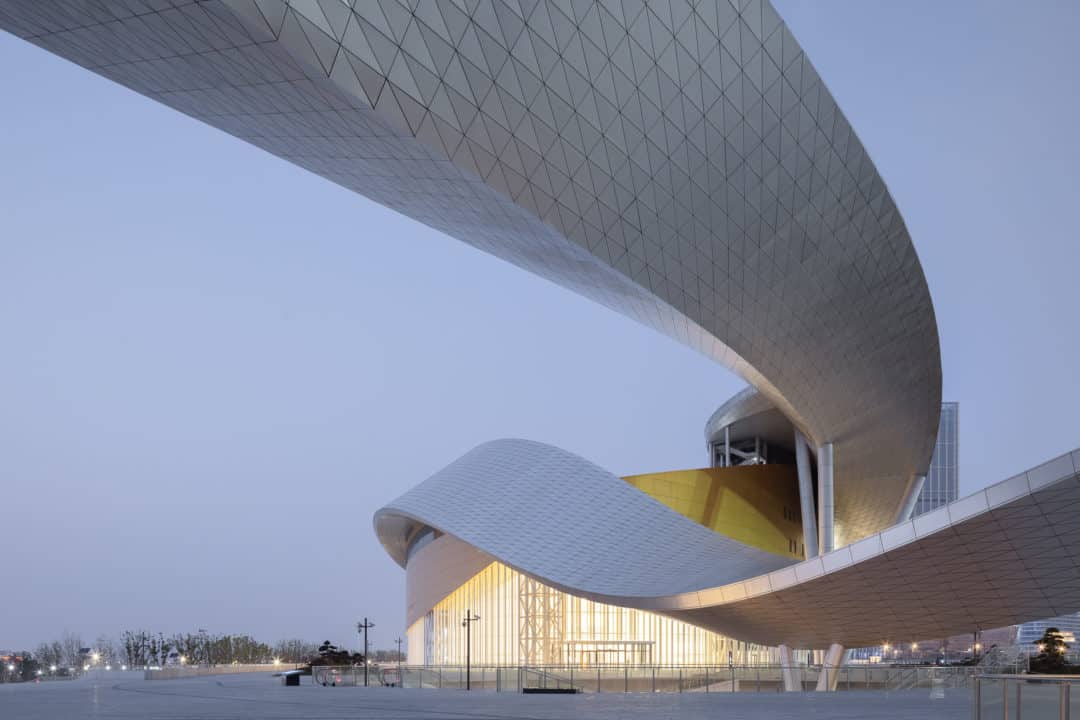 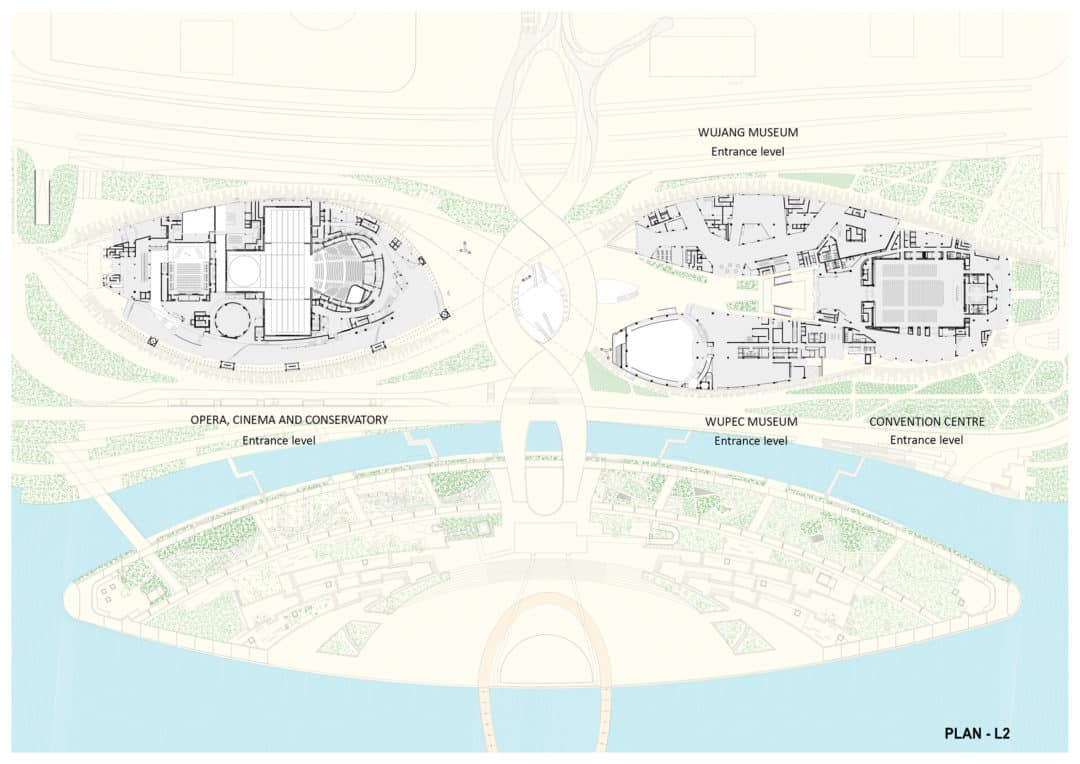 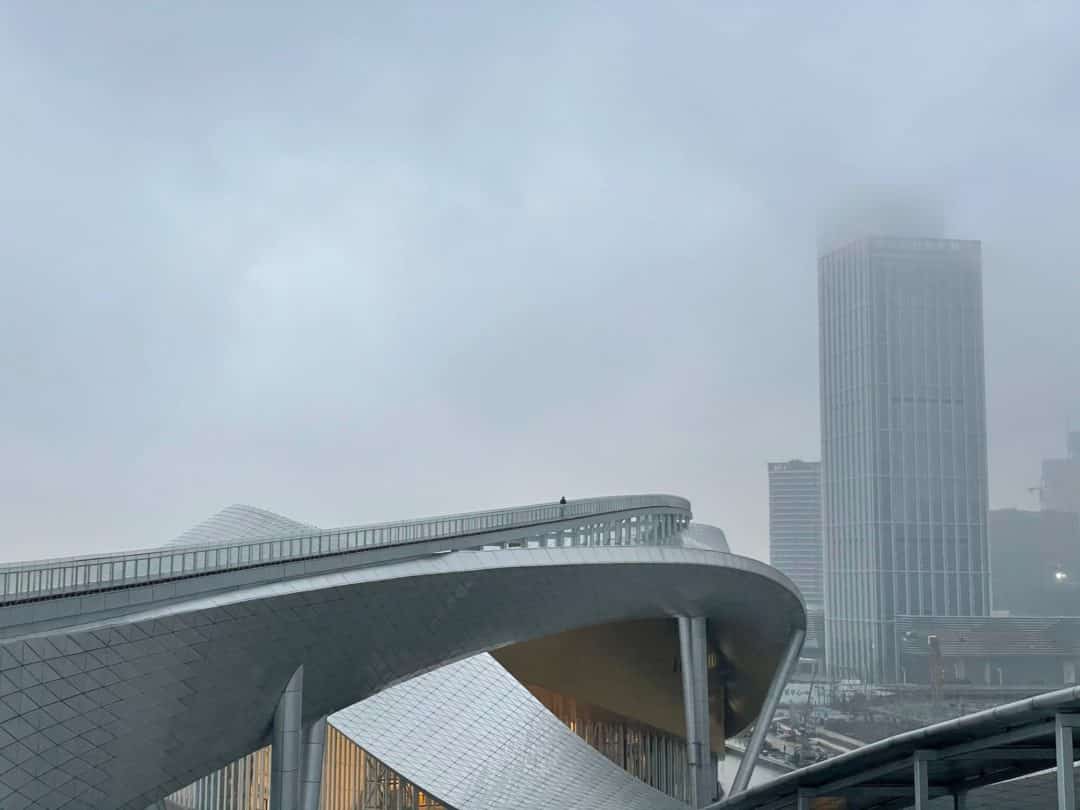