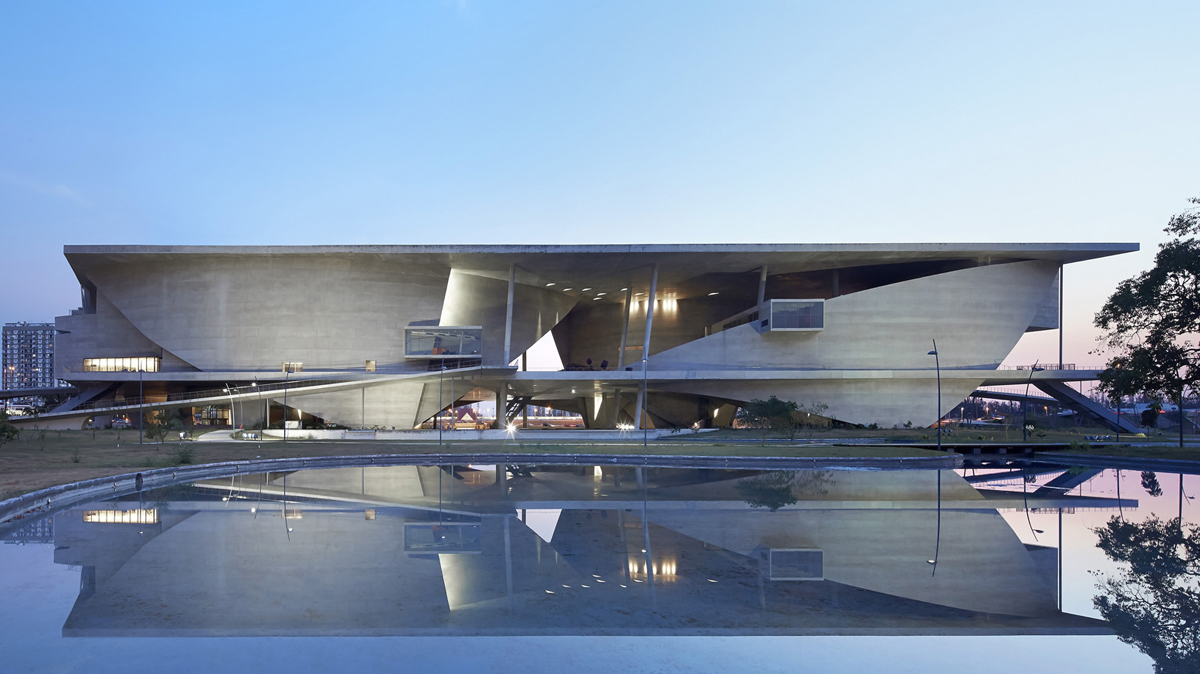 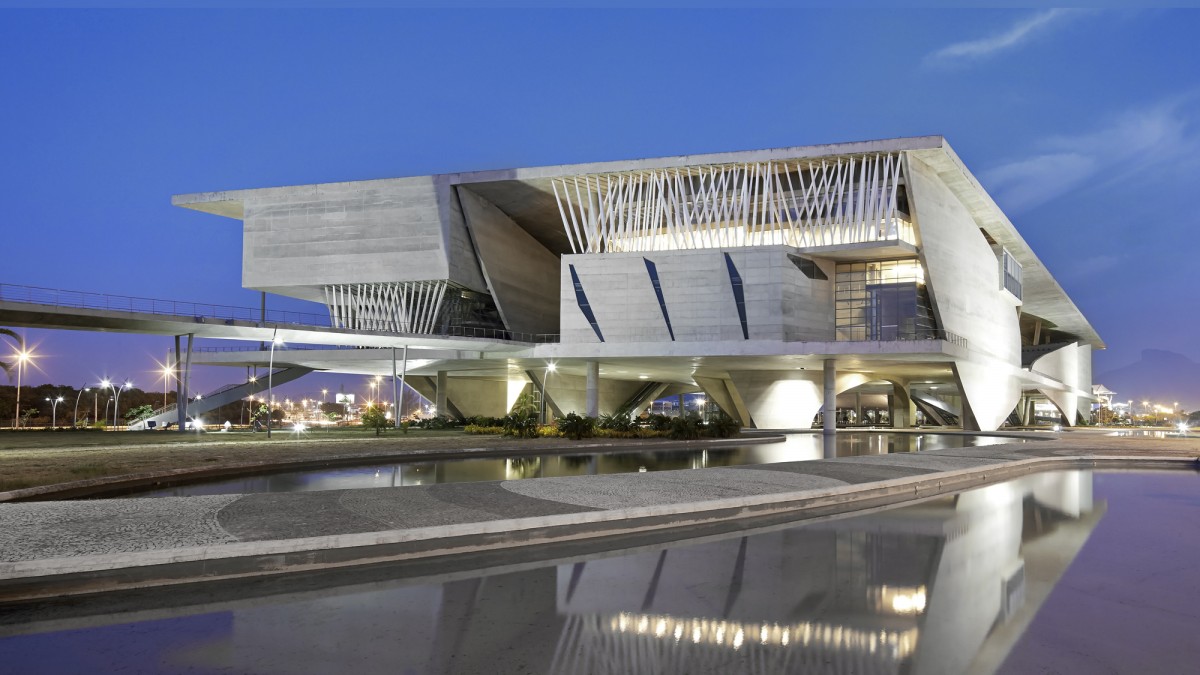 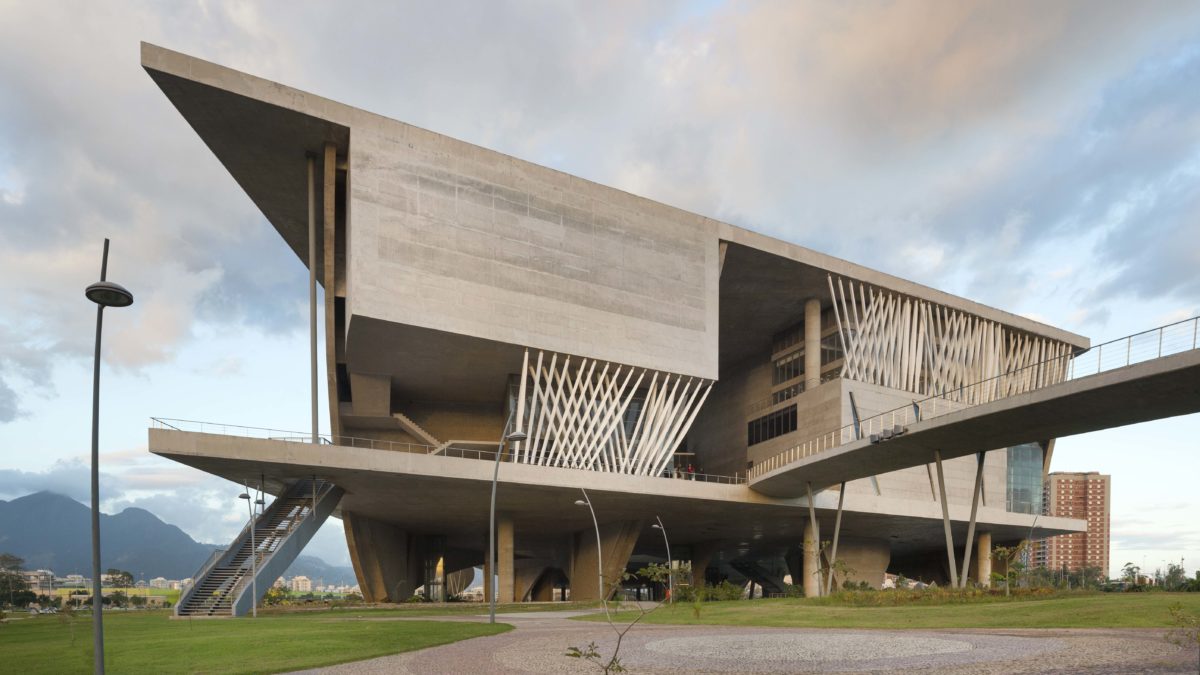 The Cidade das Artes is situated between the sea and the mountains, at the centre of fourteen kilometers of plain, on which a new and major district of Rio de Janeiro has been built – Barra da Tijuca. The landscape, deprived of strong urban landmarks and public spaces, is marked by a succession of closed spaces with residences and offices on one side of a straight expressway, which is lined on the other side by shopping centres. There are no streets, no urban landmarks, no public symbols. That’s why the Town Hall wanted to build an arts complex there as a public space – part-commercial and part-administrative.
The project is very much a public symbol, a new landmark in the greater Rio area, an urban signal, floating on the plain and highly visible.
The site is a central space at an interchange between two highways that cross the district, designed by Lucio Costa. Here, the Cidade das Artes will be at the very heart of the new city.

The building is a small, raised city organized around a terrace ten meters above ground, floating upon a public park – a tropical, aquatic garden designed by Fernando Chacel. This terrace is a public space; it is a gathering point that gives access to all of the facilities, where you feel like you’re in Rio’s great landscape, with a view of the sea, the lakes, and the dancing line of the mountains. There, the Cidade das Artes brings together a wide variety of spaces: a concert hall, which is unique anywhere in the world because it can be converted into an opera house and a theatre, a performance space for chamber music and popular music, movie theatres, dance studios, numerous rehearsal rooms, exhibition spaces, restaurants, and a media library.

The Cidade das Artes resembles a large house, a great veranda above the city – a tribute to an archetype of Brazilian architecture. Between the two horizontal plates of the roof and the terrace are set the large curved concrete walls that contain the halls in an interplay of volumes and voids. This is another version of the open block – hollow but made out of assembled layers.
The architecture frames and echoes the beautiful curves of the Siera Atlantica Mountains and the line of the sea. For train travelers arriving from the north zone, it will form the entry point to Barra da Tijuca on Ayrton Senna Avenue. 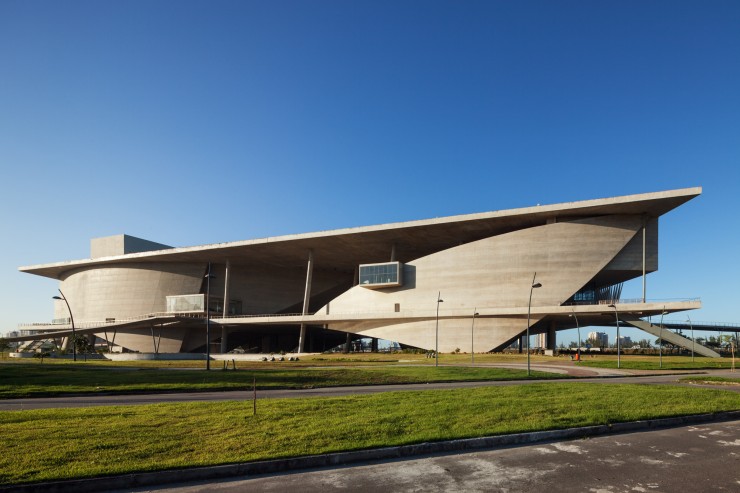 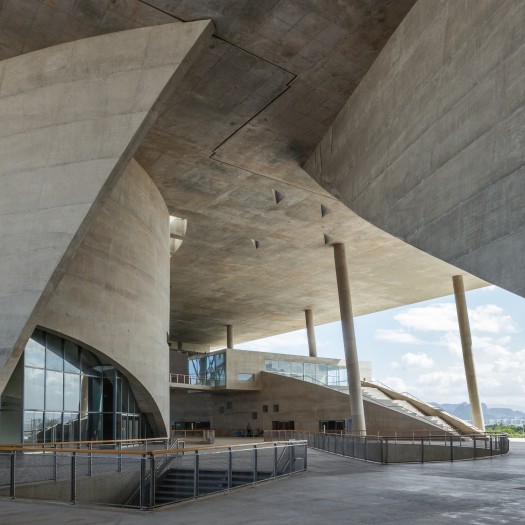 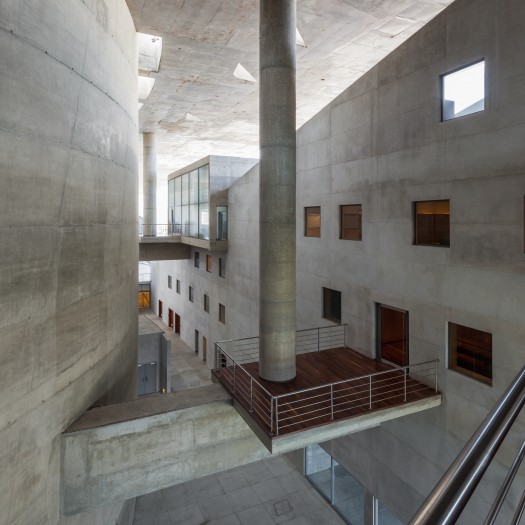 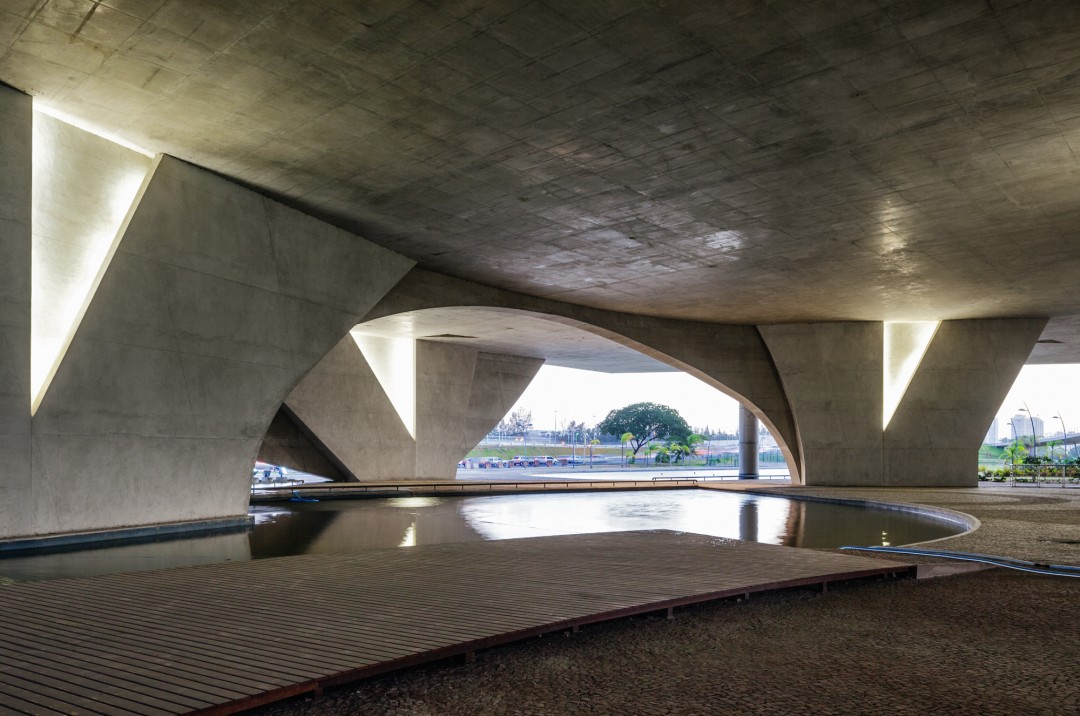 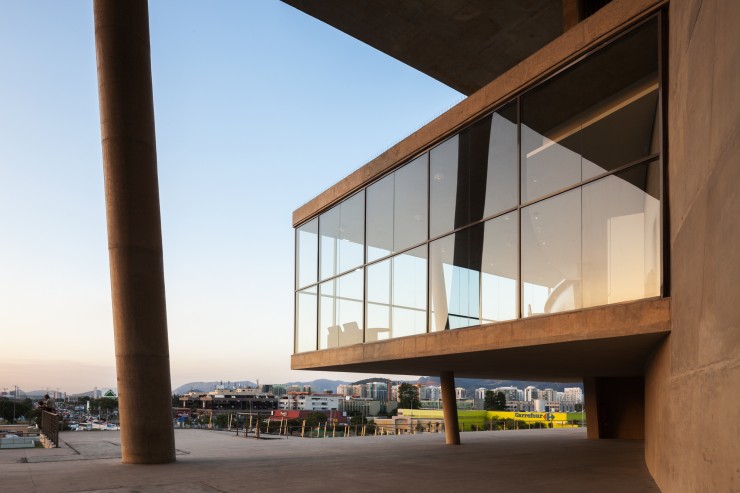 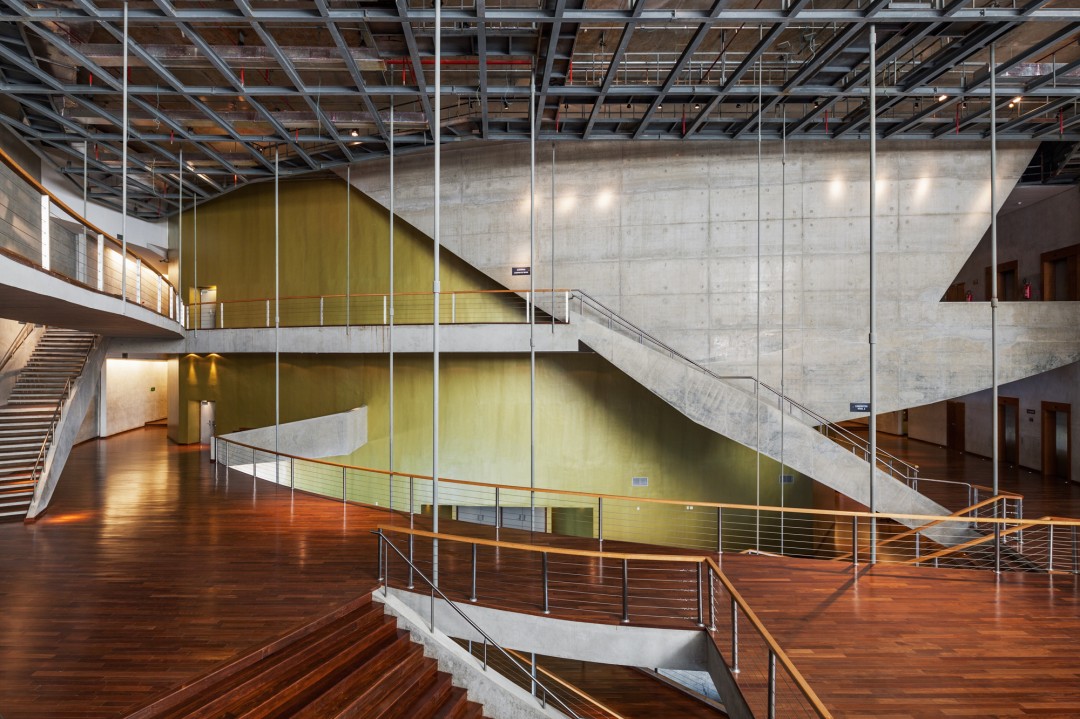 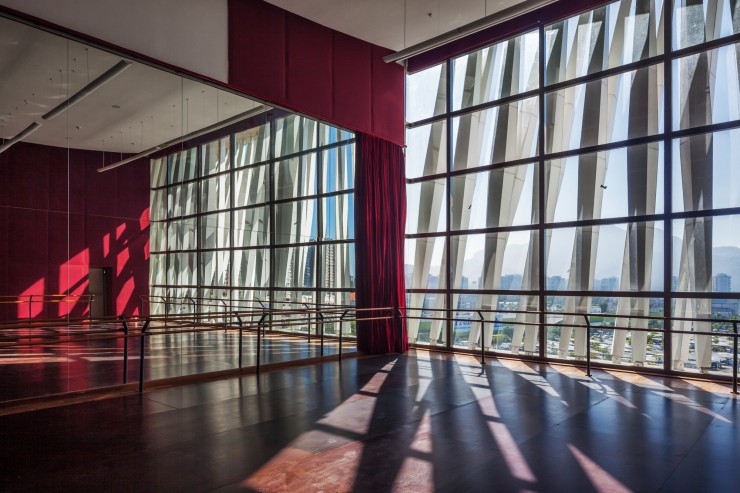 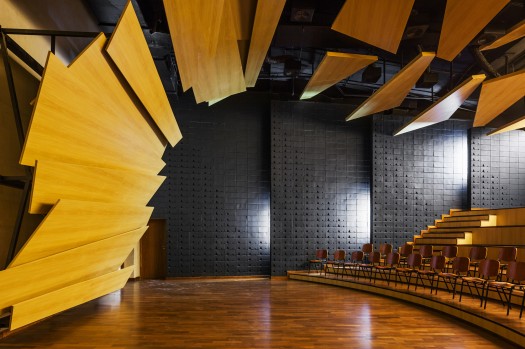 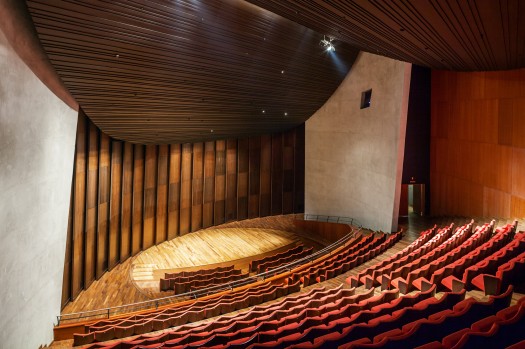 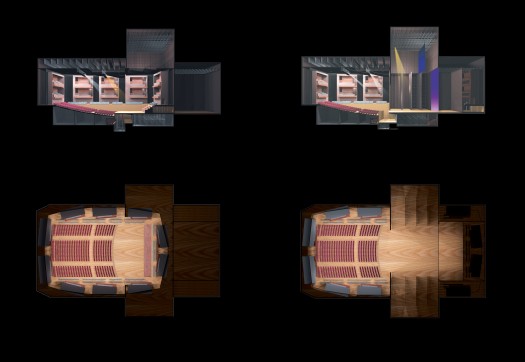 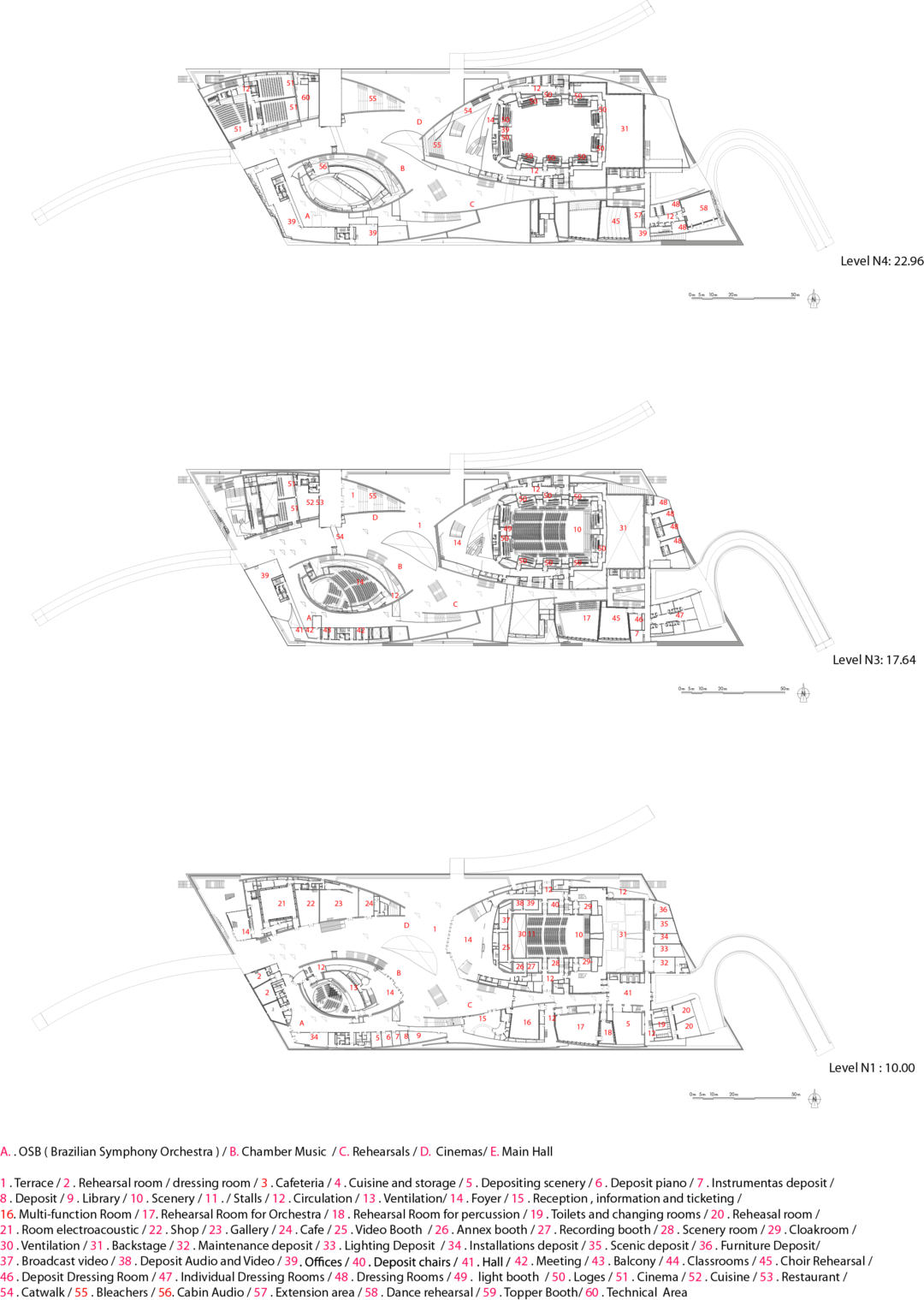