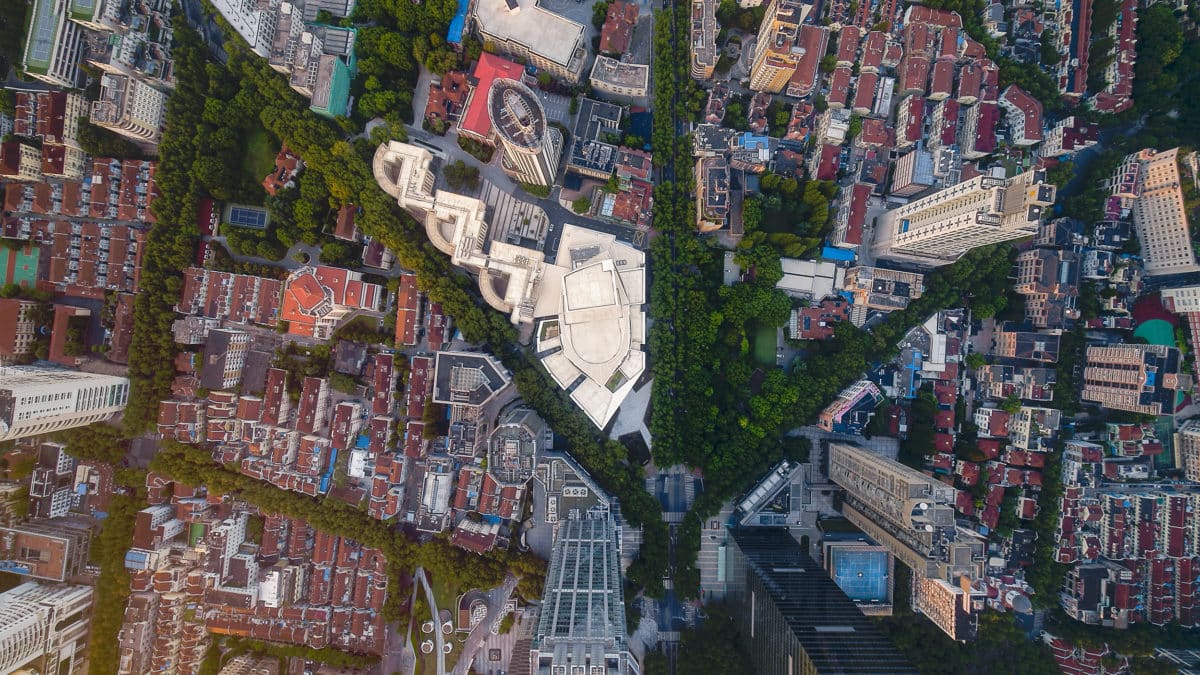 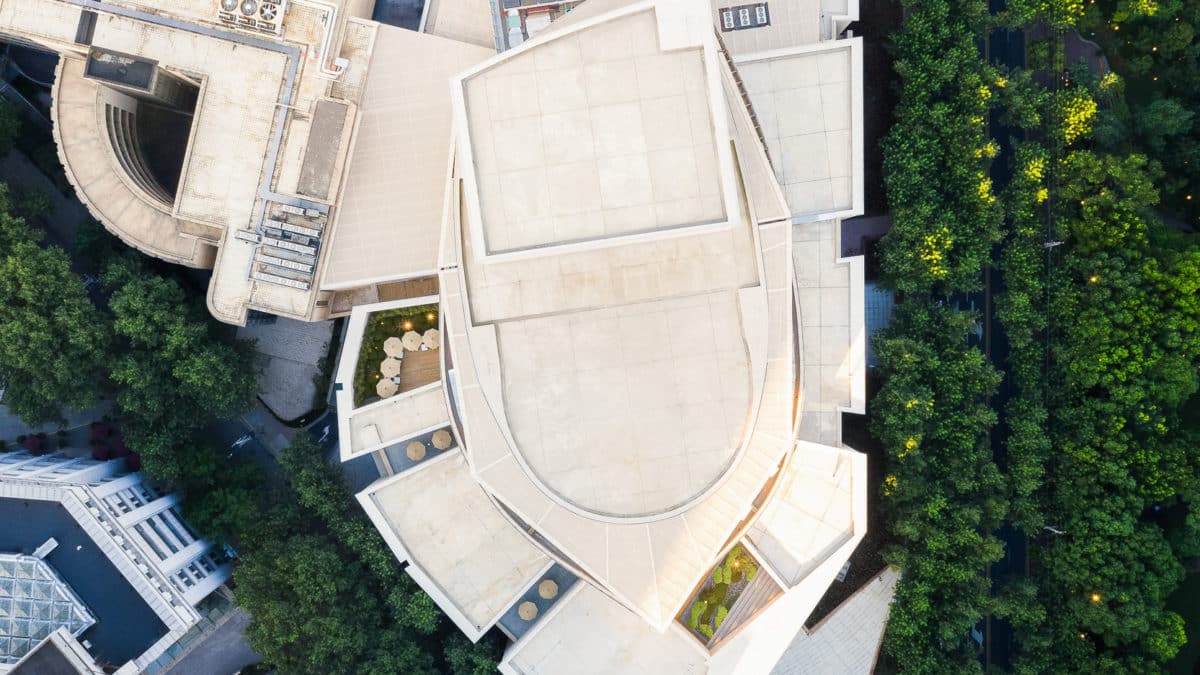 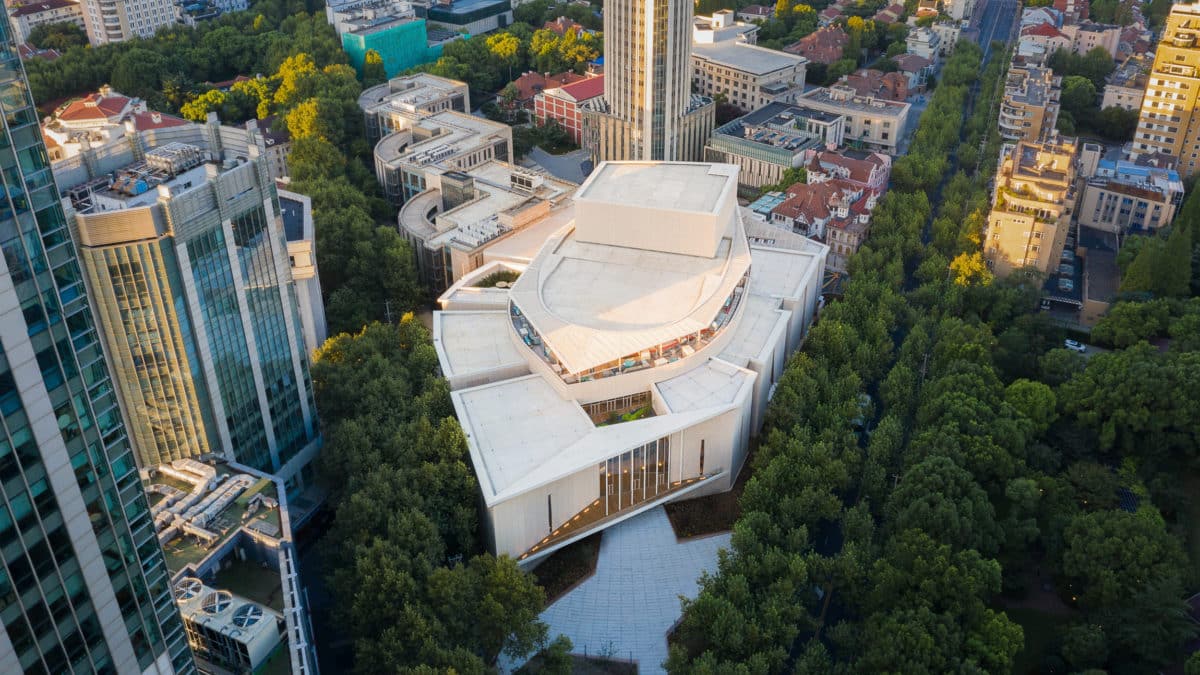 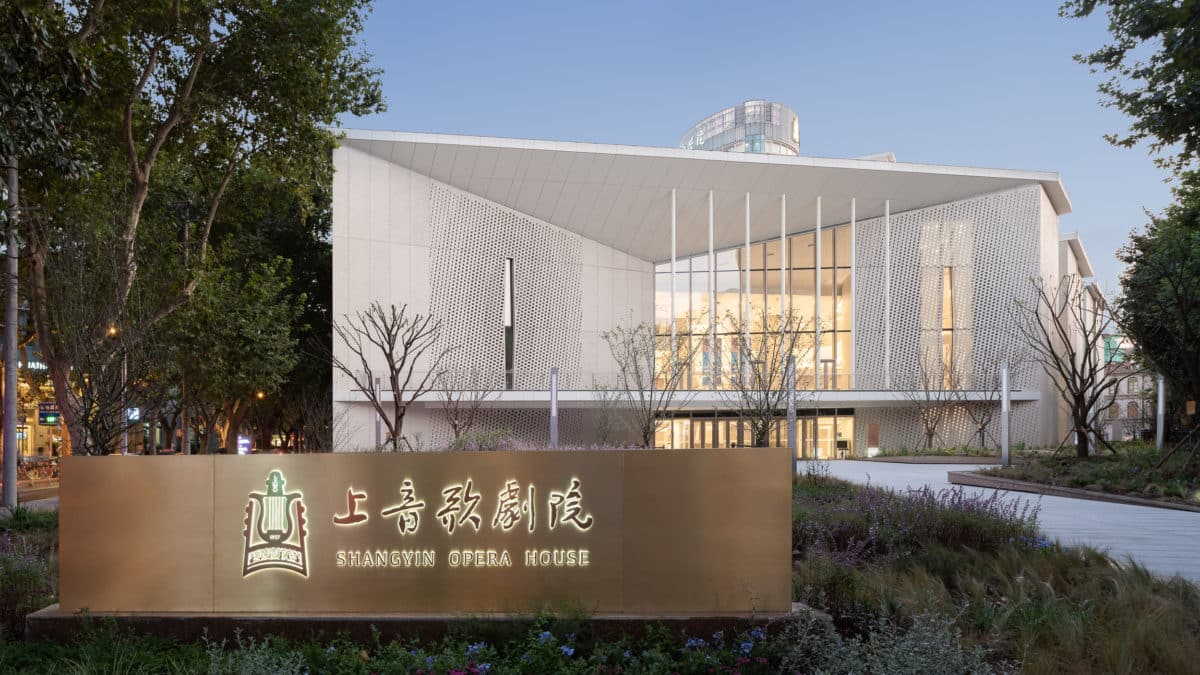 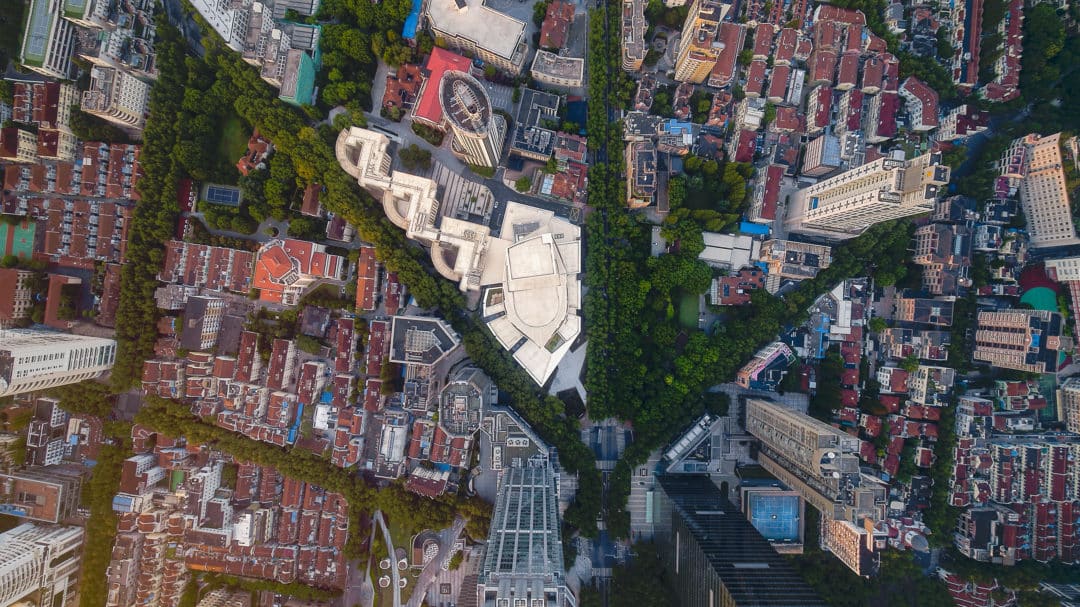 Being both a pedagogical equipment and a public performance hall, the use of the project is flexible. Inside the urban block formed with the others conservatory‘s buildings. The opera house is linked with all others pedagogical facilities. When there is no performance, students may access directly to the main foyer and rehearsal hall. When a large public performance is presented, the whole building is reserved to them and a link connecting the loges with the existing building is provided to extend the capacity of welcoming the artists.

This new opera house is situated on Fenyang and Huaihai Road. The building has a great public entrance at the corner of these two important streets of the historical French district. Rather than a massive unique building the opera is built as a sequence of pavilions, following the rhythm and the height of the existing architecture including, on Fenyang road the existing recent building of the conservatory. The color and texture of the pavilions is respecting a brick pattern aspect.

The opera house, belongs to the Conservatory of Shanghai. It will provide to students and teachers a toll for practicing Opera in real condition It is also conceived to be a high standard public hall for music, with a high level acoustical quality and international standards scenographic equipment.

An opera hall is a musical instrument. This one was to be conceived as a classical traditional one, respecting the acoustical qualities of the u-shaped model. Nevertheless, it is designed in a new way to give good visibility from everywhere as well as good acoustic for both classical and romantic repertory through a variation of reverberation time. The dimensions of the u-shaped form create an intimate relation between the artists, the orchestra and the public. This main hall contains 1,230 seats.
The building provides all facilities as rehearsal and loges. The Opera has fours rehearsal rooms: the orchestra, the chineese traditional music, the ballet and the chor.
The lobby is an intermediate space between outside and inside that has to prepare to the music. It is composed by two additional floors giving access to all the balconies in the auditorium each of them counts around 250 places. In the volume of this foyer, pictorial forms create a rhythm in the space, preparing to the music rhythm inside of the hall. 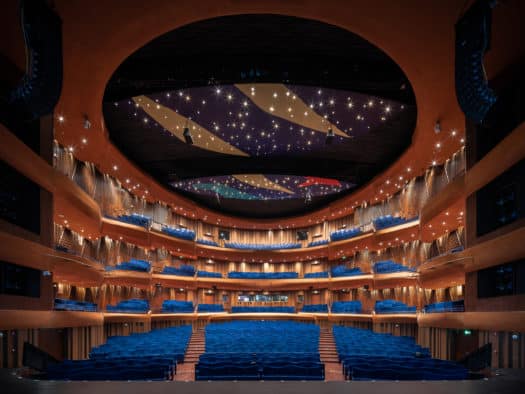 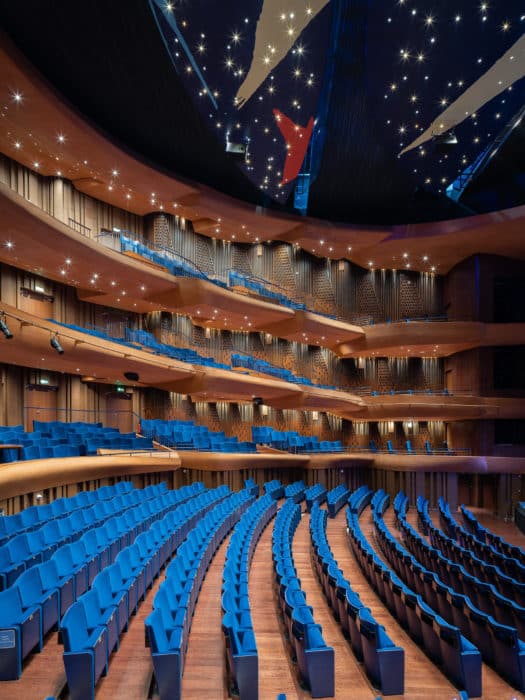 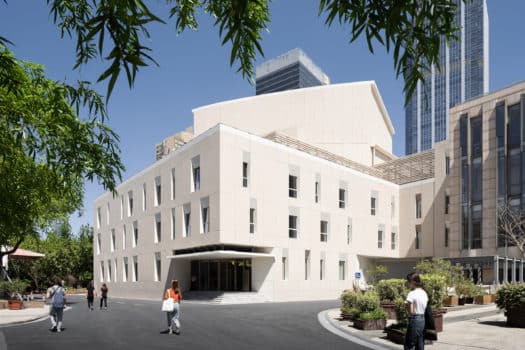 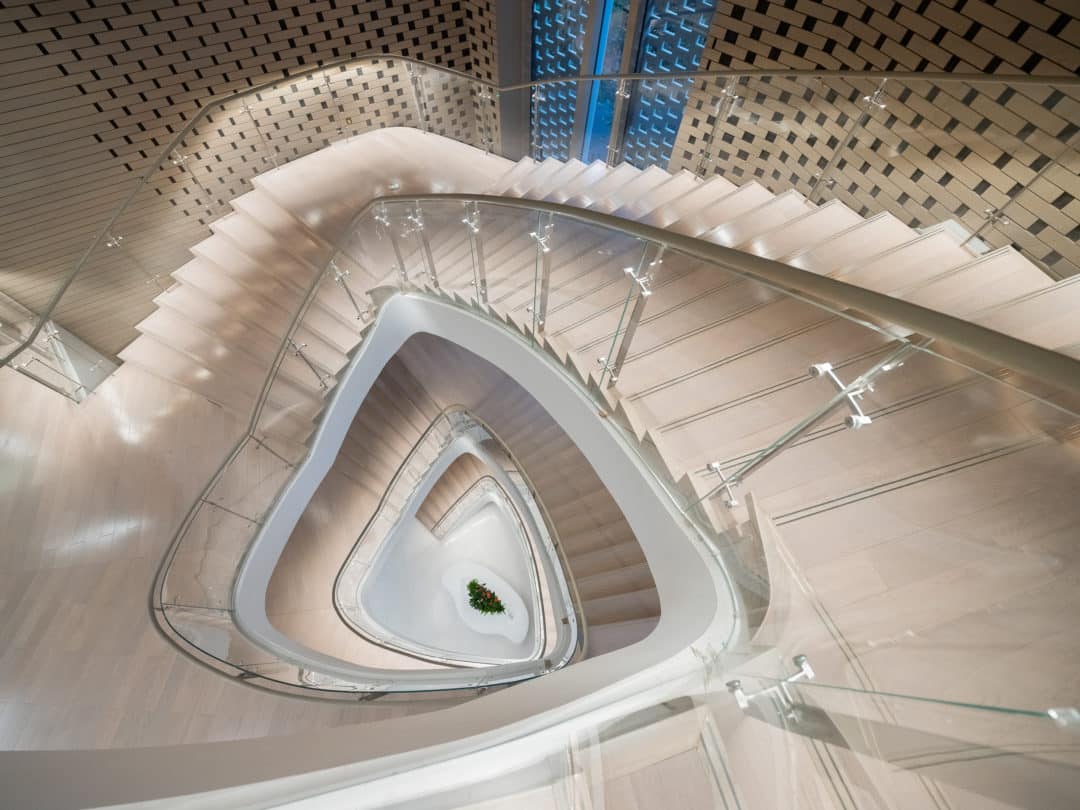