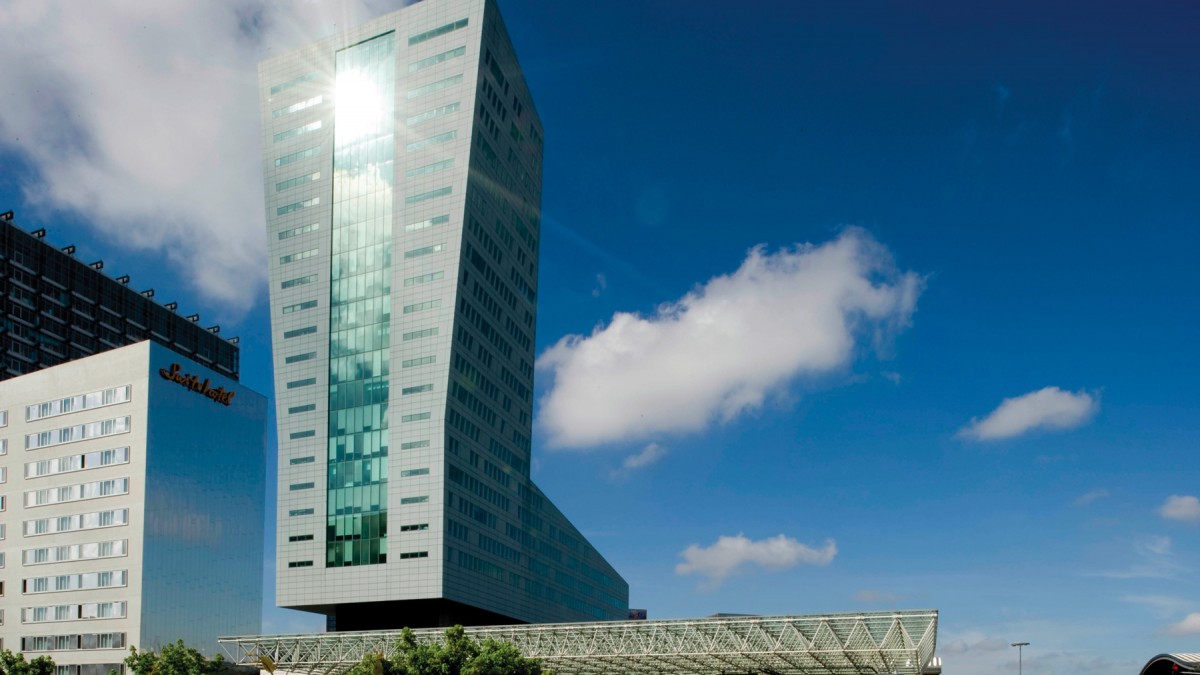 PROGRAM: An office tower for the Crédit Lyonnais bank headquarters, in the Euralille zone within a site plan designed by Rem Koolhaas (OMA)

As part of Rem Koolhaas’s master plan for Euralille, the Credit Lyonnais tower is part of an alignment of large buildings set within a single theoretical grid. This one has the peculiarity to straddle the new railway station in the manner of a bridge, with no intermediate structural supports. Christian de Portzamparc created this powerful image as a formal response to an extremely demanding brief, with a maximum of “don’ts” and technical difficulties that made it necessary to circumvent functional and commercial specifications. In fact, the project precisely solves an equation bringing together multiple constraints:

– a bridge structure above a 70-metre-long station attaining a height of at least 100 metres, with a surface area not exceeding 14,600 sq.m.;

– orienting a maximum of offices toward the city and not the railway lines;

– setting the whole on narrow foundations caught between the underground network, the railway and underground car parks.

The result is a forceful, generous, sheer form, both bridge and tower, tapered and oriented to the south – a right-angle which seems to float and not to weigh on its base. In this clear lines, the Tower gives off an enigmatic, floating presence effect which changes in the day and at night. A horizontal and a diagonal in levitation. An object about to take flight but which is nonetheless motionless. 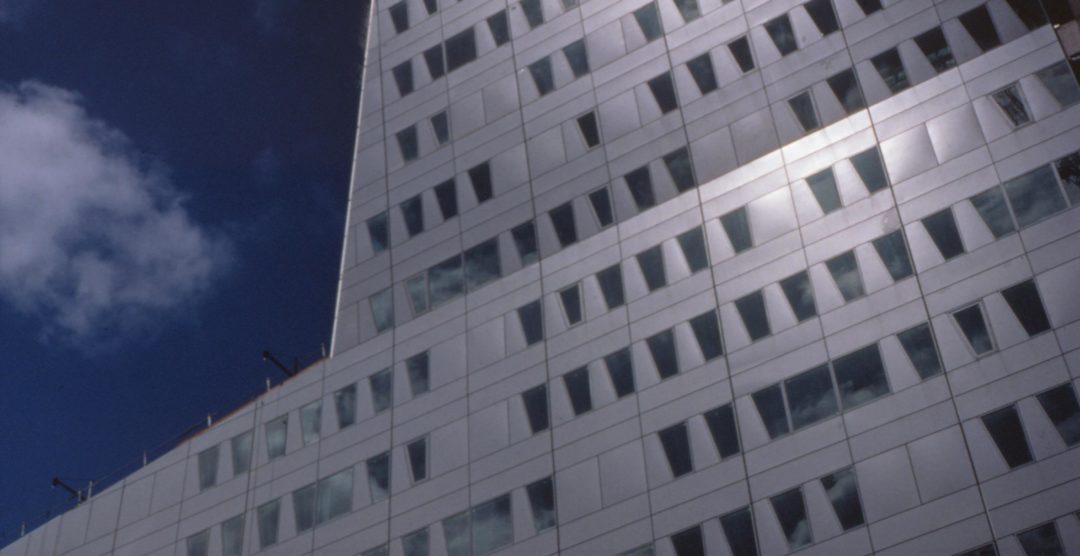