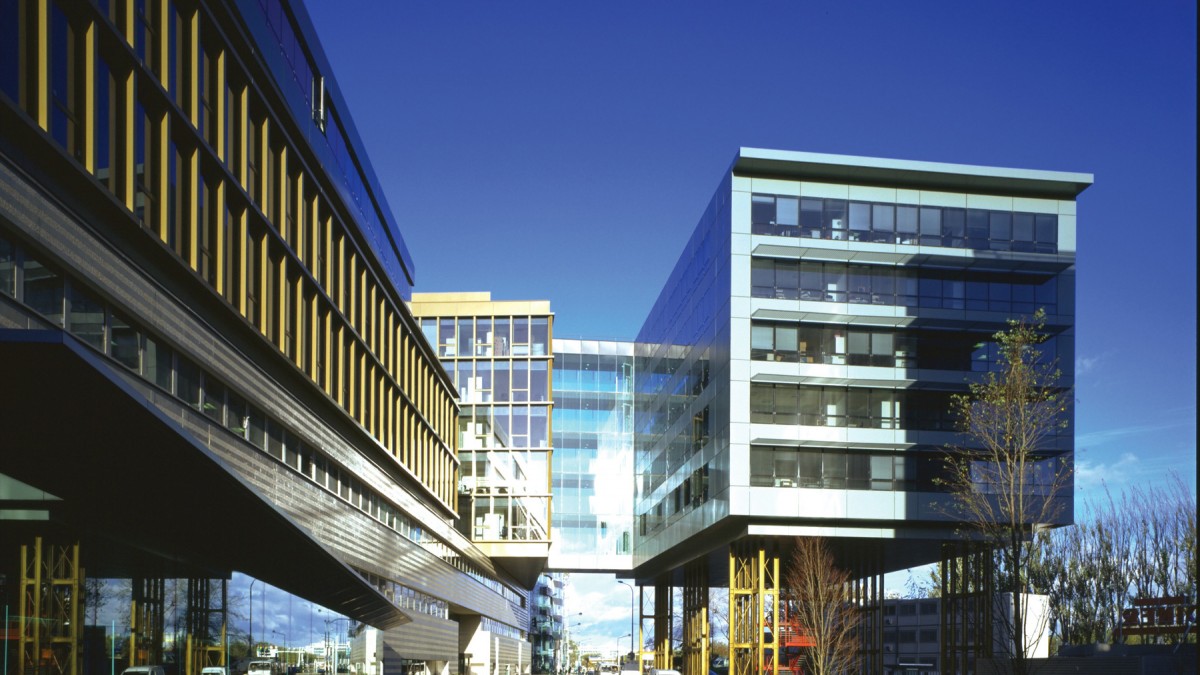 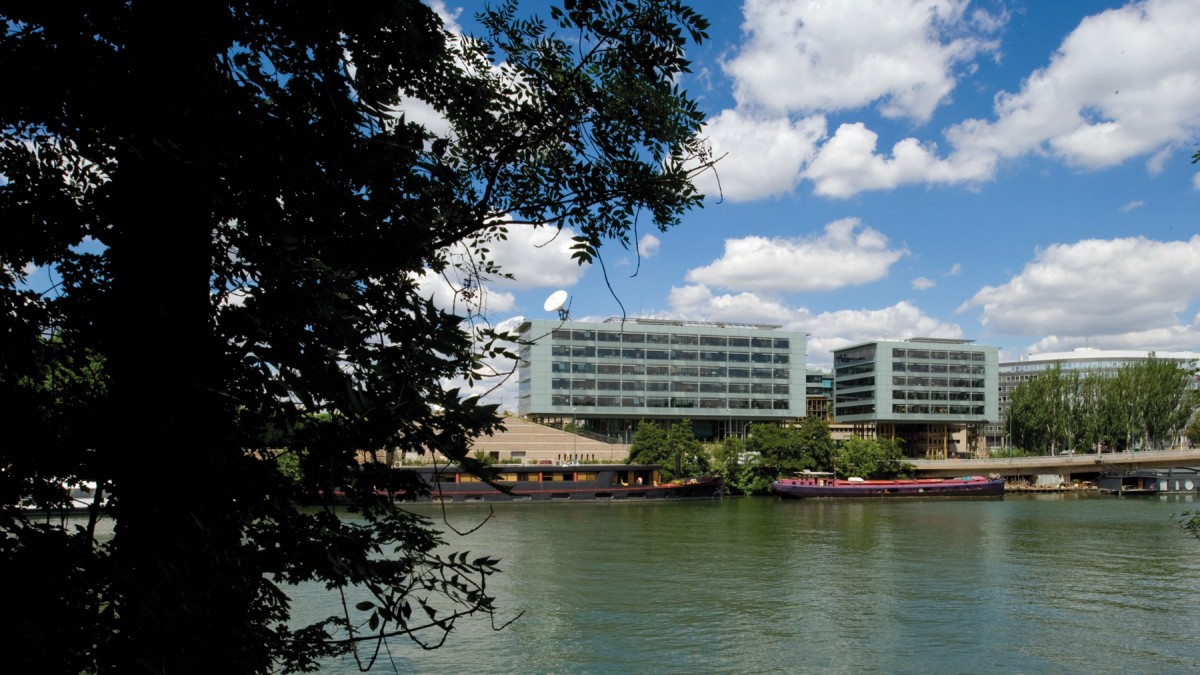 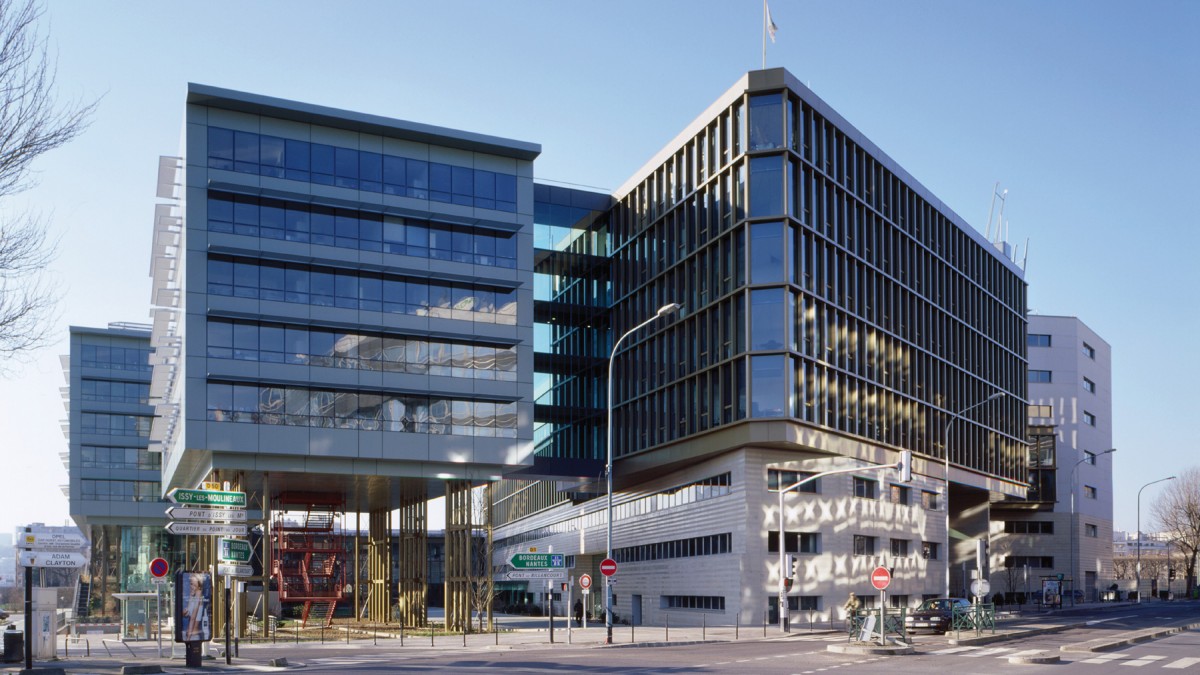 This building is occupied by offices and the studios of French television network Canal+.
The site, on the banks of the River Seine, is one of the entry points of the City of Boulogne near Paris. It was considered to be a good riverside location with a less attractive rear plot. Buildings in the second line also give onto the Seine.
The project was conceived as an open block. It is composed of several buildings with openings and perspectives that let natural light into the heart of the plot. On the riverside, two buildings made of glass and metal are set 10 meters high on top of metallic structures to avoid blocking the view onto the Seine. A lush green island is visible from both the center of the site and the offices.

The main entrance is located on the boulevard side. It opens onto the garden on the Seine side and looks onto the Saint-Germain island through narrow columns. The shapes of the buildings follow the very specific form of the site and draw their strength from it. Two layers, concrete and metal are superposed at the level of the open voids underneath these buildings on the Seine. 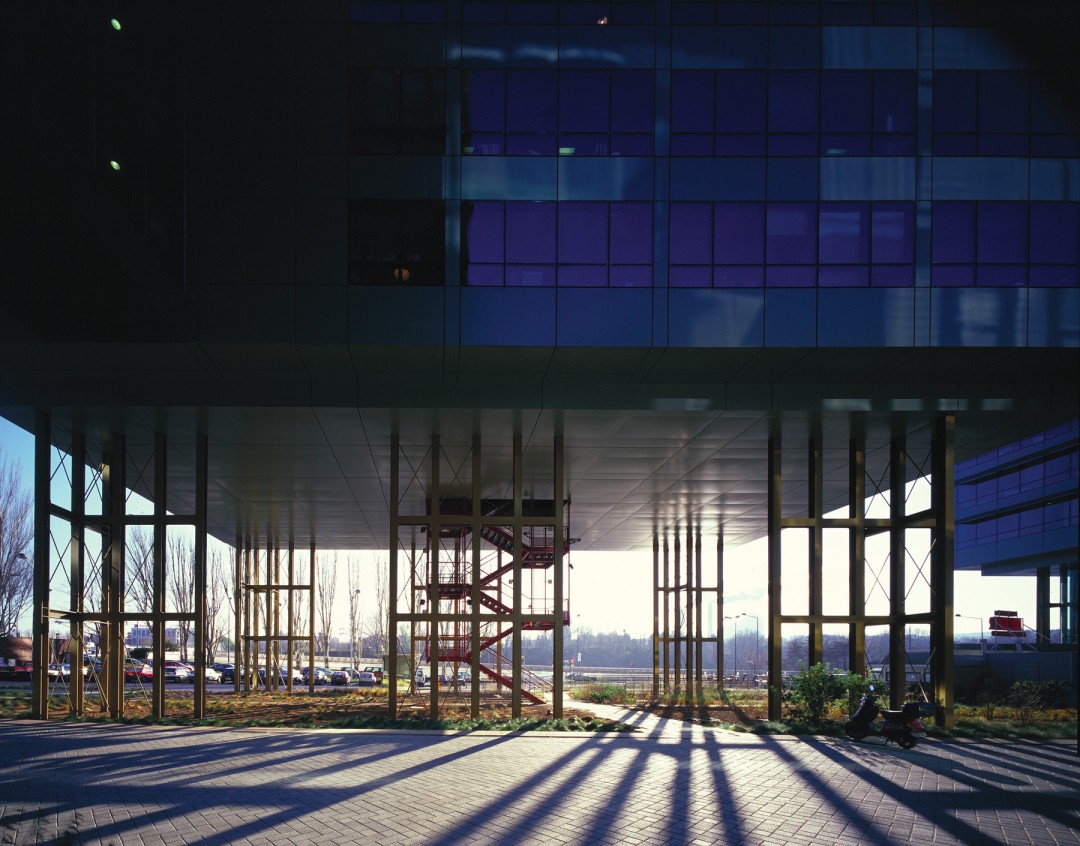 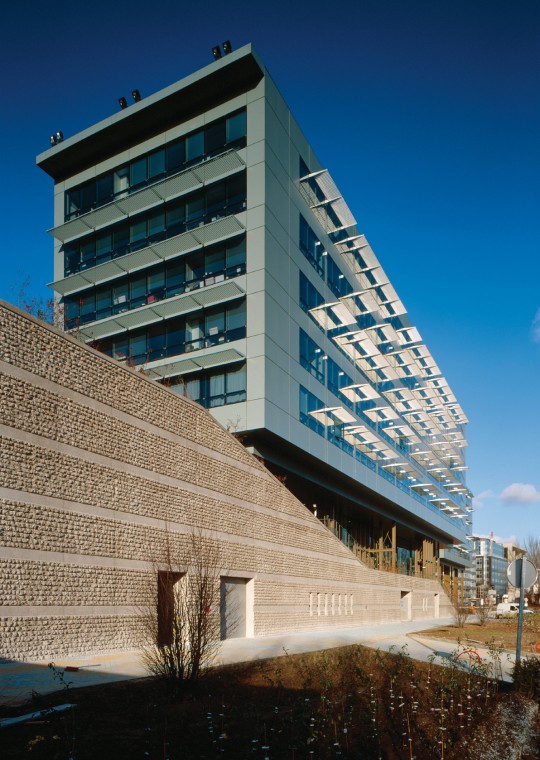 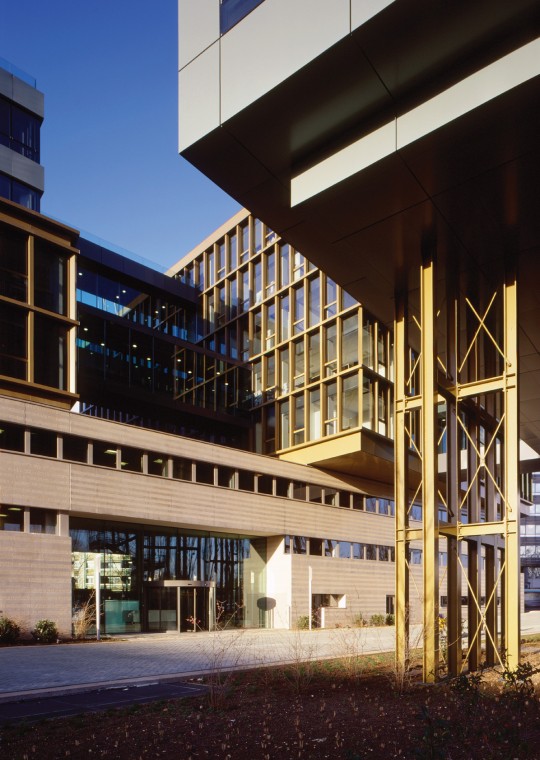 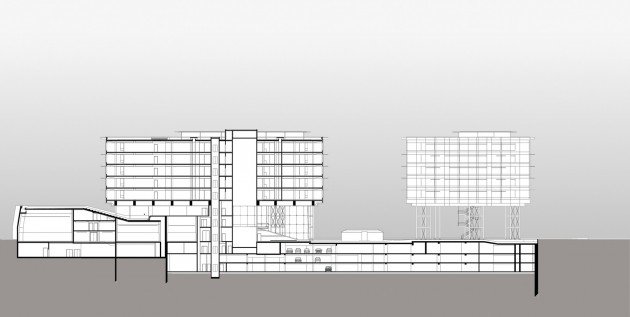 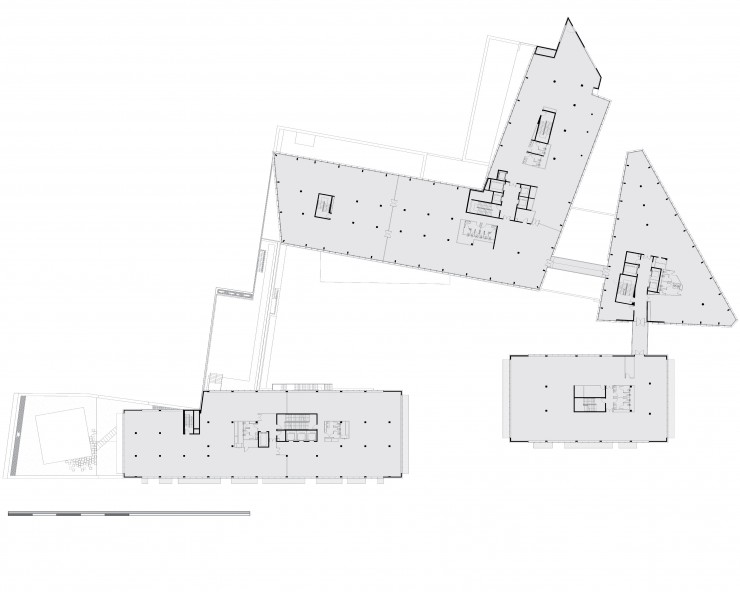