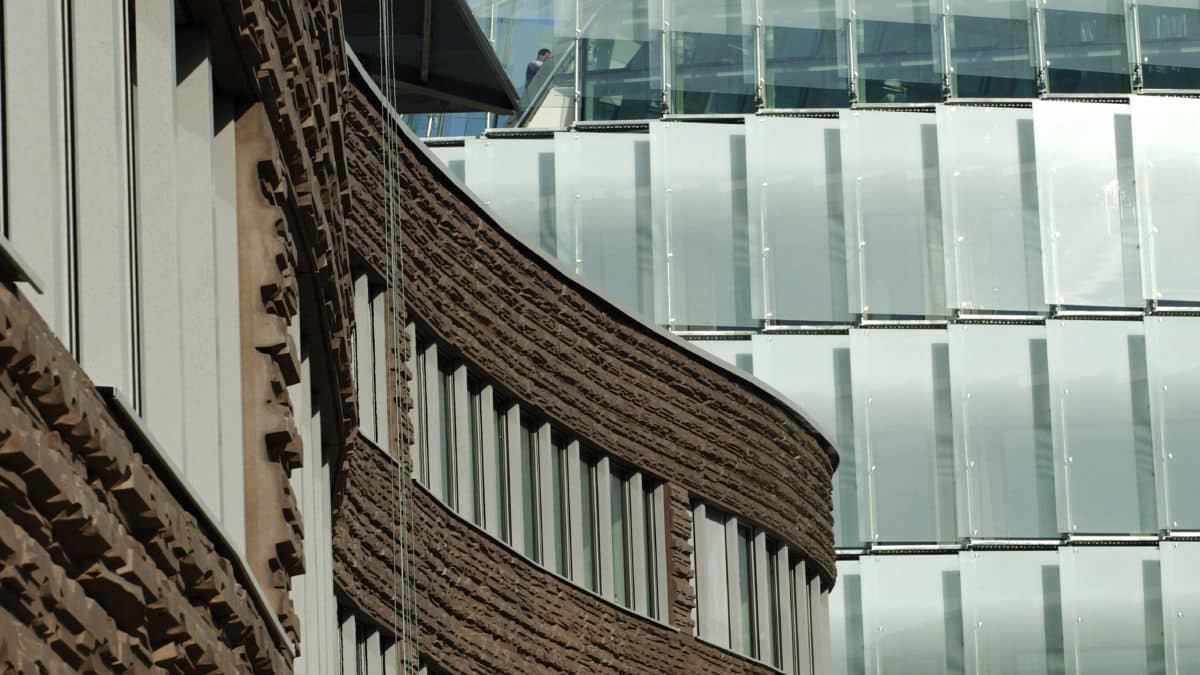 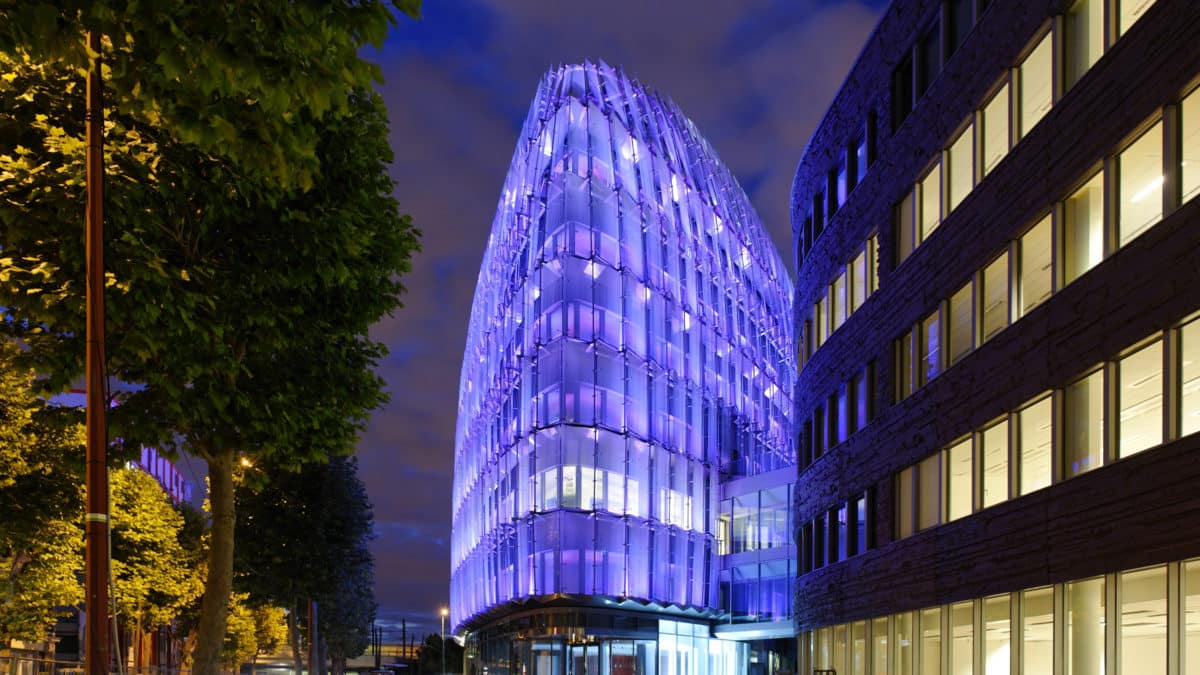 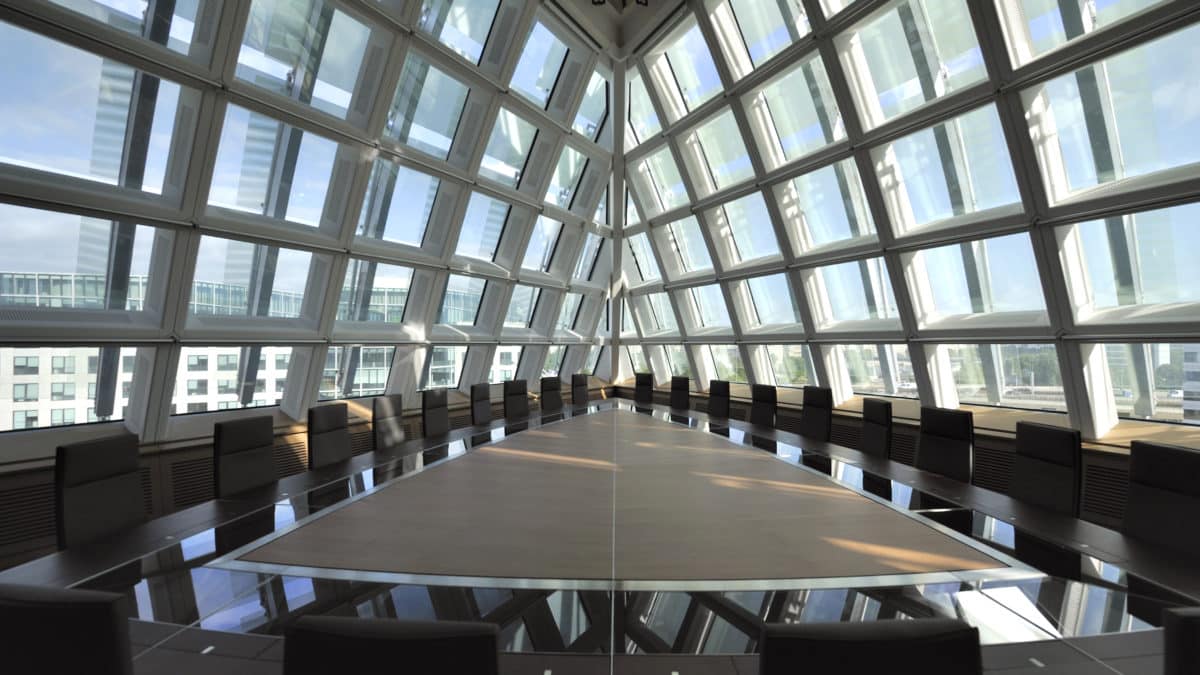 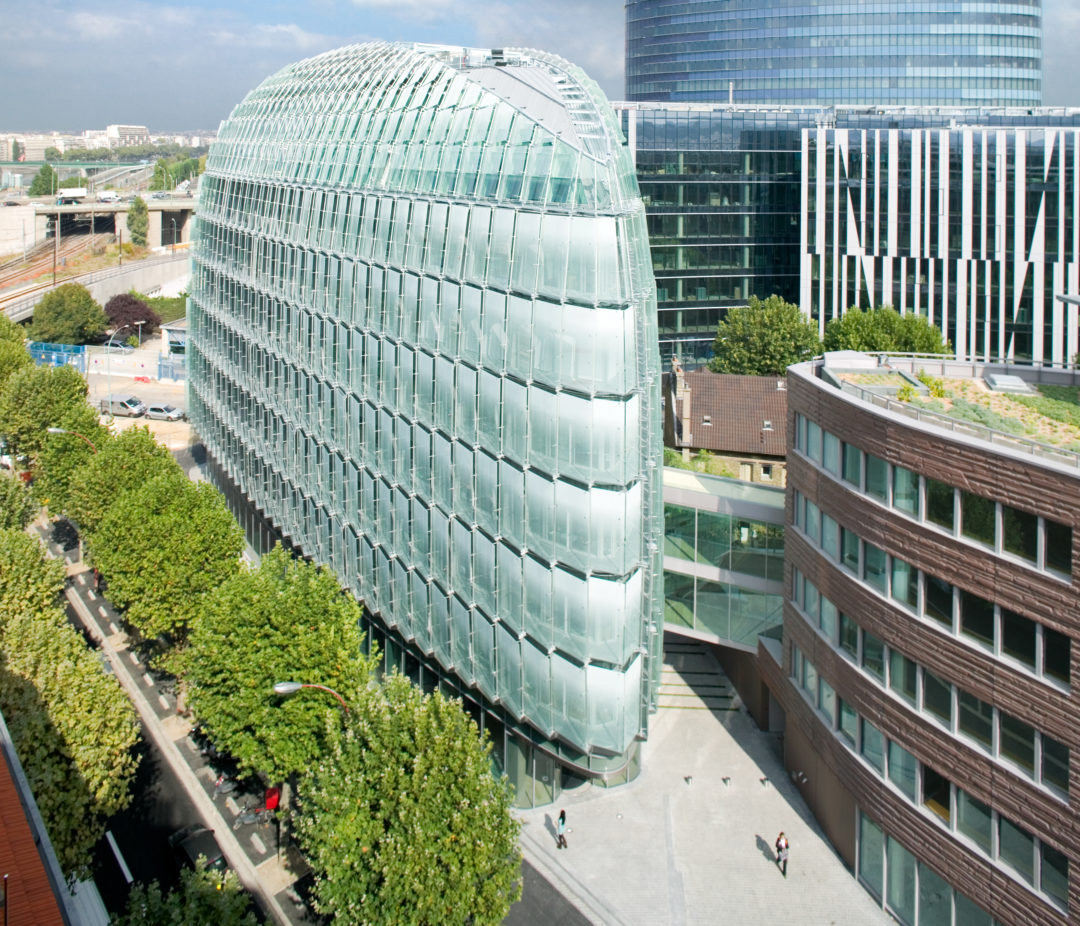 The Galeo Building, the head office of French property development company, Bouygues Immobilier, marks the entry point to the town of Issy-les-Moulineaux from Paris. It is characterized by an envelope which fits into the urban template like a polished pebble. The geometry of this volume is constituted by a “double skin” of glass scales which plays a practical role, insulating the office floors from fluctuations in environmental temperature and allowing for the opening of broad windows. The interior atmosphere of the offices is soft and light-filled. At night, this crystal becomes a “lamp” visible from the highway, despite it being encircled by large buildings.

This project is composed of three buildings along a street. The block has been opened up using a public path crossing the site, and existing workers’ houses and mill houses are integrated into the whole. Along the street, two office buildings, Dueo and Trieo, are constructed in contrasting materials. The architect purposely confronted two architectural “expressions”: on the one hand, an elongated mineral element formed from two office buildings “in white”, clad in red fiber concrete made using a mold produced in conjunction with Martin Wallace, and on the other hand, a plain glass building, Galeo, which, as a result, is set off to full advantage. The entire project is HEQ® accredited for its high standard of environmental performance. 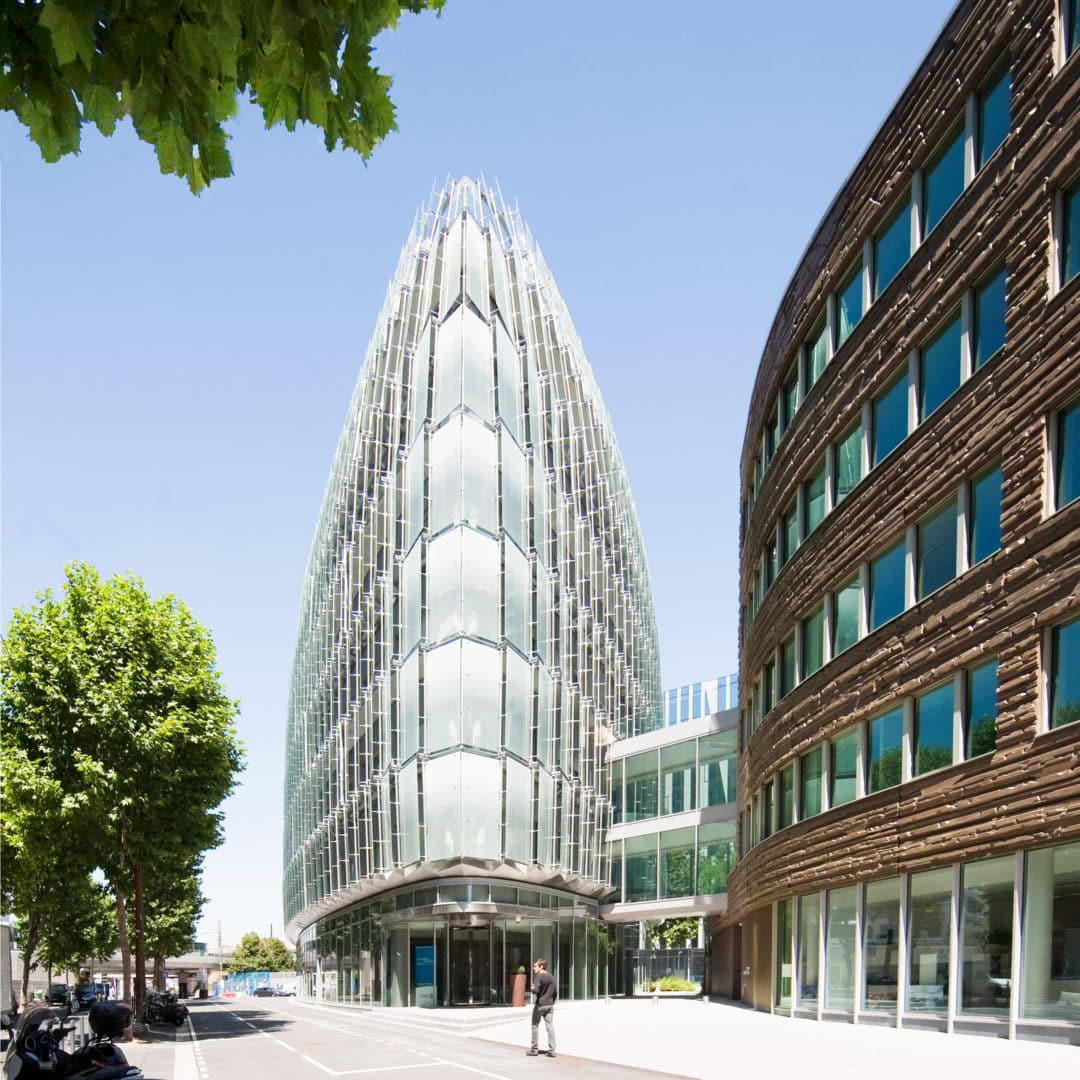 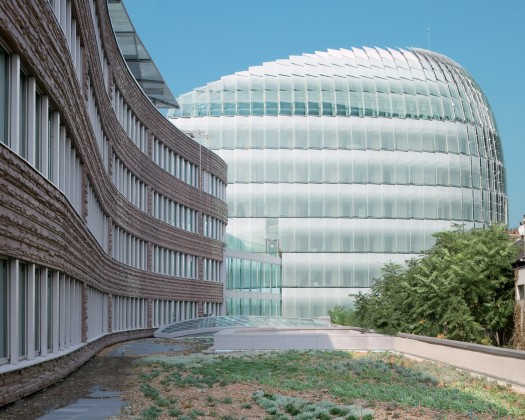 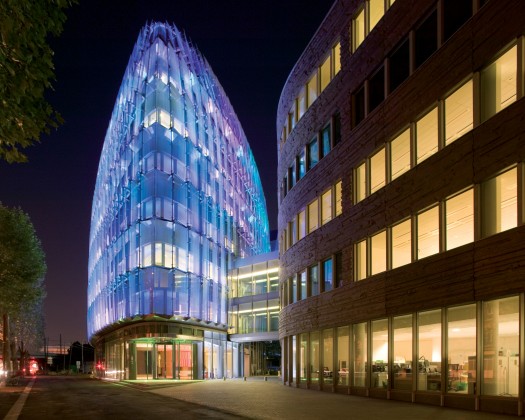 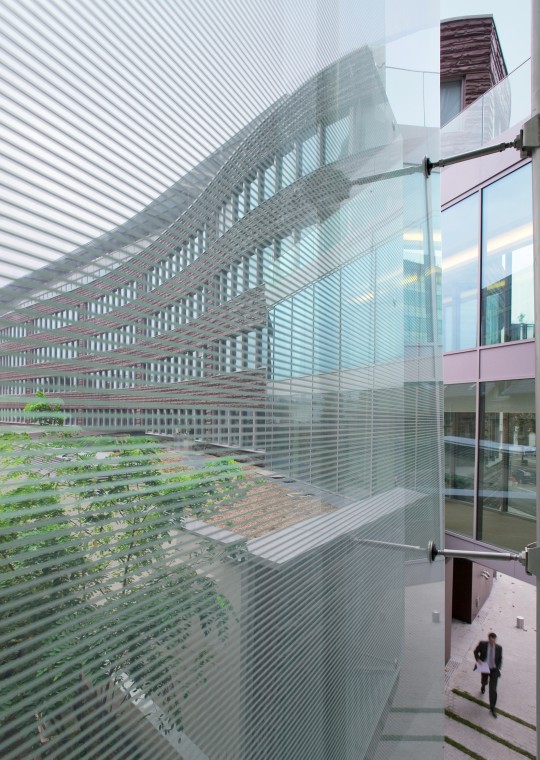 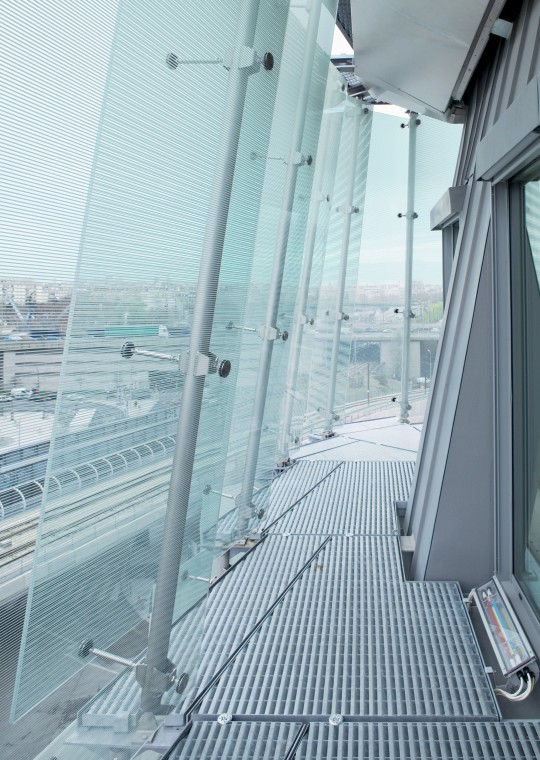 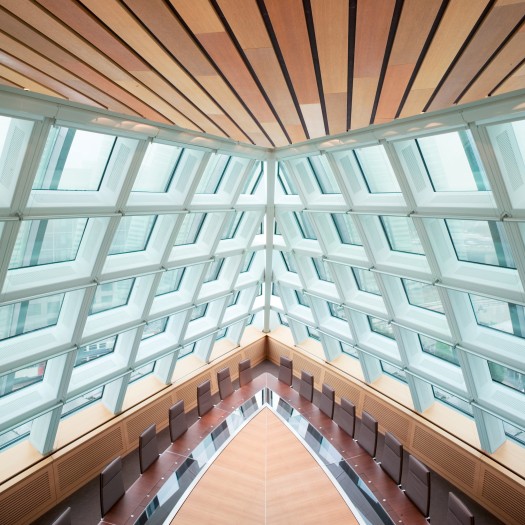 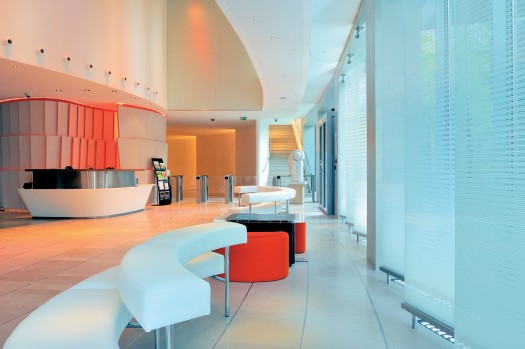 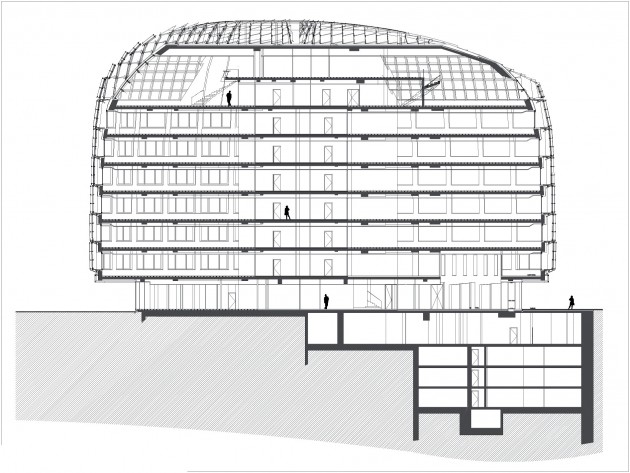