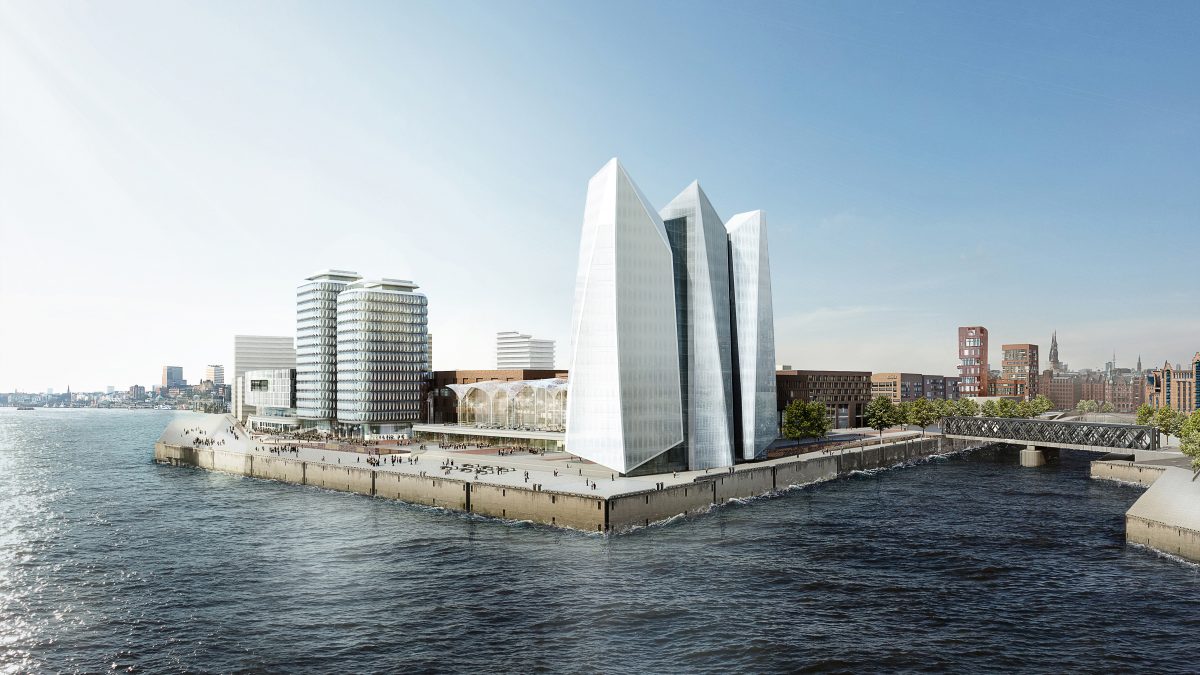 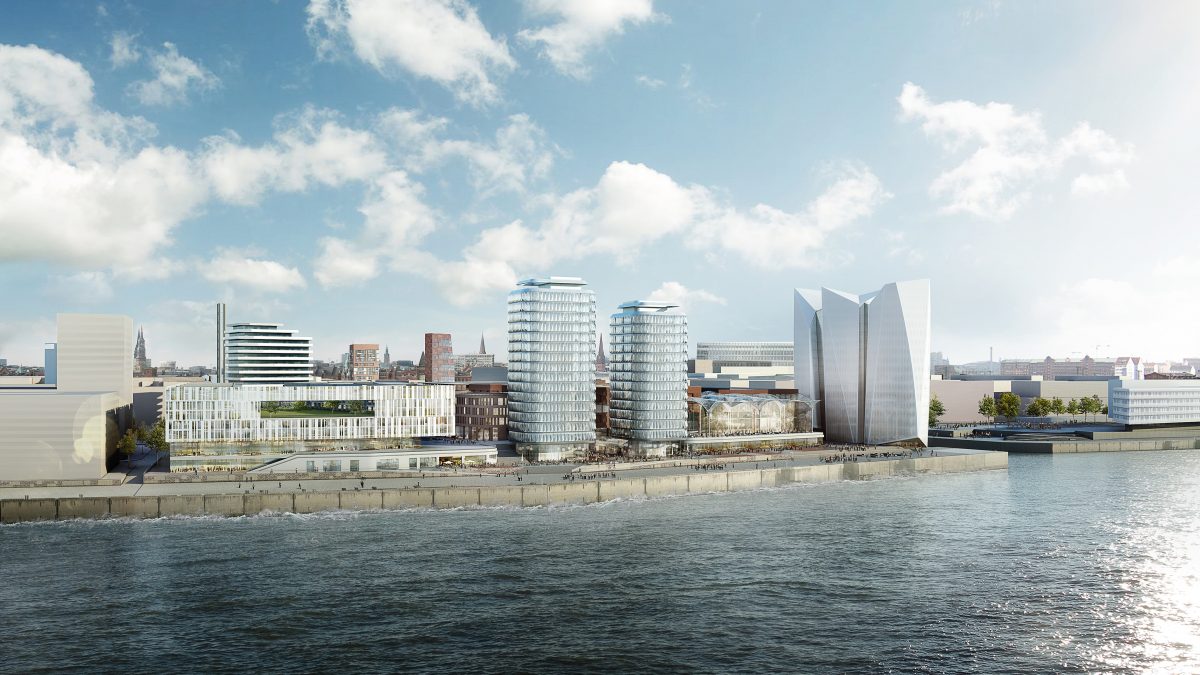 Each of the three volumes is cut in glass facets that capture the reflection of lights from the river and sky. They will be whitened using serigraphy to enhance their anti-UV properties and by specially selected filter coating.

A curtain wall with glued exterior glass will harmonize the side surface. It marks the center of the Hafencity on the riverfront and the entrance to the central district, the Magdeburger Hafen.

A skewed section at the foot of the first volume on the south side provides a view of the square towards the entrance to the port; the sides of the volumes extend above the level of the terraces to form high transparent and protective parapets.

The development plan for this Hamburg property redevelopment project in the city’s former port area specifies the public spaces, roads and squares, alignments and volumes to build.

It describes remarkable places and their buildings that should be landmarks in the cityscape. In this new district, Hafencity, the building to design is defined as one of the city’s high points, a figure rising directly over the Elbe to mark the entrance to the Magdeburger Hafen port. It echoes the other end of the district where the Elbphilharmonie rises from the ground. The idea is to create a vertical volume forming a sculpted object that stands out in the neighborhood.

To achieve this verticality, the building is structured into three vertical parts, with an interplay between river and sky. The building houses some of the offices, which are wider than planned in the development proposal for the southern half. For a vertical effect, the volume is divided into three elements by two vertical faultlines intersecting the open-space levels at one third of its length. These connections of the open-space levels position the floor lobbies. They provide welcoming, open spaces and free up views to the east and west of Hafencity. 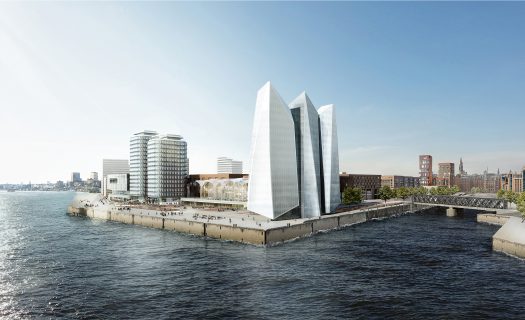 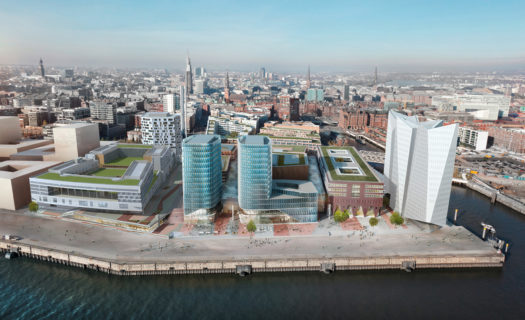 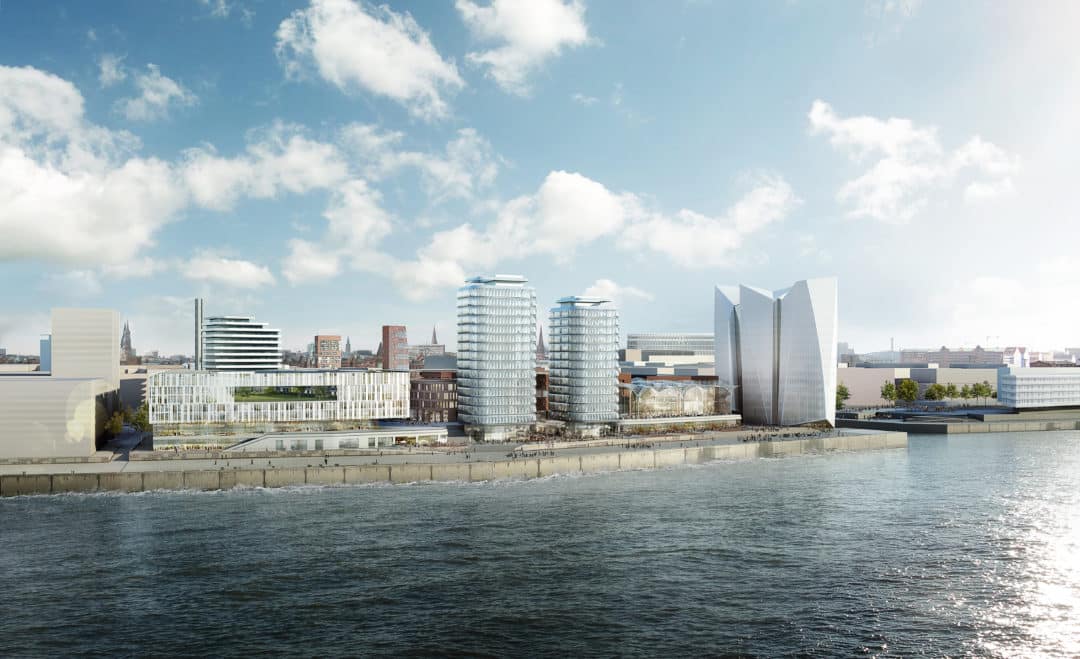 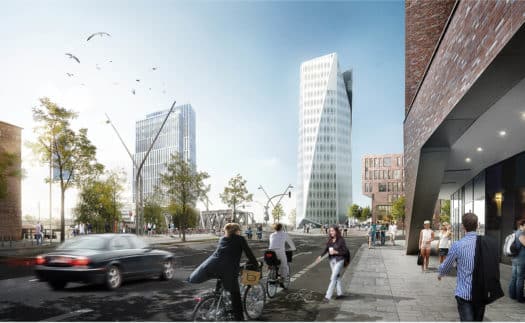