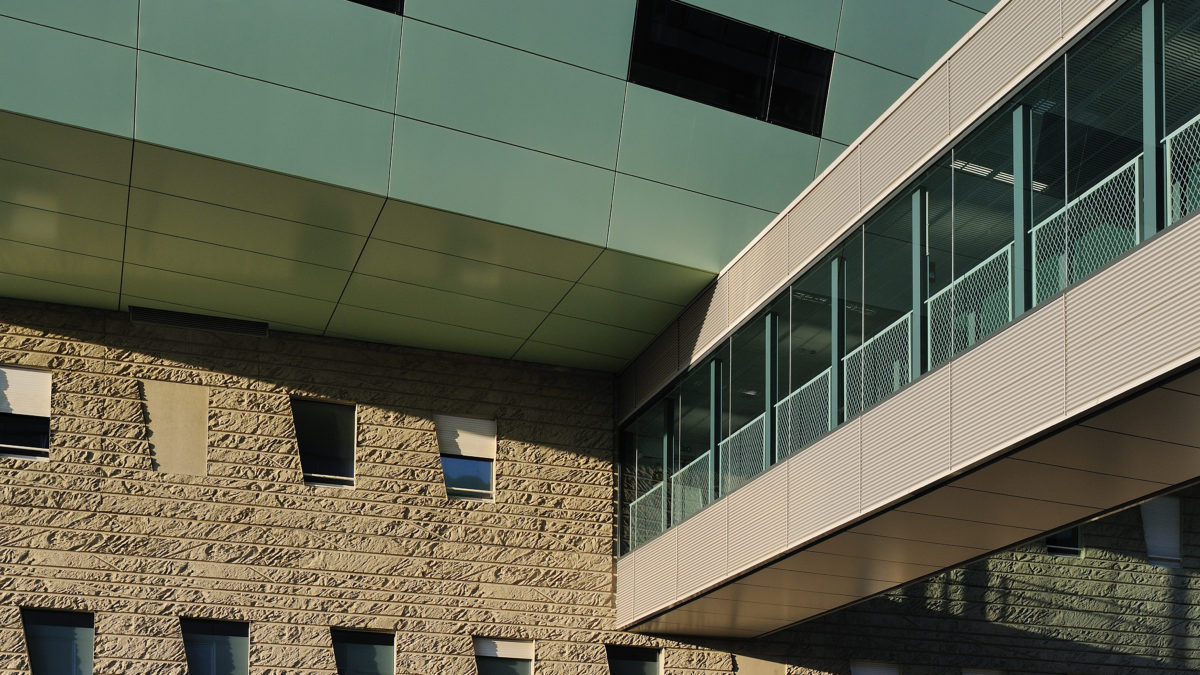 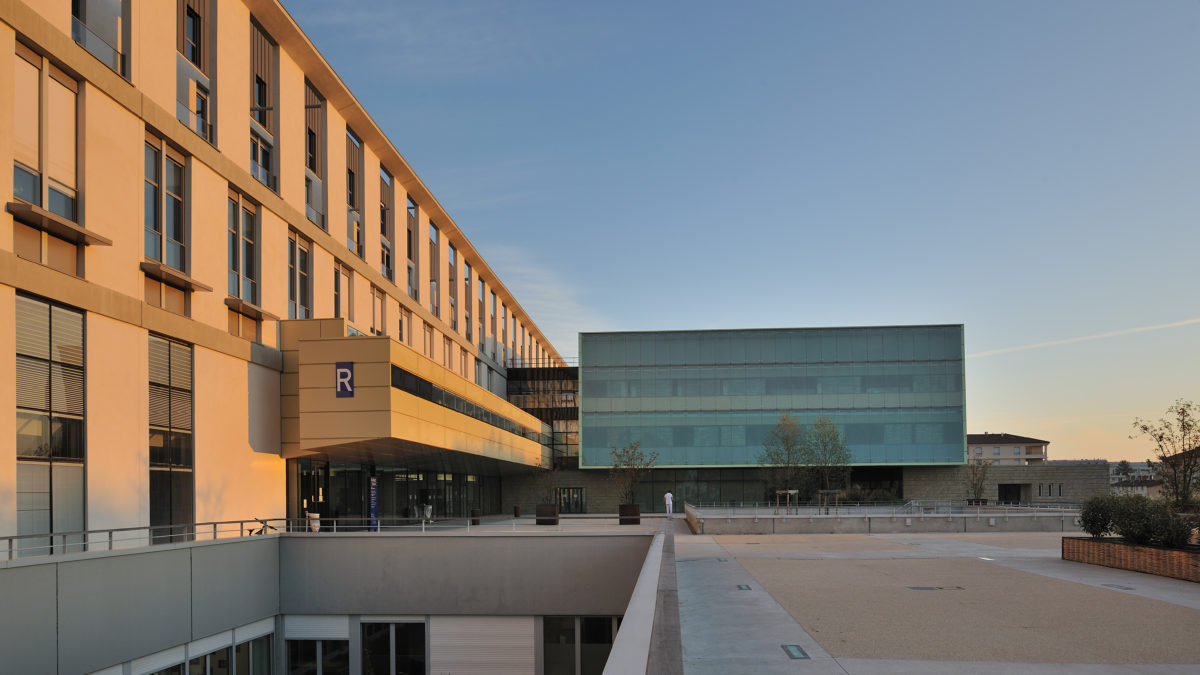 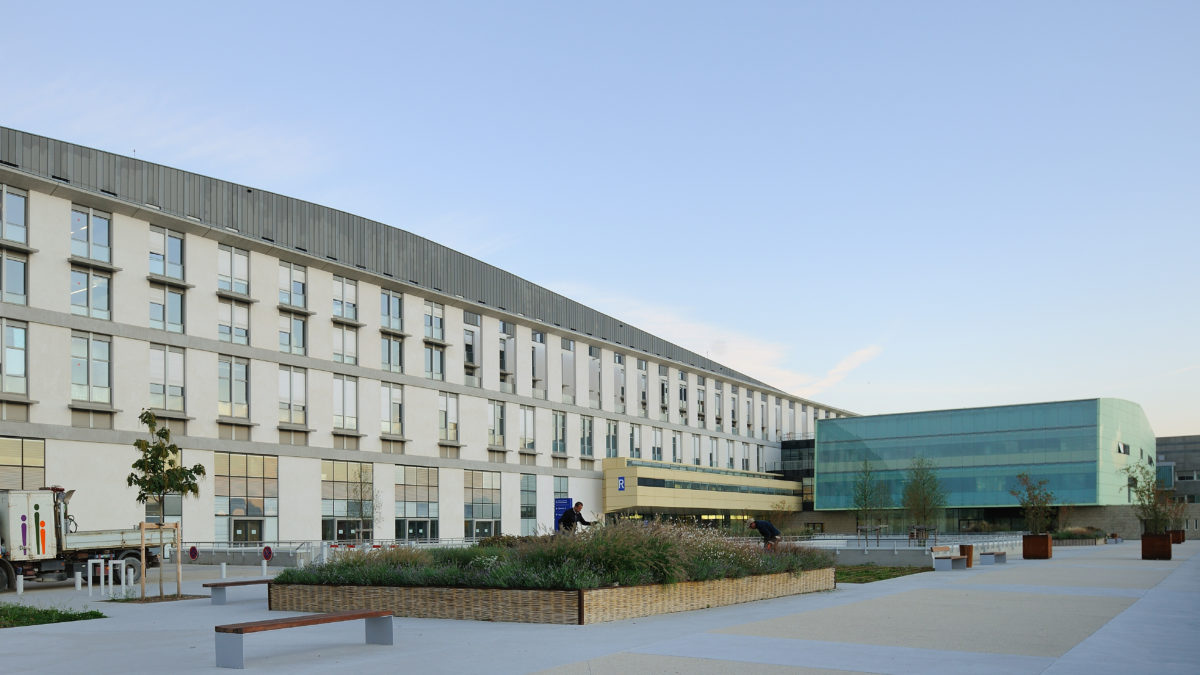 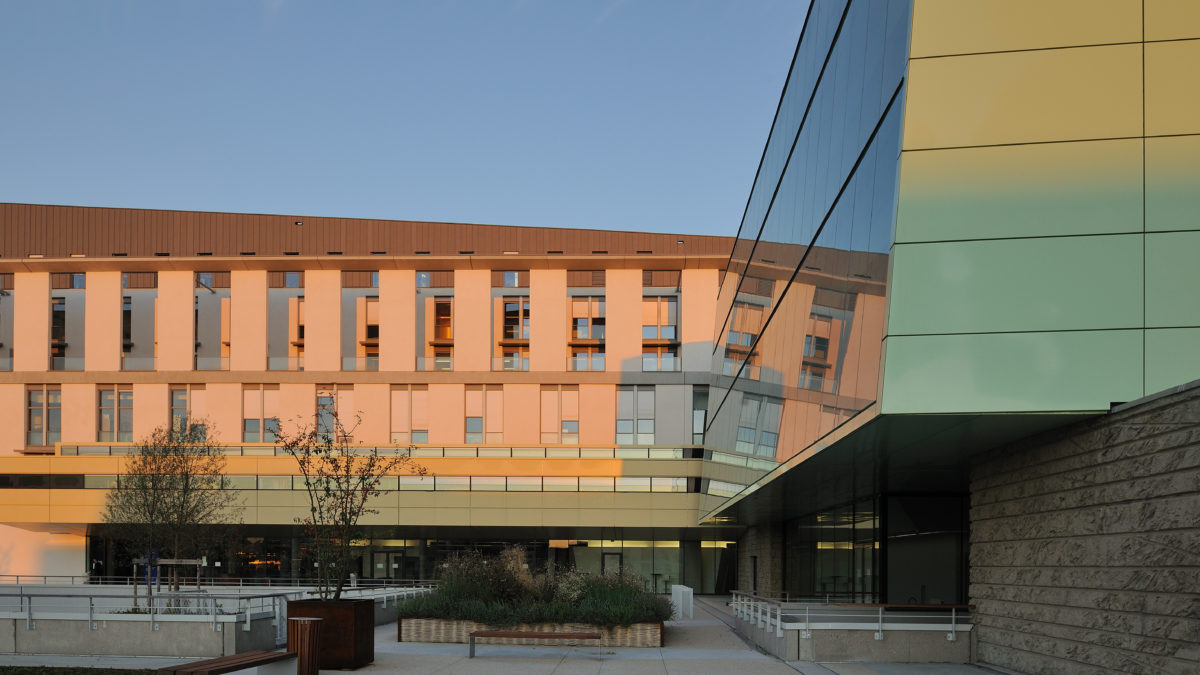 The hospital on top of the Croix-Rousse hill in Lyon was formerly laid out along an axis with “classical” dimensions that gently dominated the cityscape with its large, reassuring presence. Because the building had been extended several times in the 20th century, the layout was disorderly and the medical teams worked in dilapidated conditions. The Hospices Civils de Lyon therefore decided to demolish the entire northern central section of the older part of the building and replace it with a complex of ten operating blocks, emergency and consultation wards.
The basic idea – and the reason why it stood out in the competition – was to extend the central entrance square along an extensive terrace flanked by a retaining wall under which the emergency wards and medical imaging department were placed around patios.
This very large horizontal “plateau” also helps to organize – thanks to this terrace – the site as a whole, by restoring order to it.

The functional program is organized by level, divided broadly into the following areas: 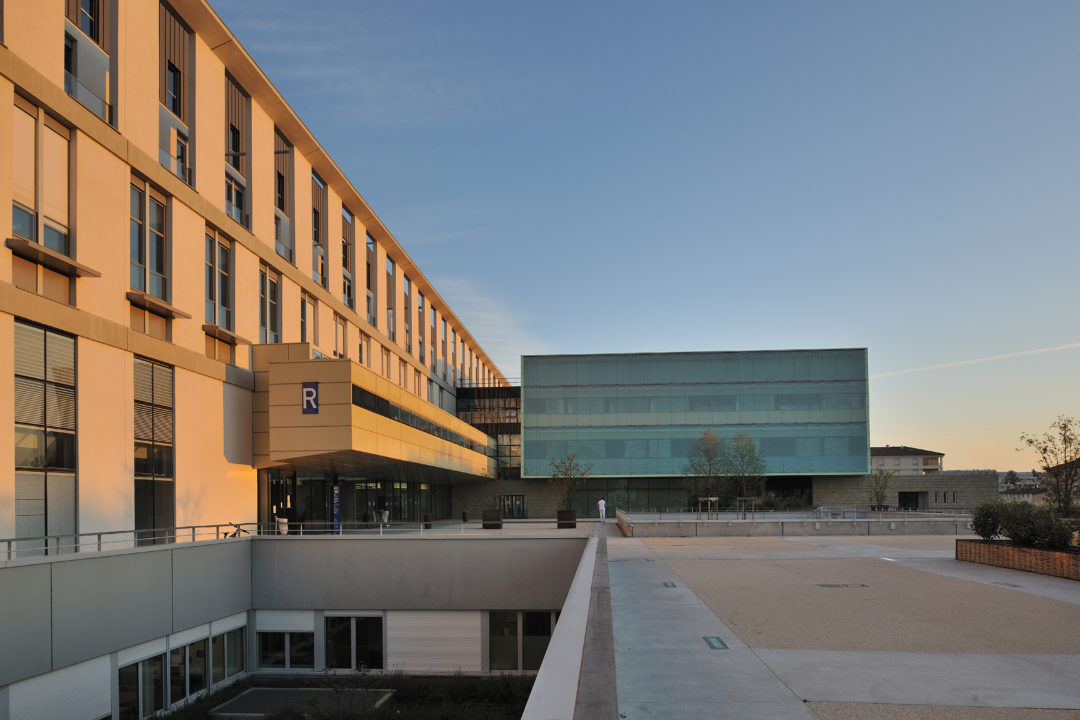 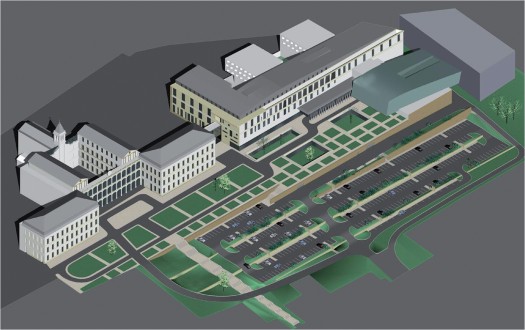 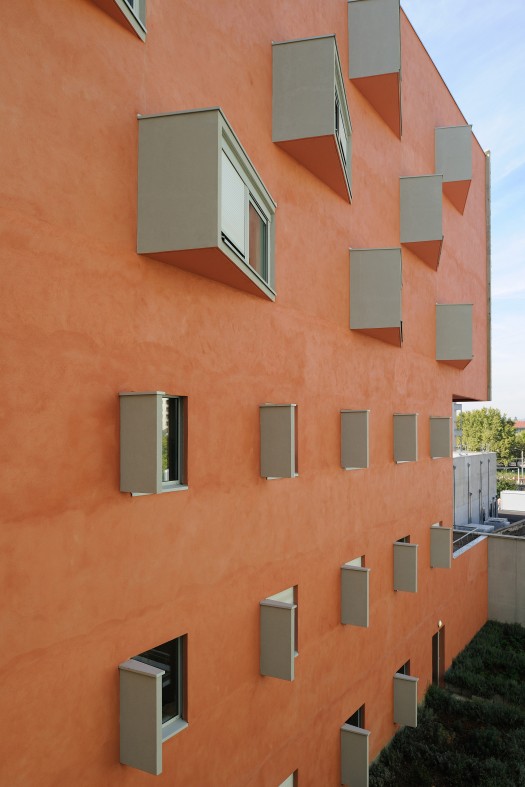 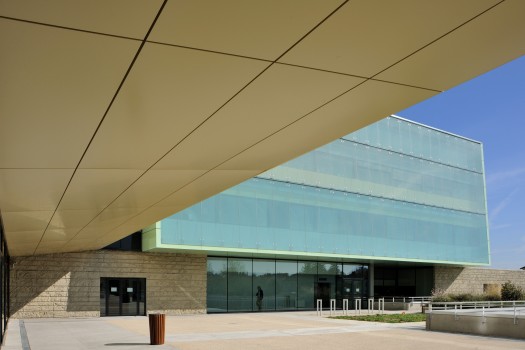 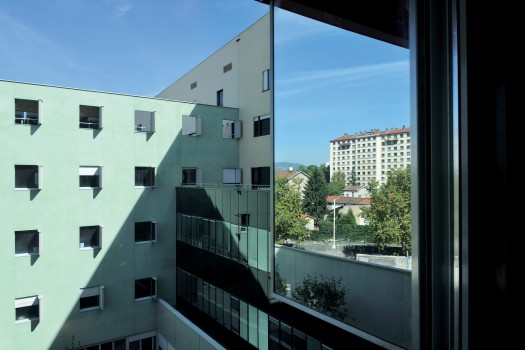 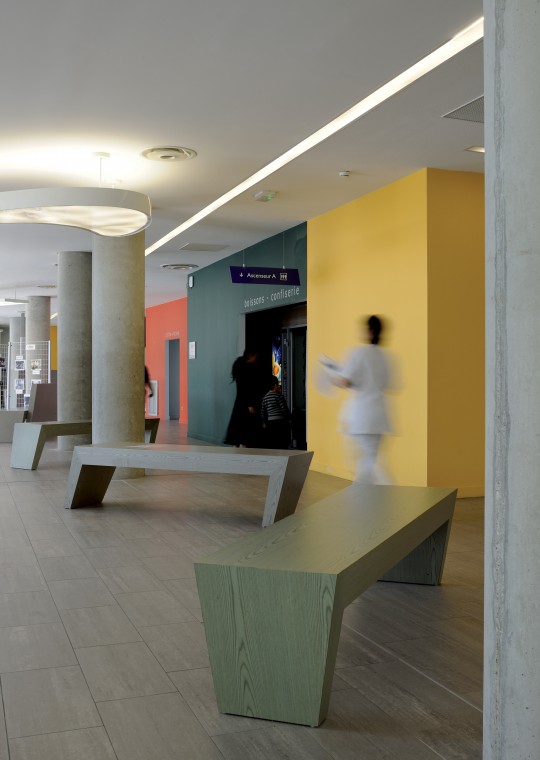 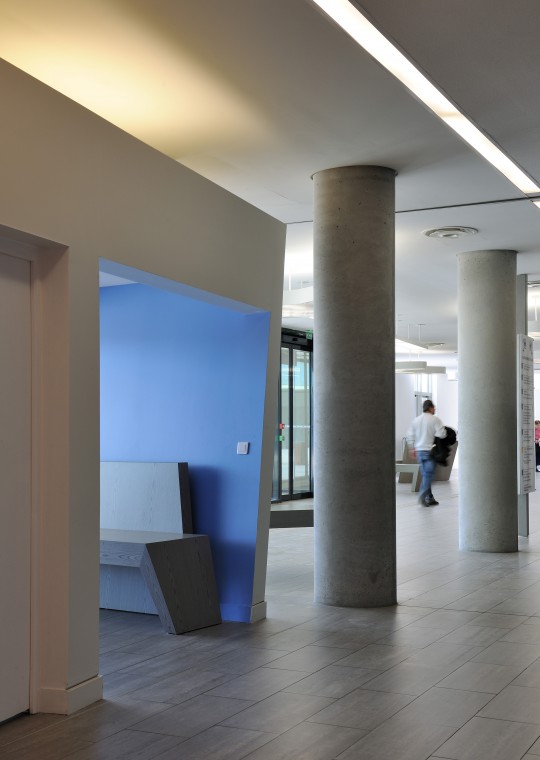 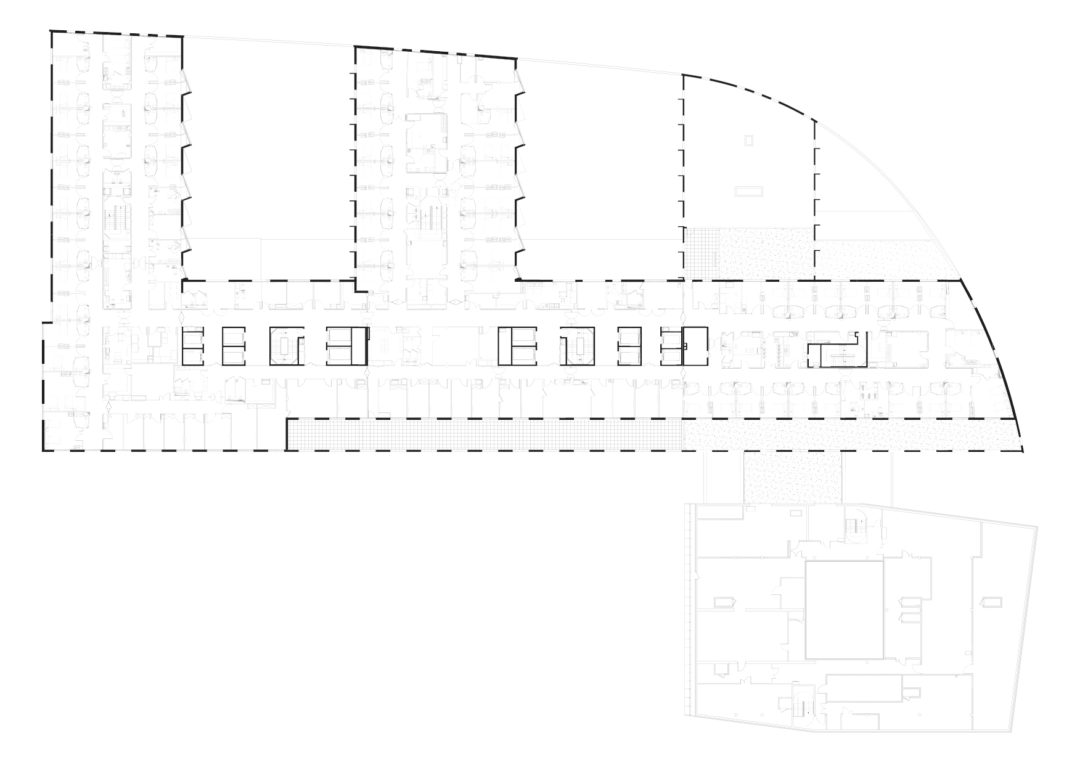 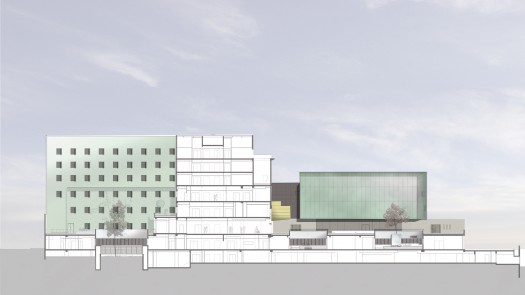 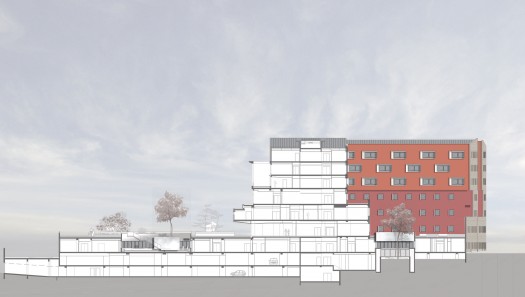