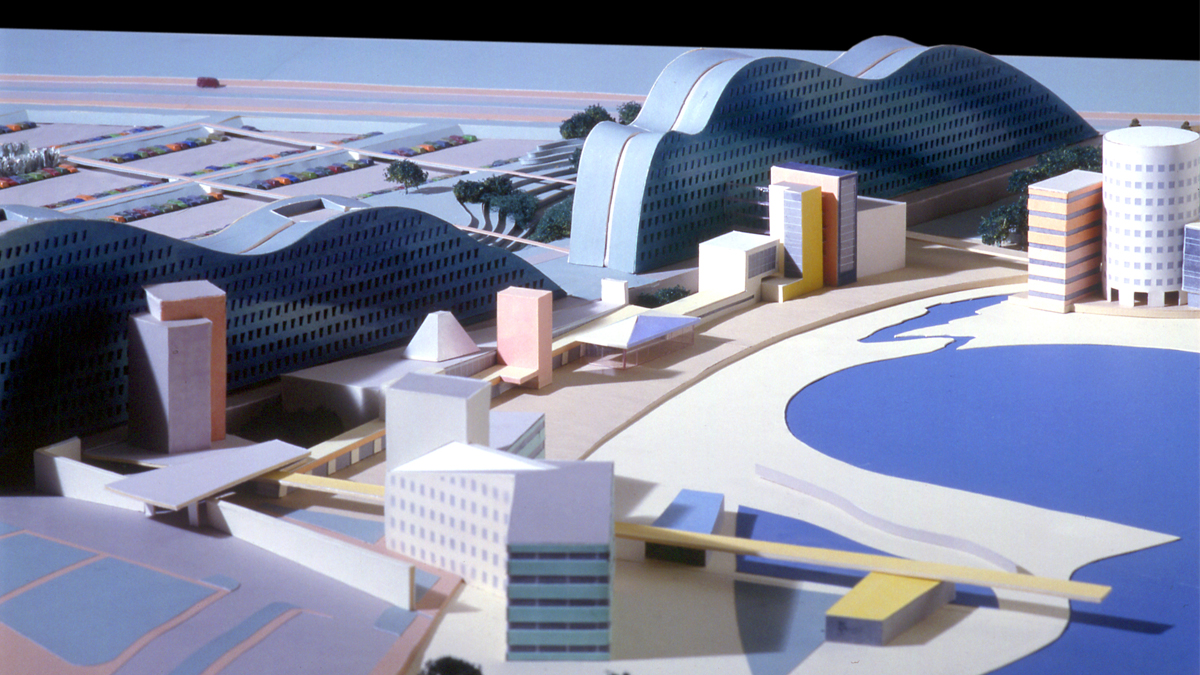 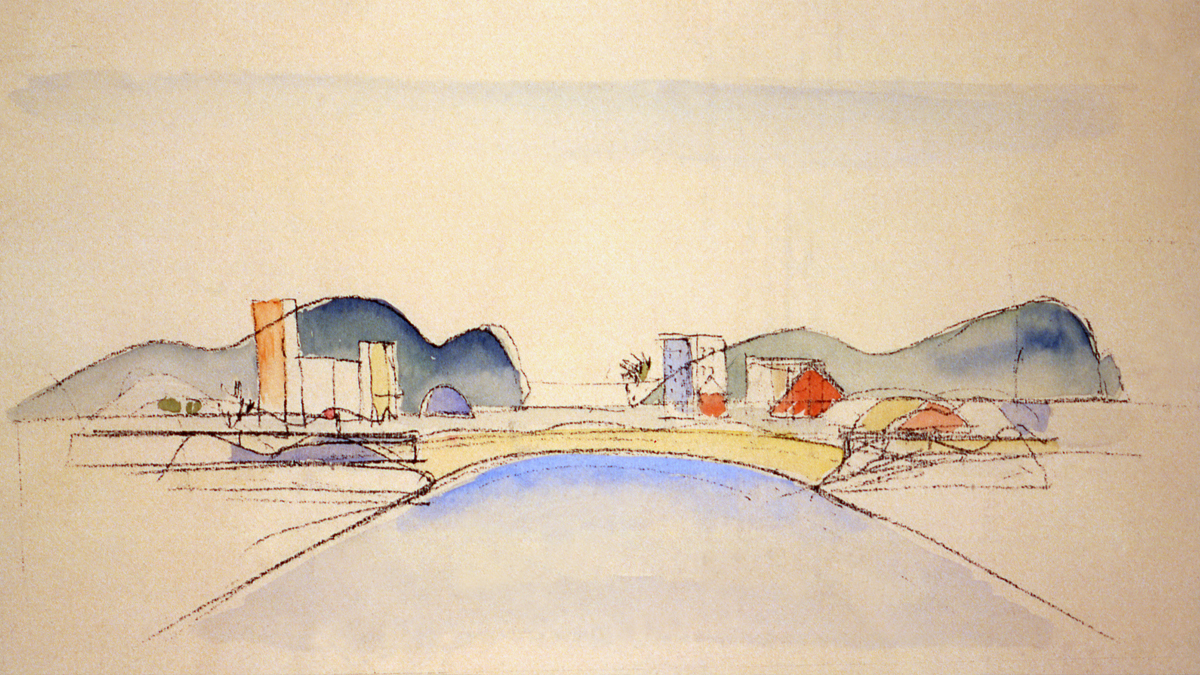 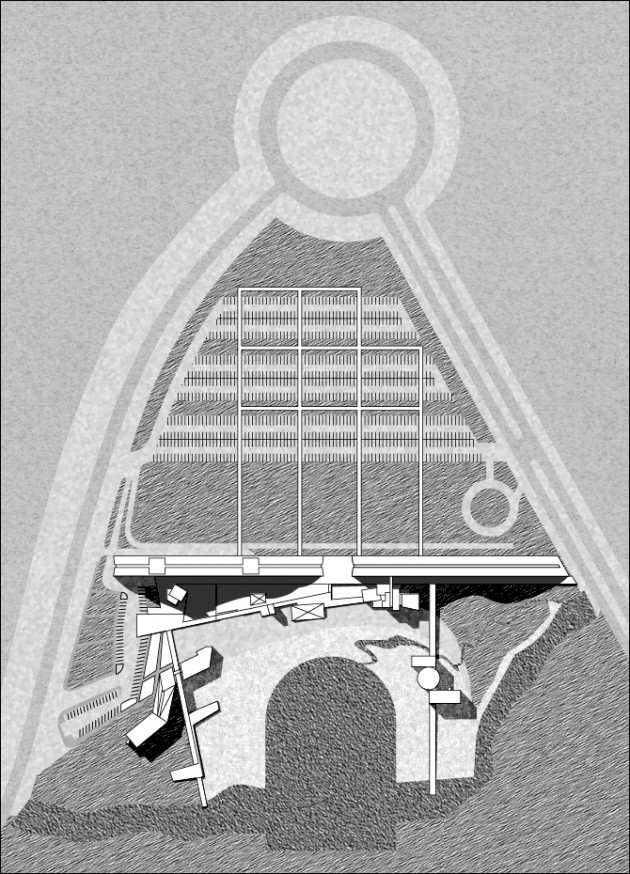 This project for a 1 000 room hotel in Marne-la-Vallée, was to have been part of a larger complex surrounding an expanse of water. From the principle access road, the hotel presents itself to the outside observer as a screen composed of two buildings which, in their mass and outline, form geological constructions placed on a flat, uniform site. These « screen » buildings, grey, sinuous mountains, contrast with an agglomeration of small, coloured object buildings that stand out luminously in the foreground, expressing the heterogeneous urban condition. This metaphorical homage to the city of Rio de Janeiro manifests fundamental poetic tension between geology and building. Thus we have to recognize that every project ultimately involves object and context, foreground and background, the located and location, as soon as it enters into a relationship with other objects. That is the game, the phenomenon, which this project explores. 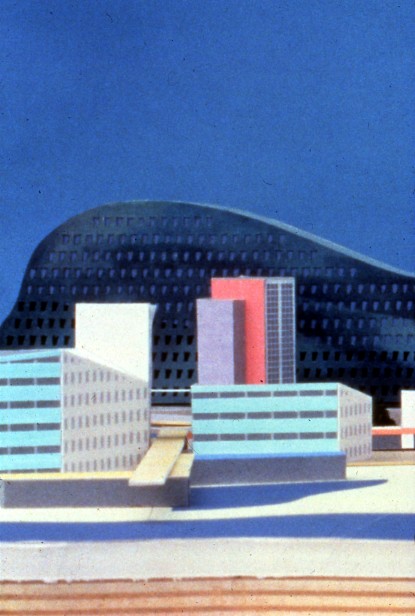 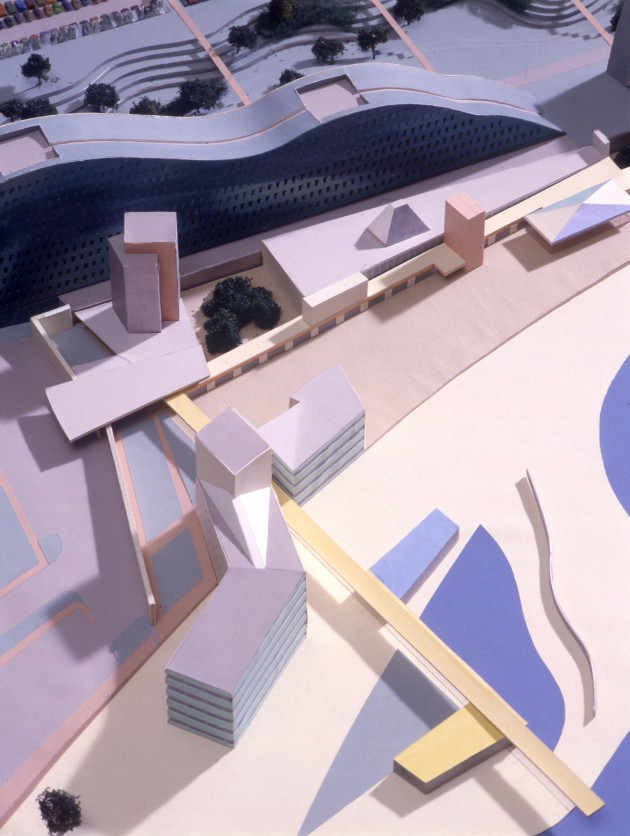