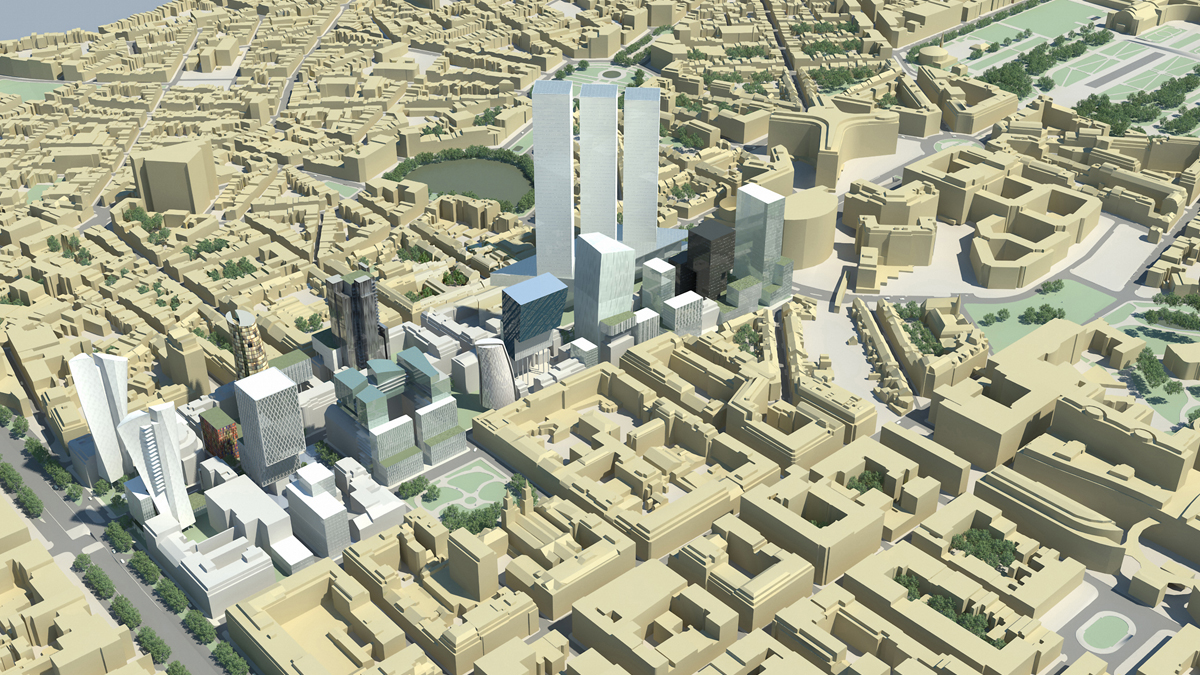 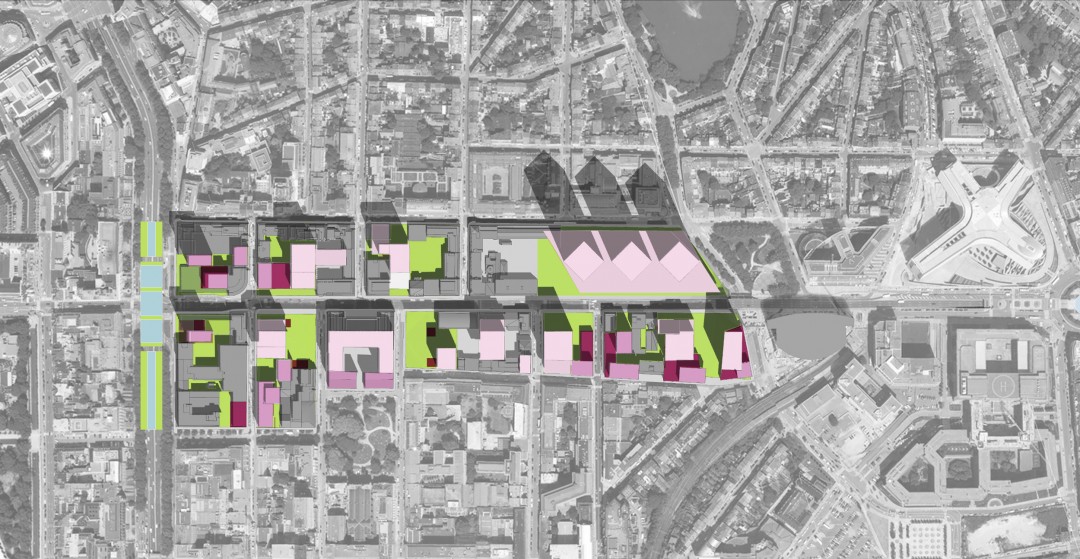 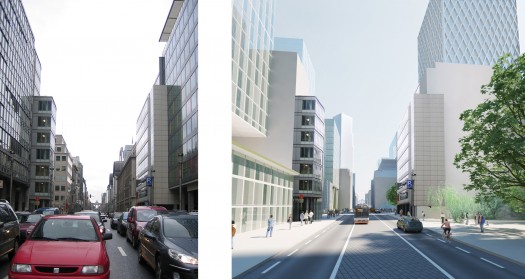 In the centre of Brussels, the Rue de la Loi, although at the heart of the european administration’s quarters, is lacking in urban dynamic. In 2008, an international competition was co-organised by The Brussels regional authority and the european Commission, to create a powerful image of the european entity, and the symbol of its integration into the Belgian capital, whilst at the same time, creating functional and social density, by building residential units, commercial structures and public spaces. 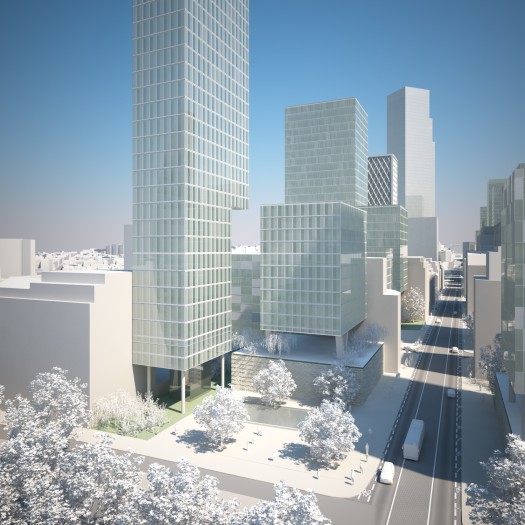 The situation of the Rue de la Loi is particularly fortunate for the installation of the european Commission, finds itself anchored into the heart of a living quarter of the city, rather than having been relegated into an isolated administrative zone. And this is also a piece of good luck for Brussels, where, precisely in its centre, discovers its role as a major European capital, as well as a metropolis of global importance. At present, the Rue de la Loi is closed in, a monotonous, rather drab corridor, hemmed in by the monarchical avenue which stretches from the Parc Royal to the Arcades du Cinquantenaire.
Christian de Portzamparc’s project is to progressively create a new administro-residential hub, into which the european Commission will integrate itself. This new pole will be modelled along the principals of the « open block », the famous Ilot Ouvert, so successfully exploited by Christian de Portzamparc since putting his urban and residential « human town » theories into practice in the seventies, with the Hautes Formes development, in Paris. The Rue de la Loi will be metamorphosed by this development, light being introduced, lateral vistas, and new perspectives being created, as the sky and the vertical volumes interplay with the existing volumes, albeit without any crush or crowding. 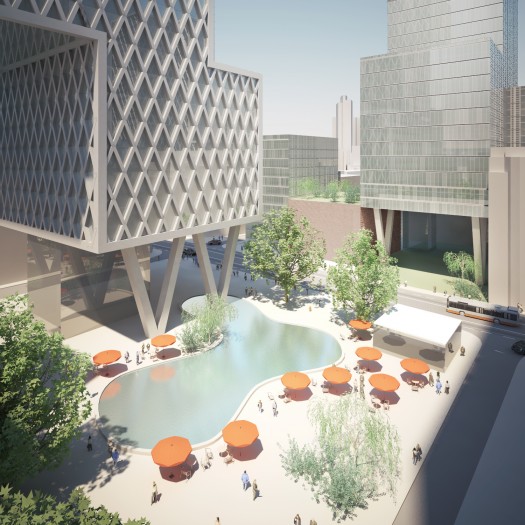 The european Commission building will, in this context, stand apart, on its reserved site. A separate entity, rising purer and higher than its surroundings, it symbolises the institution, and speaks out towards Europe and the world. The other towers in this development belong exclusively to Brussels.
The street environment will incorporate boutiques, urban oasis like cafés, terraces and « garden » sized parks, walk zones, tramway and vehicle circulation hubs and arteries, following a schema as yet in the design phase. 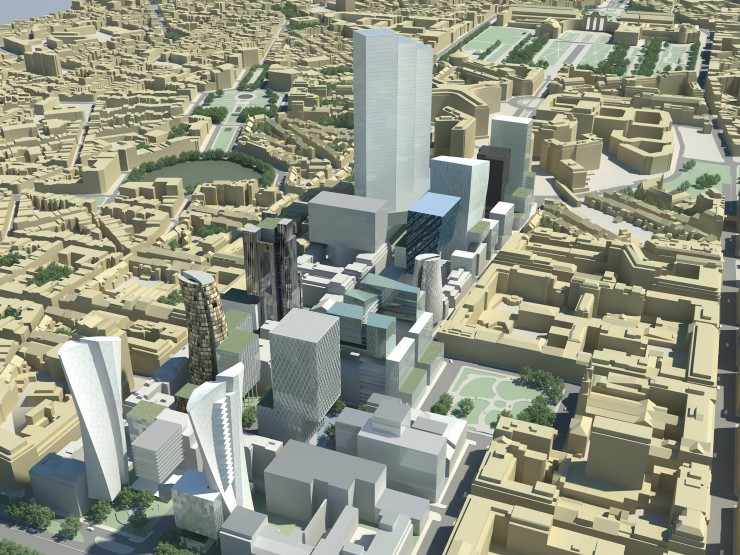 The definition of an urban program to restructure and density the Rue de la Loi, and its environs.

The Brussels Region, and the european Commission