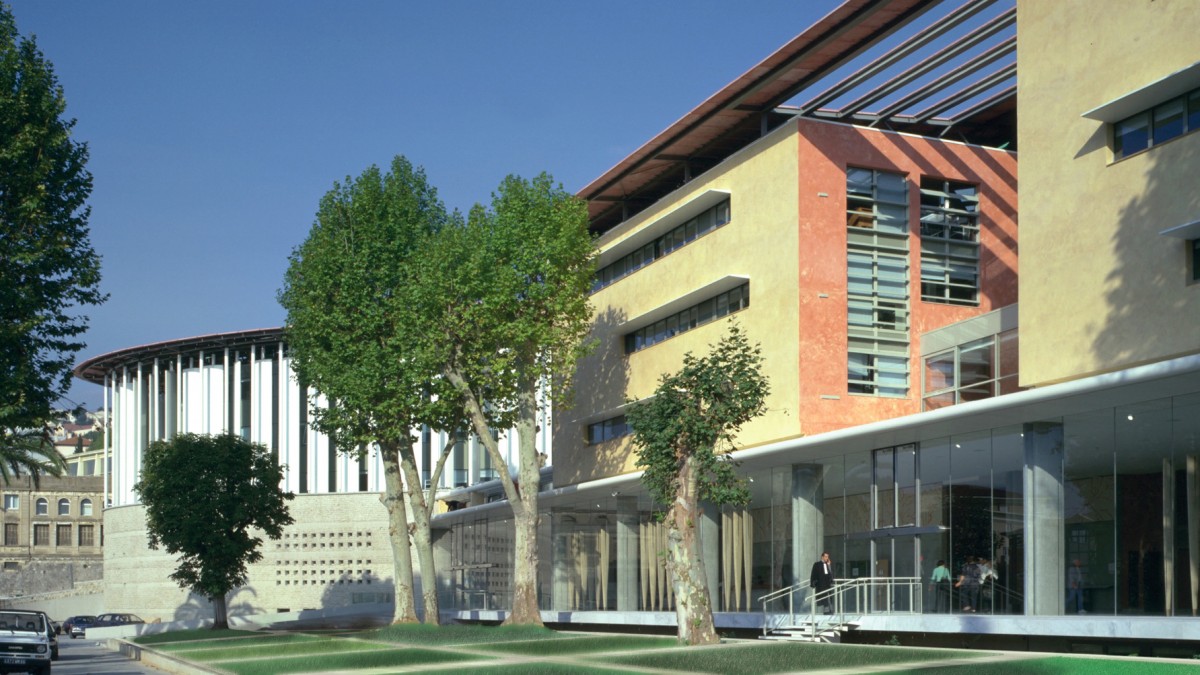 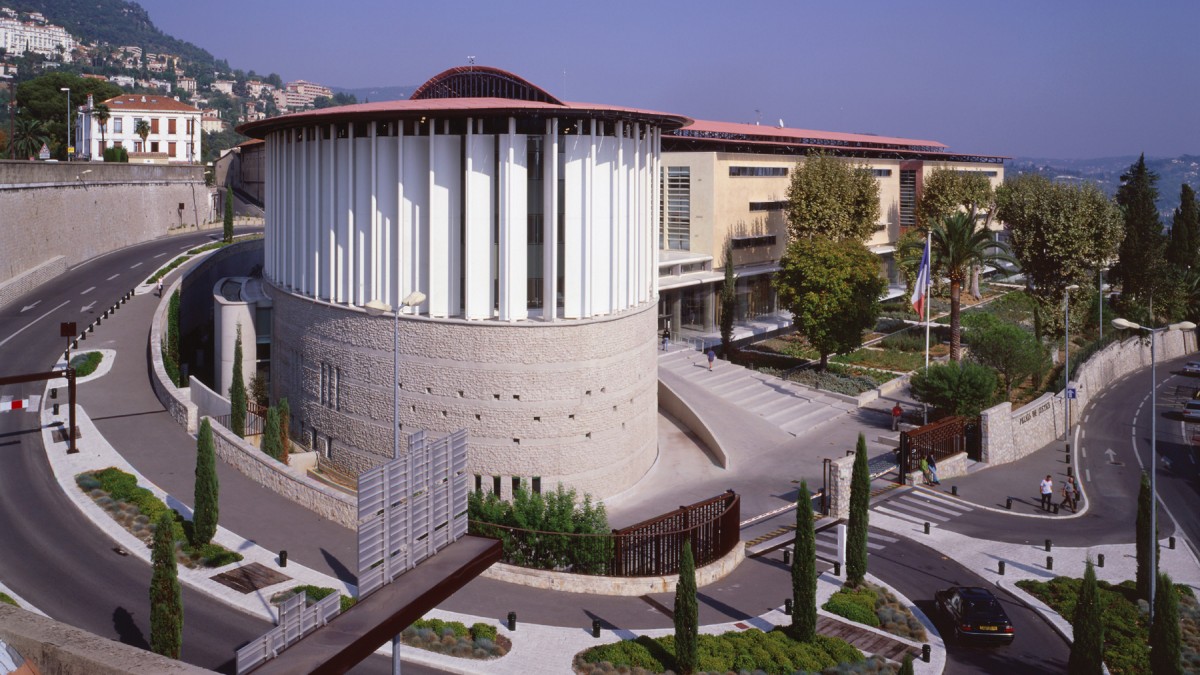 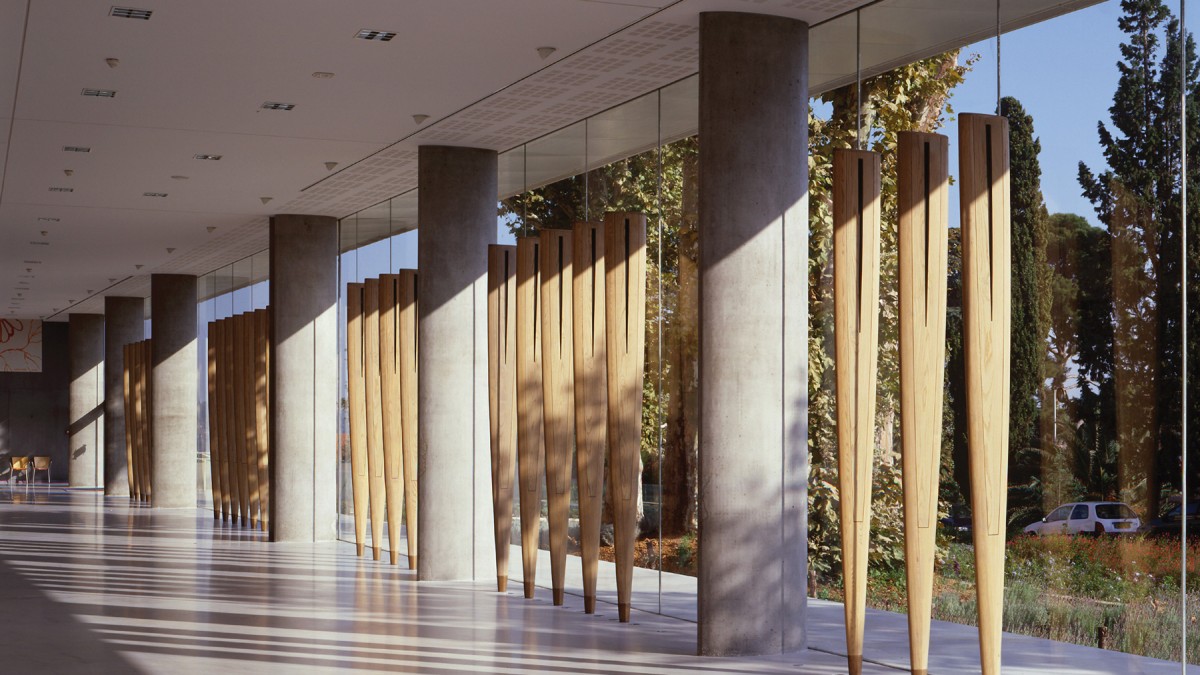 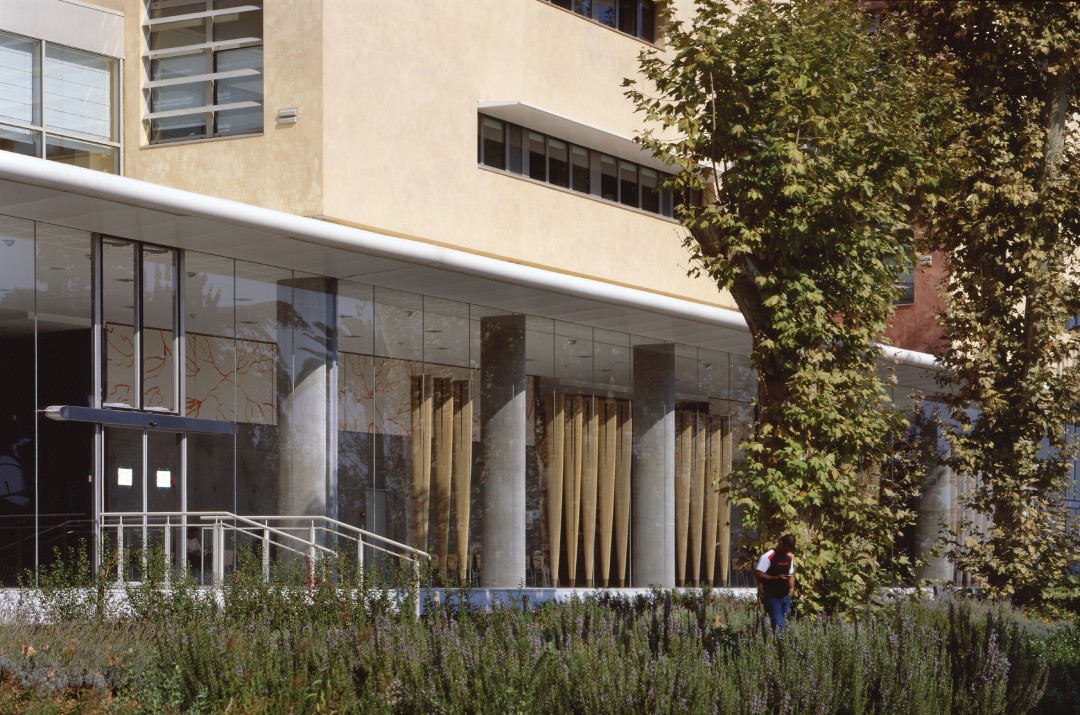 Ecology, energy savings and the need to adapt to a sunny climate were determining architectural factors right from the competition stage in 1993. They include mobile and non-mobile sun-breakers, interior courtyards, and a continuous ventilated double roof affording protection from the sun, the circulation of air and the integration of technical equipment. With its curved surfaces covered in red concrete tiles housing technical equipment, this roof constitutes a fifth façade visible from every point in the upper town.

Grasse is the steepest town in France. The site chosen for the law courts is a long terrace “restanque” on a slope hardly visible from the town, not linked to a large public space, axes or symmetry that would clearly situate the law courts in Grasse. The possible entries on this site are located on the upper and lower ends of a long bend in an avenue that winds steeply to one end of the terrace.

The architect used this feature to improve the visibility of the law courts by placing one of the courts, the commercial court, in the bend. Taken in its entirety, the judicial precinct forms appears as a tower, a steady pivot around which traffic flows, along the bend of the town’s beautiful retaining wall. The commercial court is an elliptical shape. The lower enclosure contains the courtrooms. The facade of the upper floors, where the offices are located, is equipped with large white mobile sun-breakers that shield the building from the sun or open up to reveal the vast landscape of the valley.

Each of the three courts of justice (commercial, criminal and civil) that make up the judicial precinct is arranged along the terrace and disposed around a long waiting hall that forms a gallery overlooking the garden and views from the terrace. The interior design of the courtroom was conceived by Elizabeth de Portzamparc. 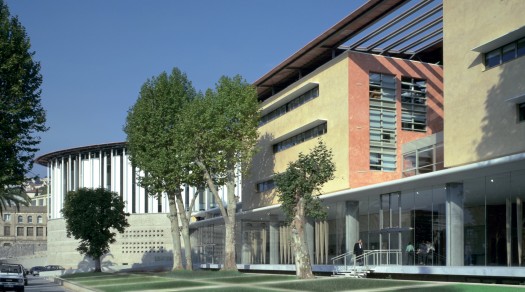 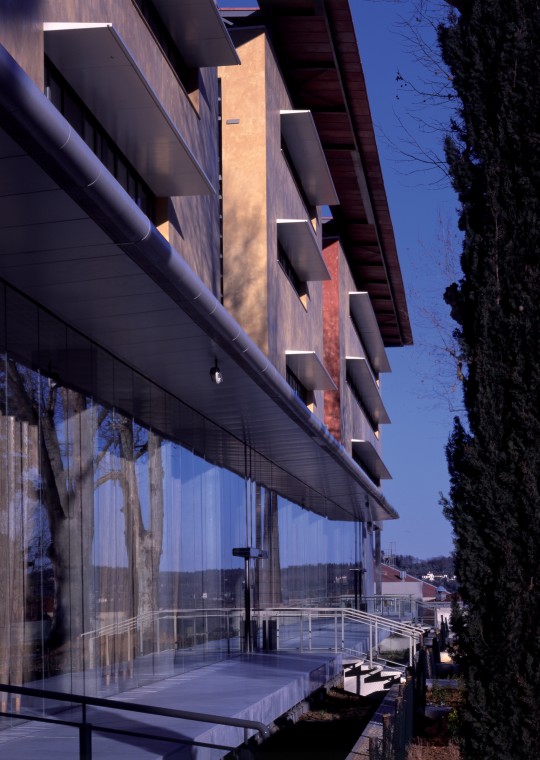 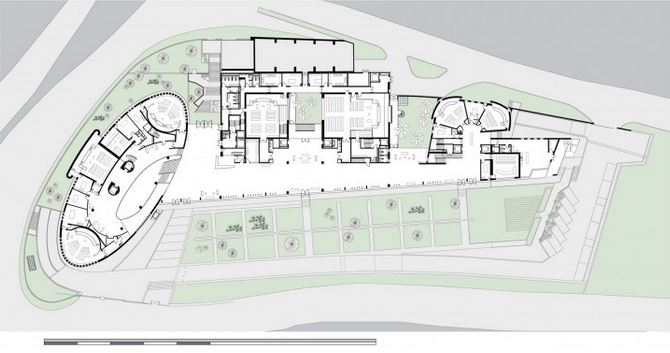