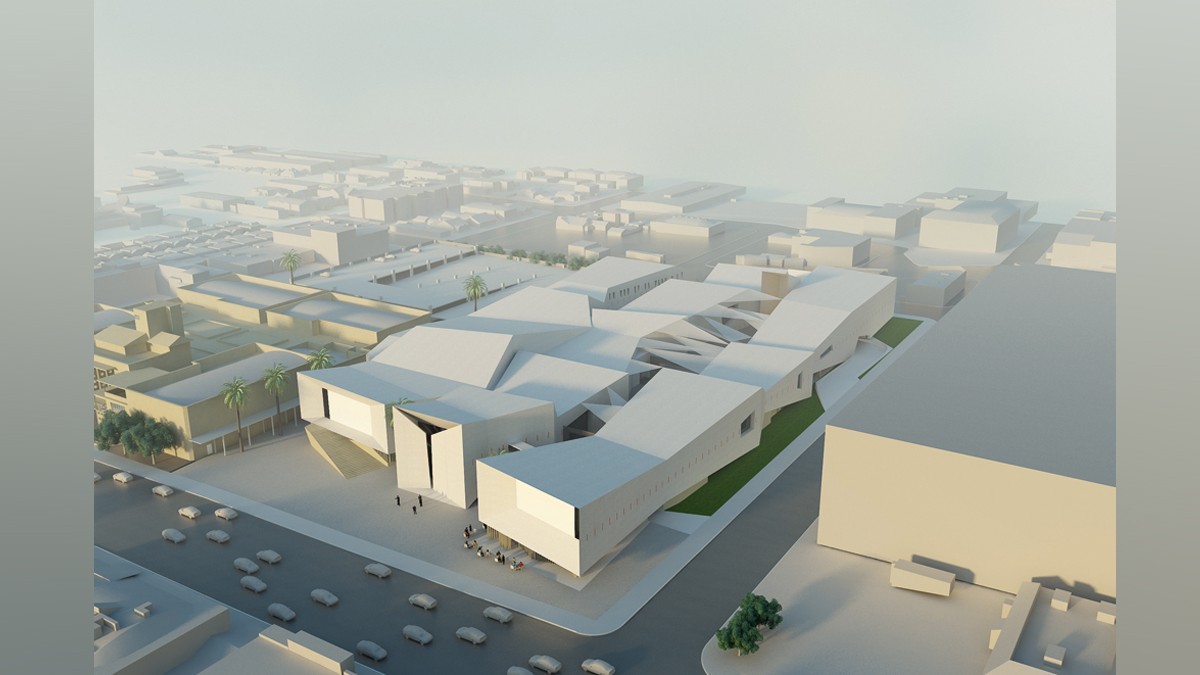 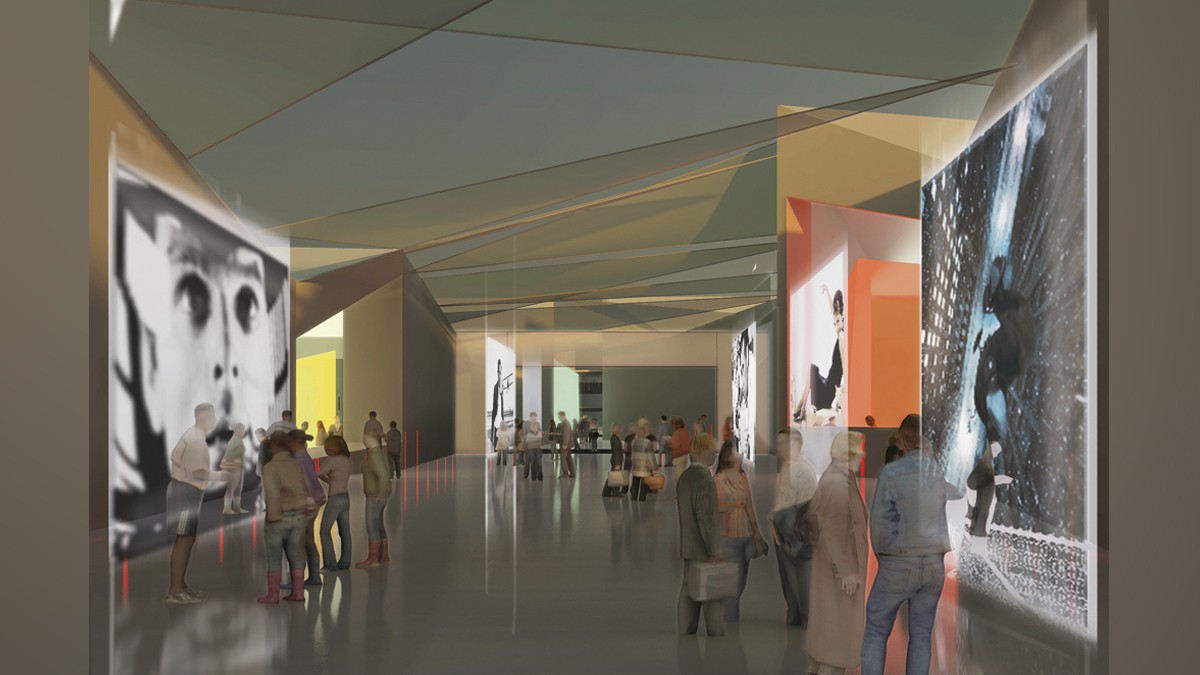 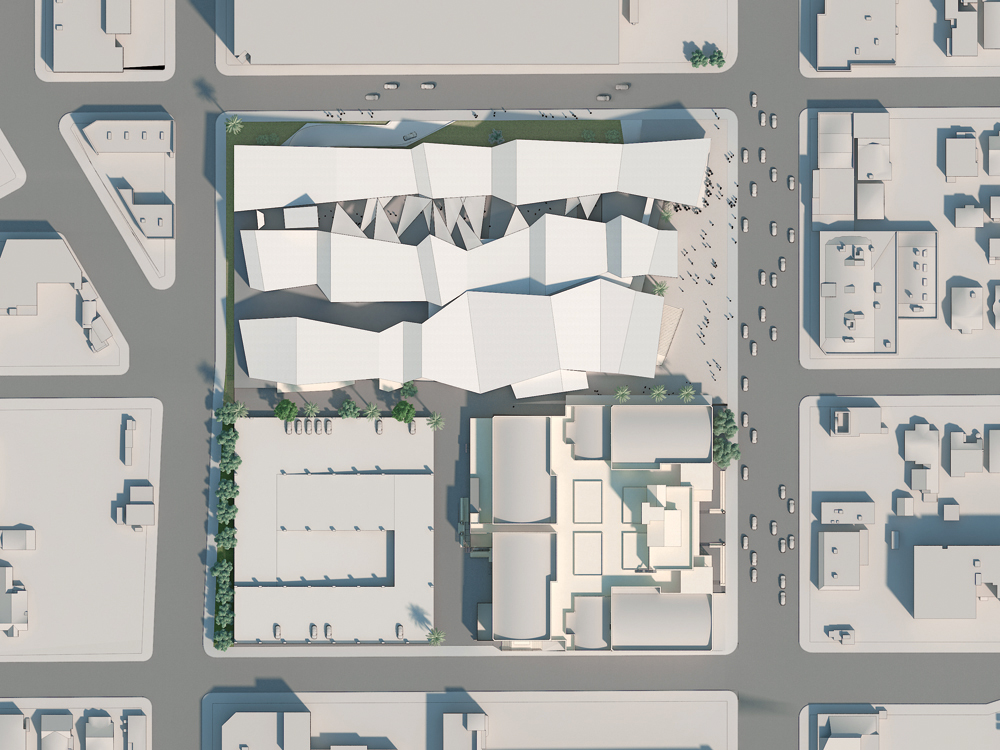 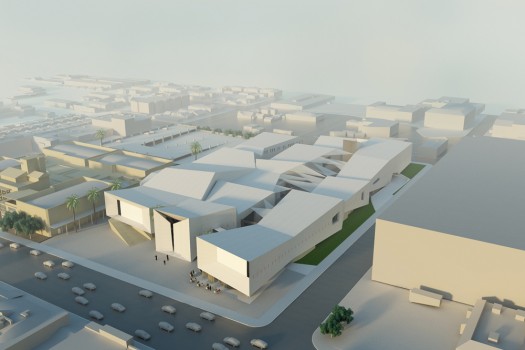 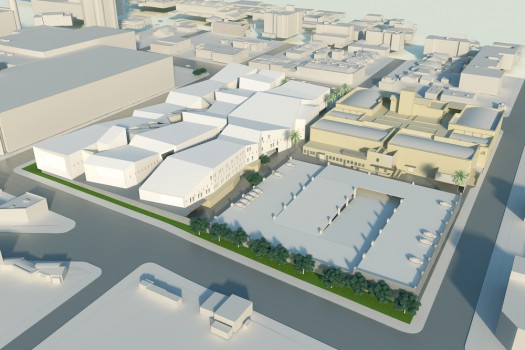 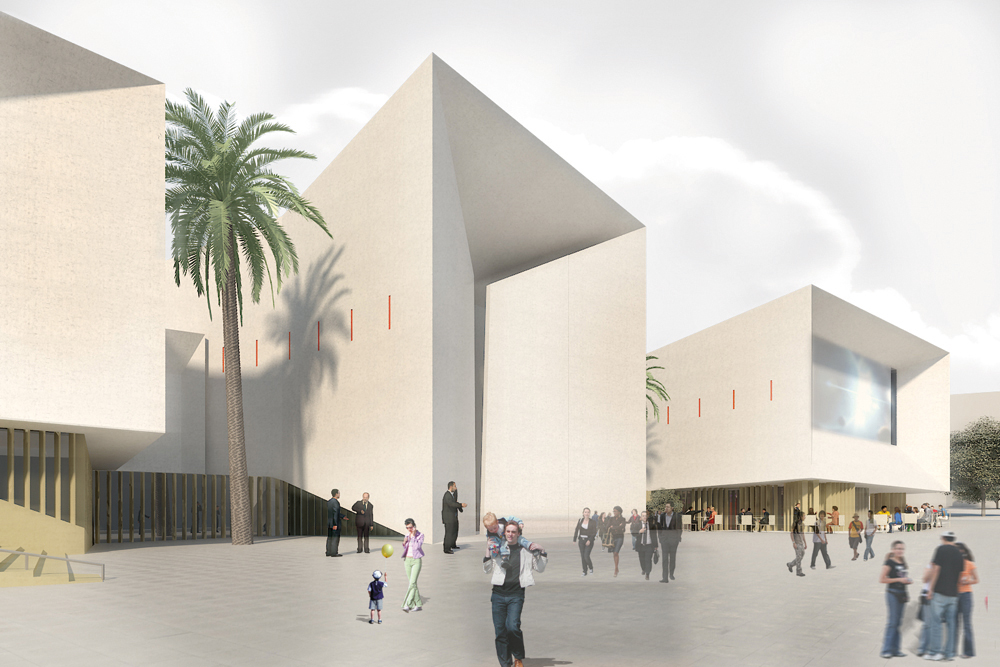 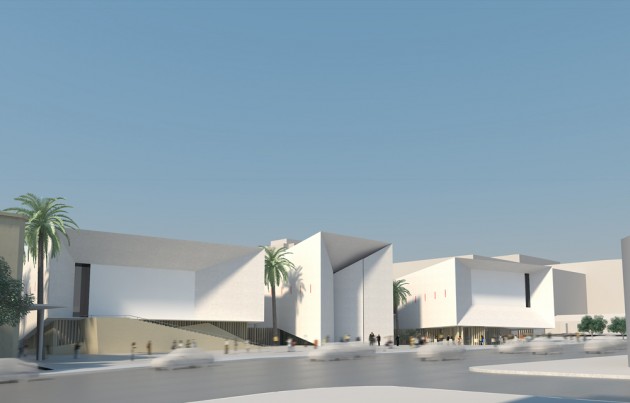 In November 2007, Christian de Portzamparc was selected amongst 300 architects through a long casting process to build the Academy of Motion Pictures Museum in Hollywood.

The project is described by the Academy of Motion Pictures Arts and Science (the Oscar institution) as the most ambitious monument ever in the “…history and influence of world cinema…”.

In two years, two different projects were conceived under the direction of the committee and its president, Syd Ganis. They both followed different alternative programs and they were both articulated around a mysterious entrance pavilion, a dark high room accessible from the piazza, and located before the ticketing area. This first room was the architectural response to a demand from the Academy, that Steven Spielberg described as an immersion room, immersion into the phenomenon of the projected image. As he also said, “…movie begun when men moved the shadow of their hand on the wall of a rock, it is all about light and shadow”.

Both projects installed a piazza on the side of the street next to the existing Mary Pickford center. This public space was allocated to ceremonies such as the premières, while the buildings were conversing with the city through architectural screens, showing movie sequences. 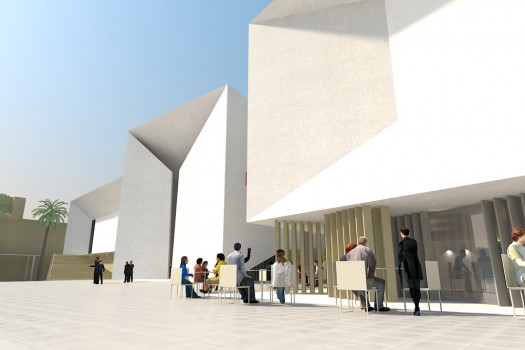 The image of the first project was a tectonic emergence with faults and screens; the second was made of long “train” buildings accompanying the exhibition journeys and ending on the piazza as pavilion screens.

The public enters into the darkness to rediscover the lost light, through the lighting of the movies… Visitors reach the different exhibition zones (temporary exhibitions, movie making, history of movies, the Academy…) through a sequence of spaces that would provide specific visual experiences. Horizontal, unified, fragmented….. The route is like a movie itself, a canvass offered to the imagination of different and multiple directors.
This tour through the museum takes place in an open yet covered volume.
Only exhibition spaces require climate control. The will of the academy was to avoid air conditioning on a major part of the building.
Both projects give particular attention to the journey through the different parts of the Museum, history, arts, and technique… The trail ends once the visitor passes through the mirror, reaching the ultimate exhibition houses… He has entered the world of the image.
From the upper terrace, the visitor can visit the belvedere and the garden on the back of the museum, slowly leading down towards the exit… 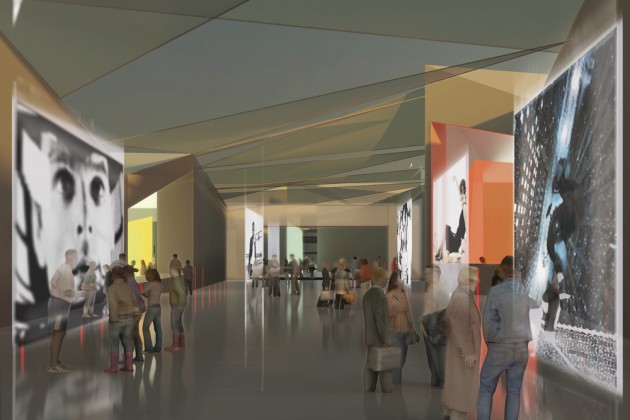