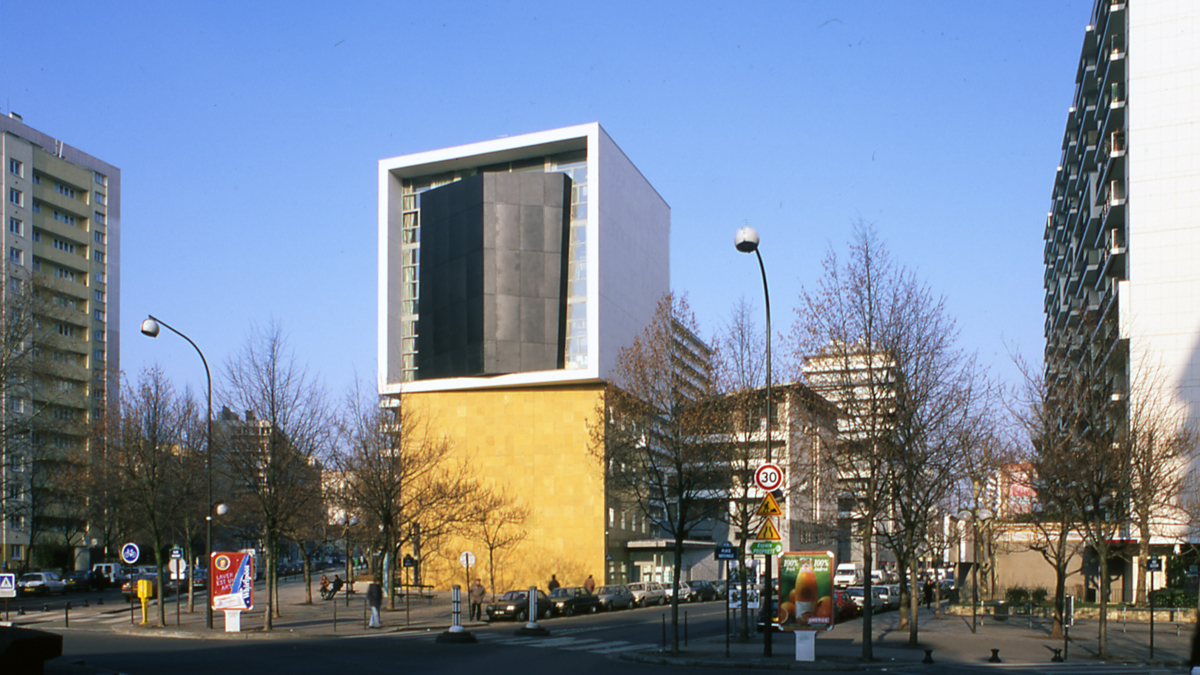 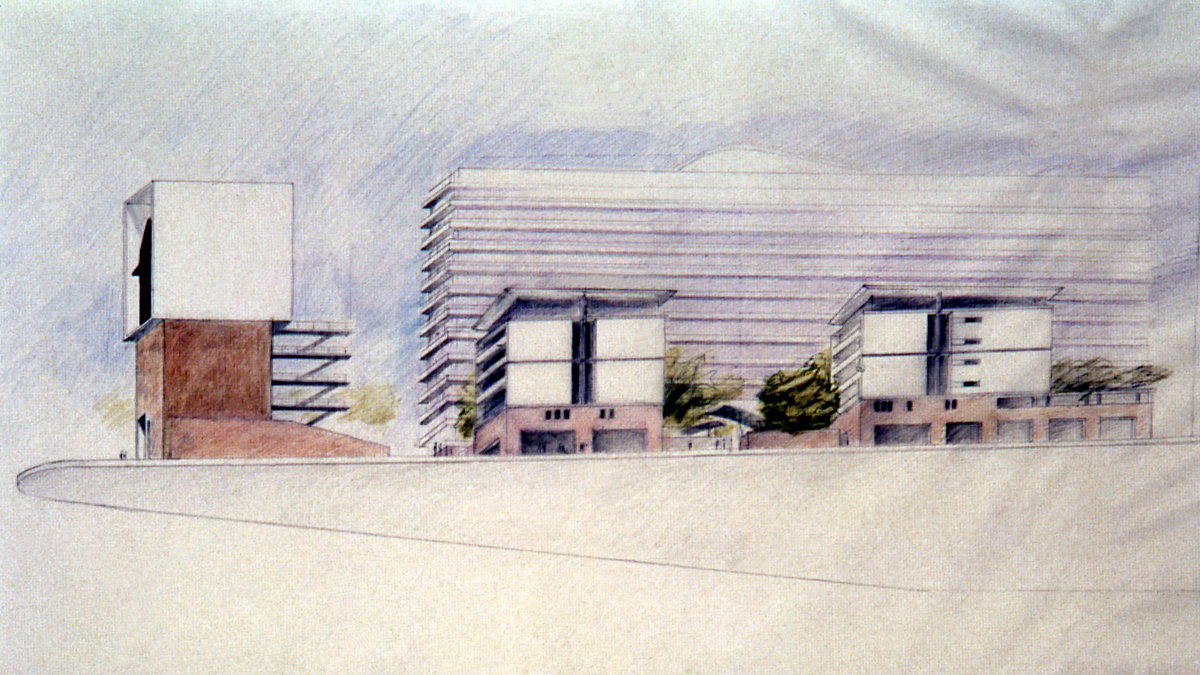 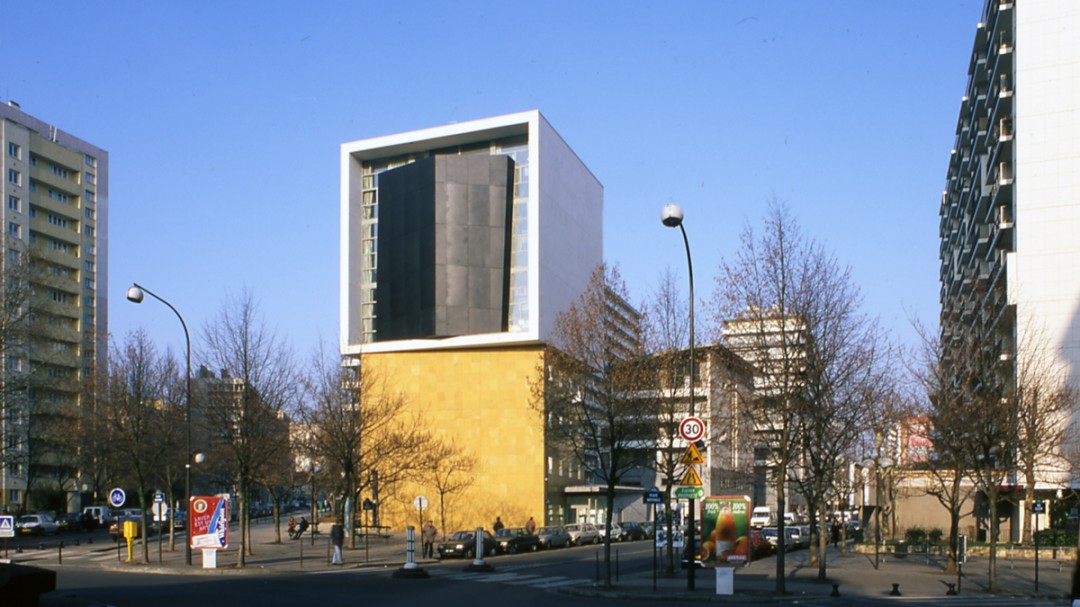 In 1991, a subject emerged that has since become of vital importance: the transformation of buildings without moving their inhabitants and the renovation of neighbourhoods in tandem with their buildings, entries, facades and interiors.

In this traditionally working-class neighbourhood of the 13th arrondissement of Paris and the “Hautes Formes” district, the urban renewal programmes of the 60s and 70s had left behind a hybrid city of blocks and towers typical of “housing complexes”, with their distended and abandoned public spaces designed to break with the old street alignments which had become busy thoroughfares. These complexes shared the urban space with an older urban network of small buildings built along streets. The modernist clean sweep was incomplete and the result mixes two diametrically opposed urban concepts. Era 1, the city of streets. And Era 2, the city of objects that the urban planner placed on a virtual grid with two perpendicular directions to make sure new buildings didn’t align with the streets! It was designed to give an impression of modern urban planning!

The site consisted of four large blocks of housing and between them and the streets, space was abandoned. Useless, Christian de Portzamparc reduced this size of the public spaces and separated them clearly from the news private areas (entrances and gardens). He demolished a small block that cast a shadow over the area and built two “villa buildings” to restore the alignment of the street on which, between these new buildings, he created an entrance opening onto a garden shared by all of the residences. The housing on the ground floor was removed and replaced by new transparent halls between the eastern and western gardens which connect several staircases.

The housing was acoustically and thermally insulated, and the woodwork replaced. The balconies were extended from 80 cm to 1.80 m and equipped with blinds, becoming living spaces. This transformed the facades from which the structurally useless vertical lines were removed.

In the rear garden, the smallest block became a whole new building through the creation of loggias and the replacement of a layer of insulation. The residents could now open their French windows onto terraces overlooking the garden.
On the large Place Nationale, the idea was to install a public symbol: an art school for the City of Paris, made up of two superimposed cubes that took the place of a small block and its former garden. The artists’ studios were accommodated in its upper spaces. The school has given meaning and new life to a square that was once a simple crossroads. 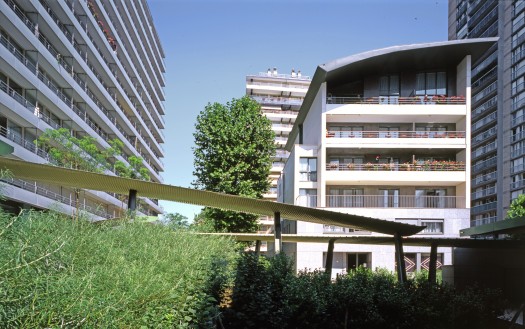 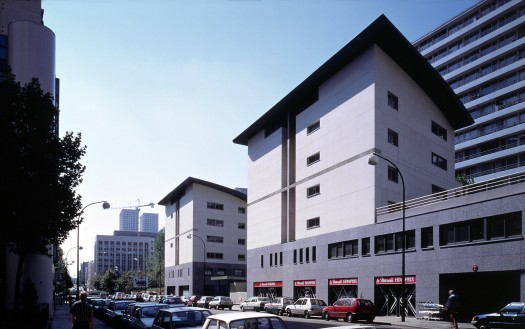