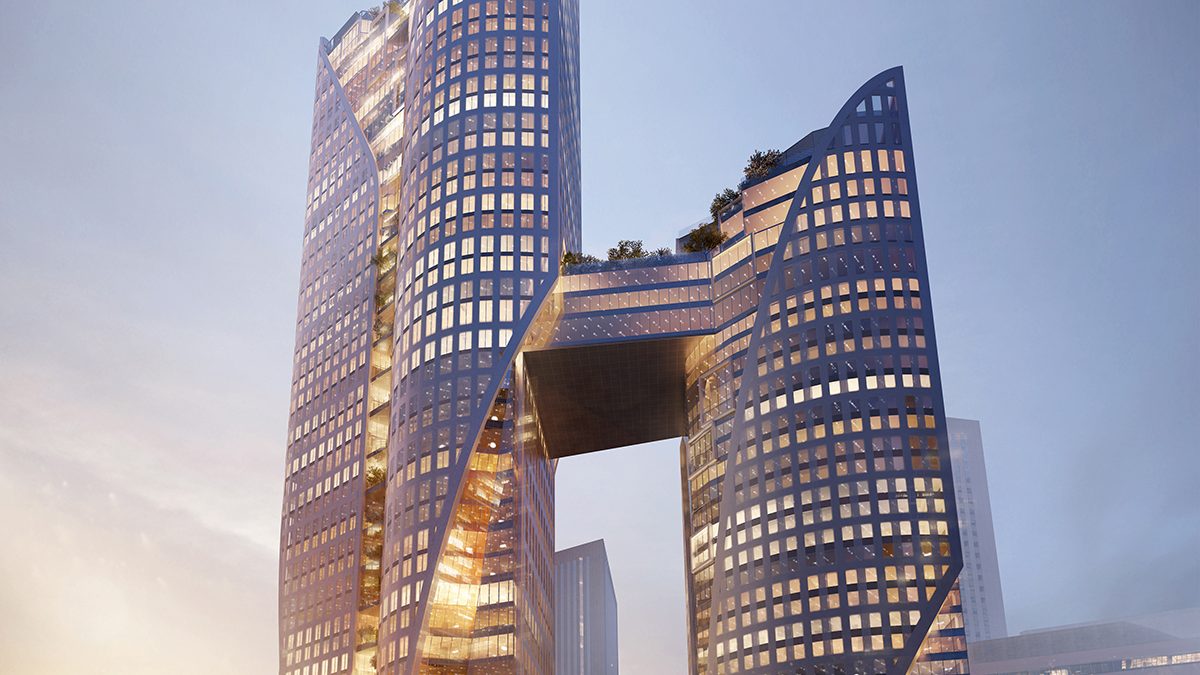 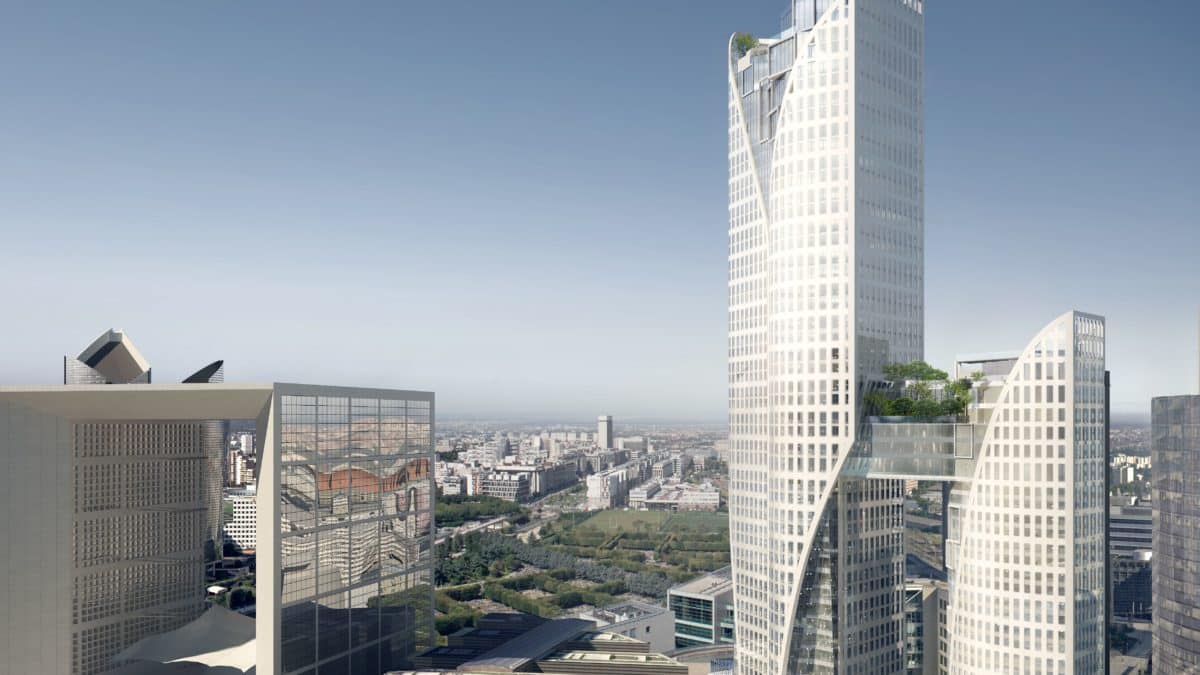 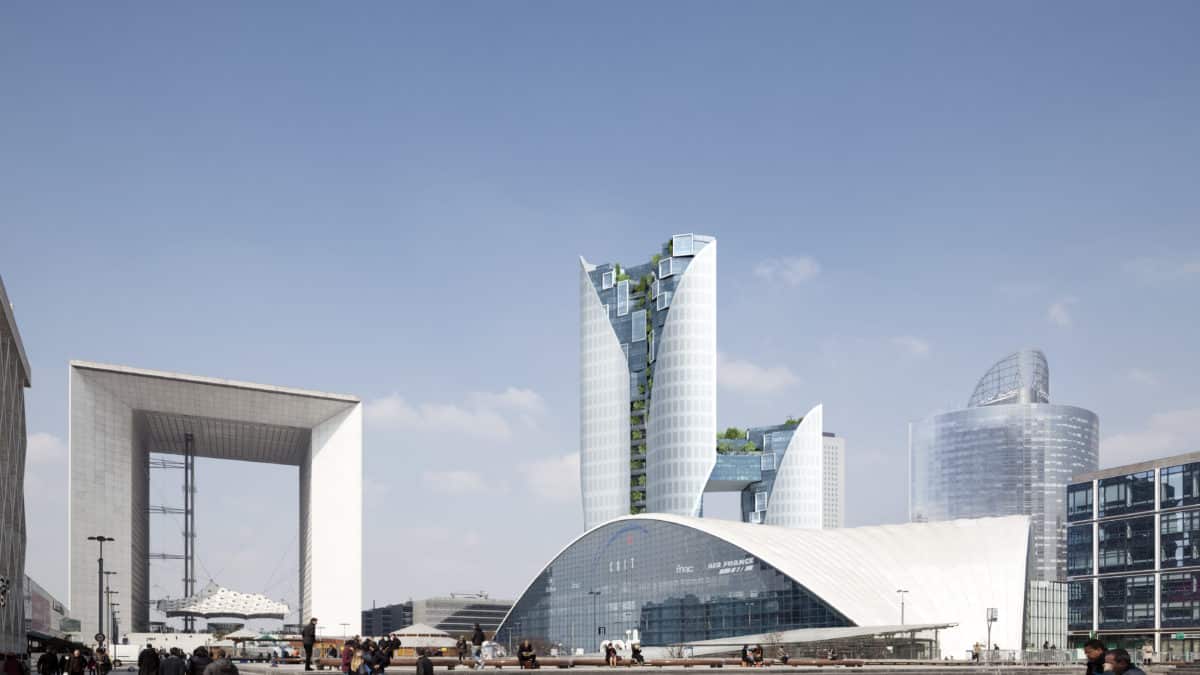 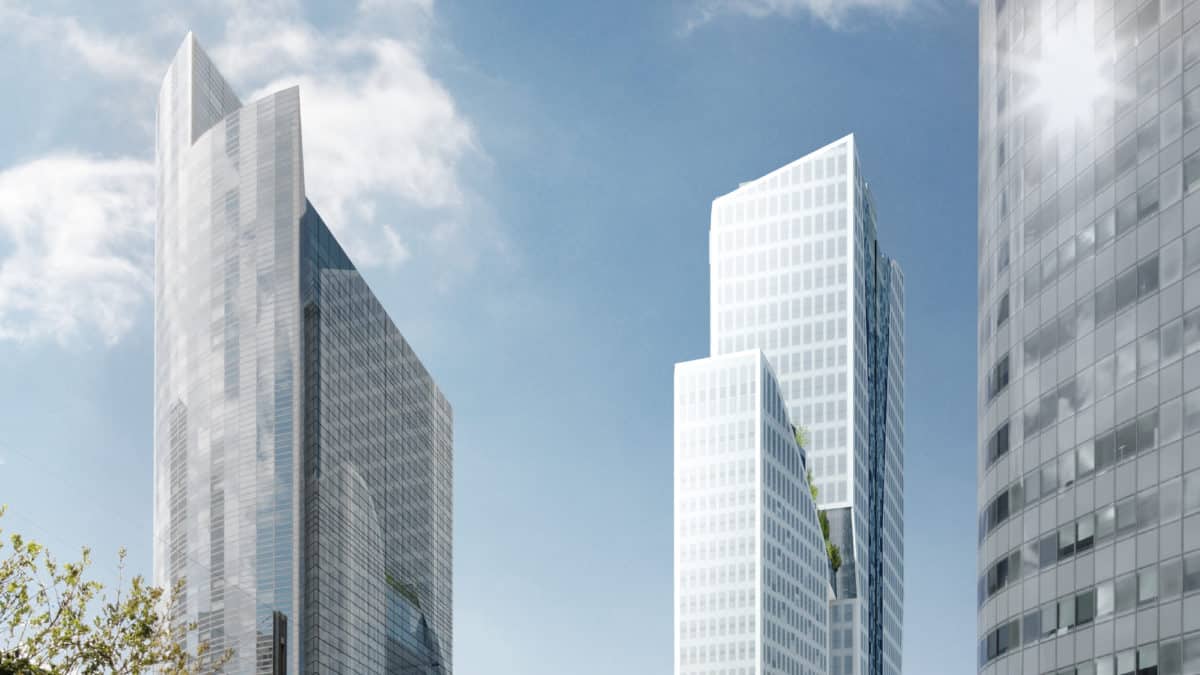 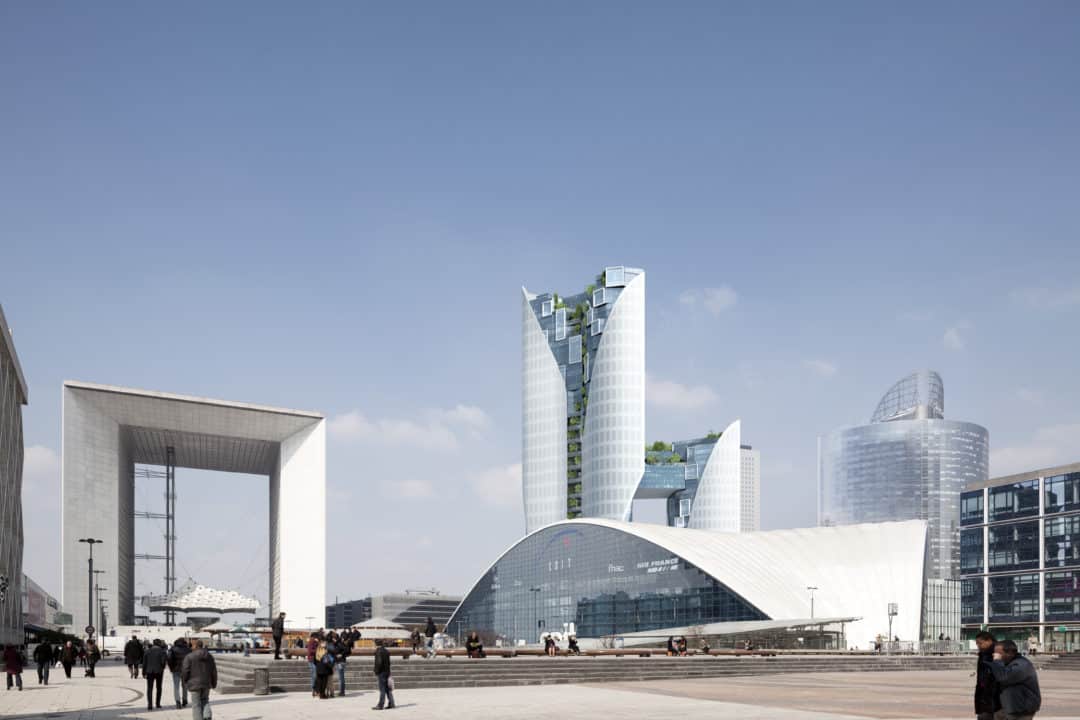 This project is located in the heart of the vast business district of La Défense, between the two emblematic buildings of CNIT and La Grande Arche. Unibail’s programme consists of two towers linked by a manned bridge (northern entrance on the esplanade from Courbevoie and crossing of the circular boulevard).

The West Tower houses offices and the East Tower houses a 4 star hotel and a hotel residence. Unibail’s request insists on office trays grouped in pairs with open views and planted loggias-gardens.

In the extension of the loggias on double height, a void on two levels with a staircase connects the reception level and the mezzanine. The position of the building is exceptional but the basement, occupied by the railway lines, determines the constructability and the very shape of the project.

The two towers must extend beyond the polygon, formed by the possible locations of their foundations. They find their surface in height, developing in cantilever towards the esplanade. Presented as three curved leaves that appear to spring from the ground, the towers work like consoles that widen over a high height and resonate with the curvature of the CNIT hull.

They are covered by a protective glass skin silkscreened with thin white lines that allow the view to pass through but filter out UV rays.

The office building benefits from an elongated plan that favours naturally lit spaces and limits spaces in the second day. Between the towers, a bridge building crosses the Carpeaux footbridge and houses an auditorium, a restaurant opening onto terraces, a fitness centre and a swimming pool, as well as a restaurant-bar with a unique suspended viewpoint, halfway up the surrounding towers, revealing a spectacular panoramic view of Paris and La Défense. 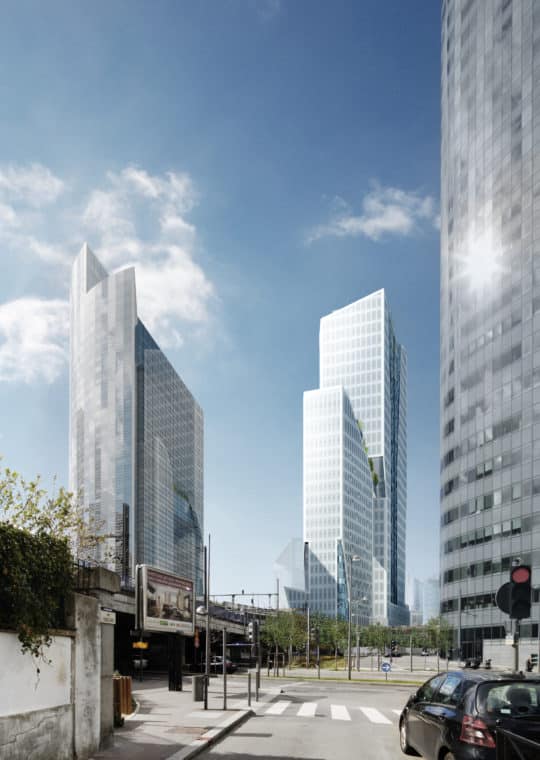 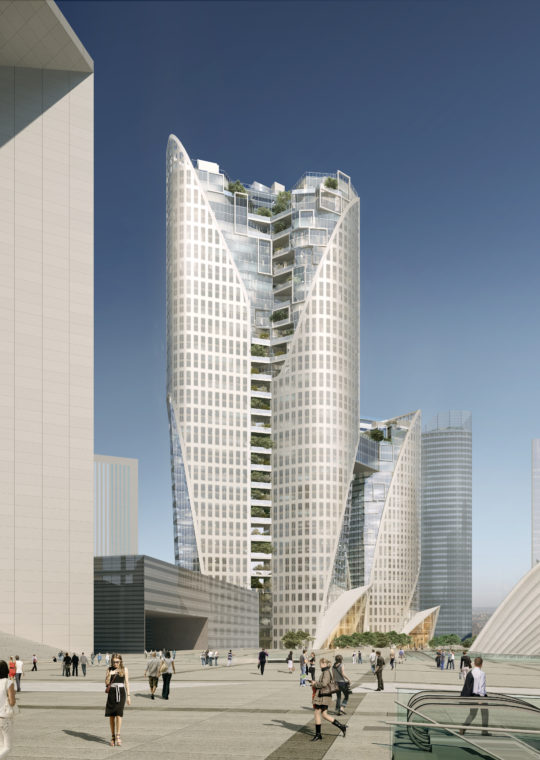 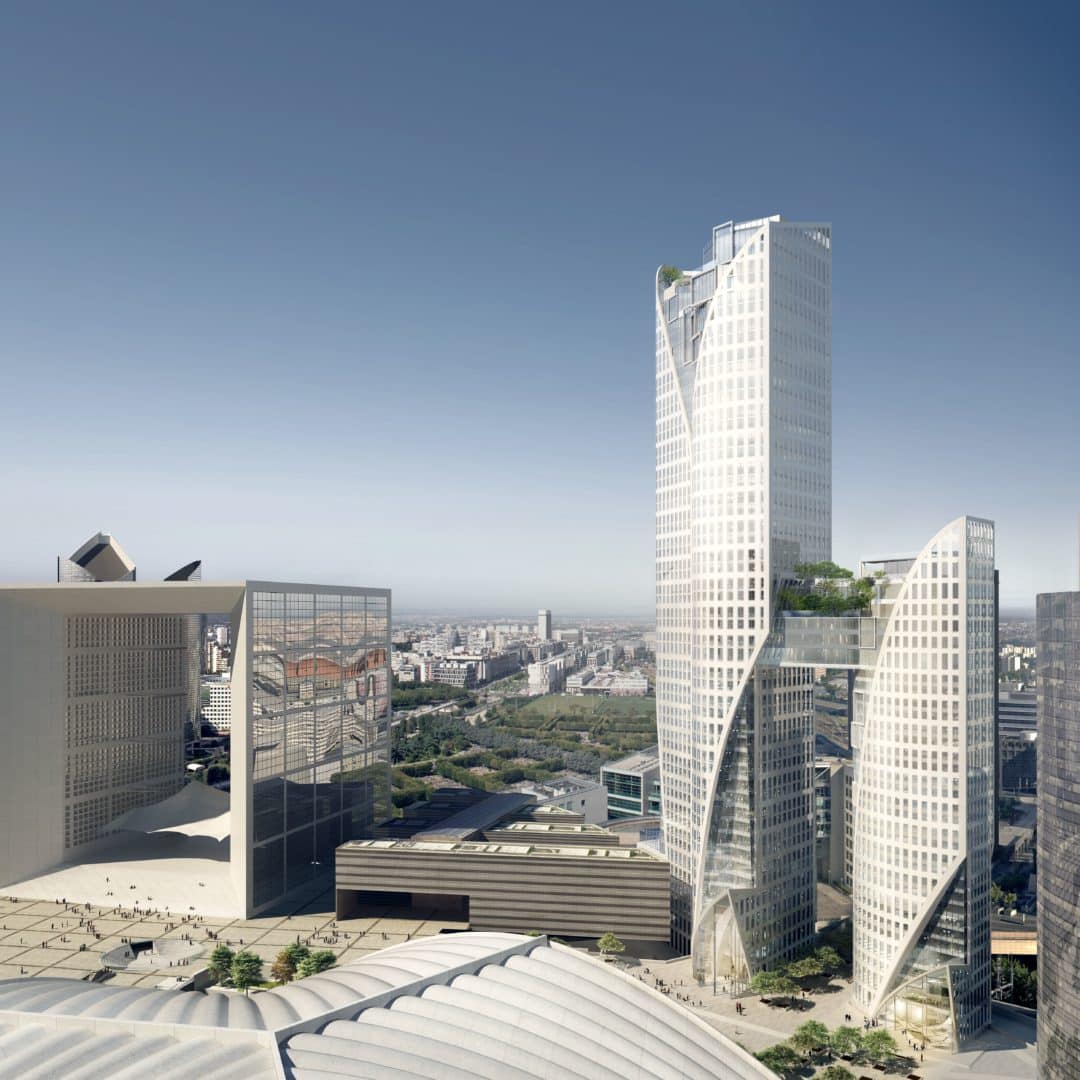 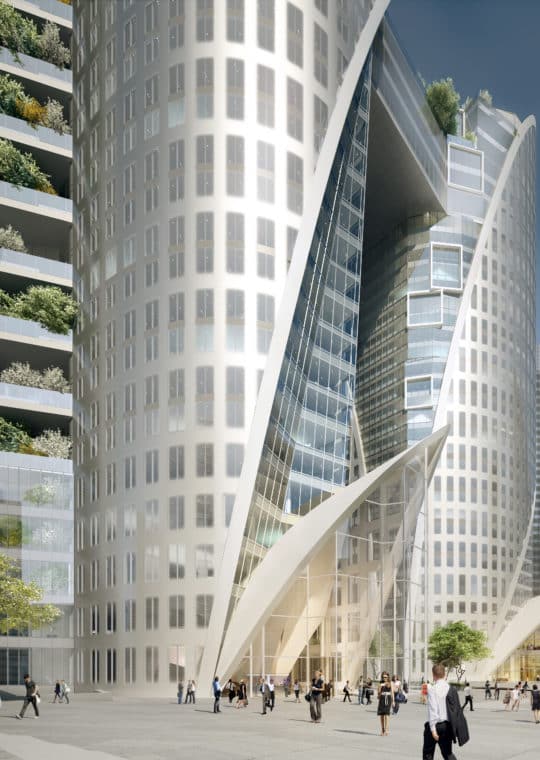 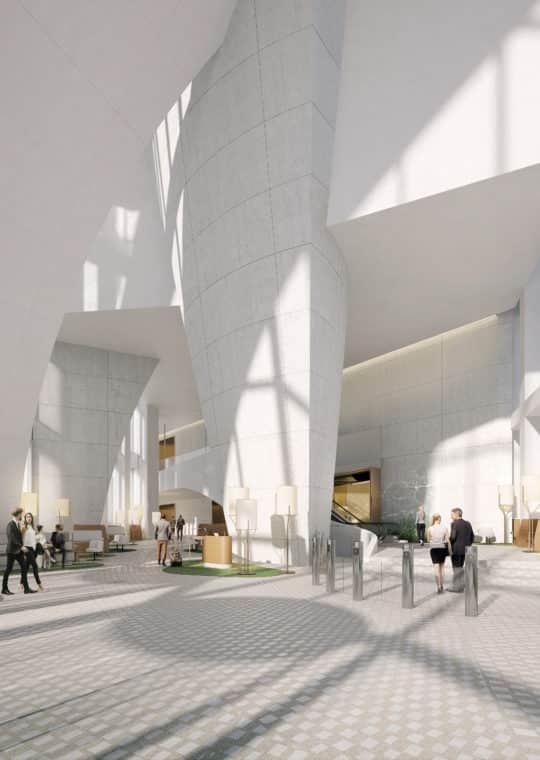 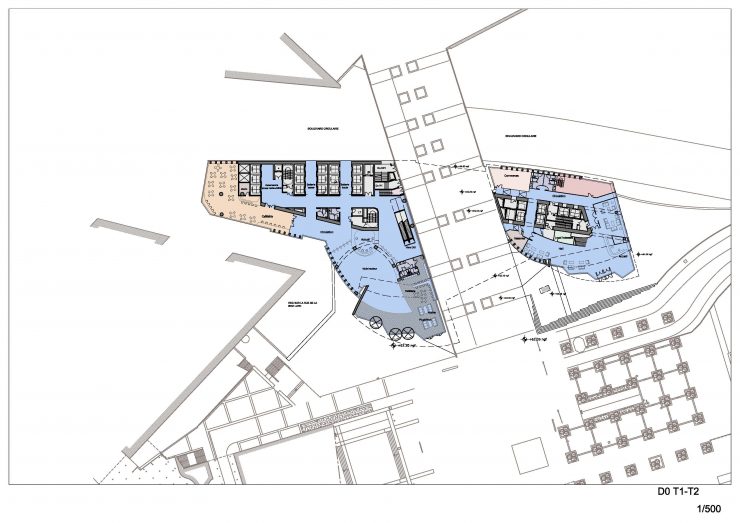